The 1,000-MPH Bloodhound LSR Project Needs Another Millionaire to Save It 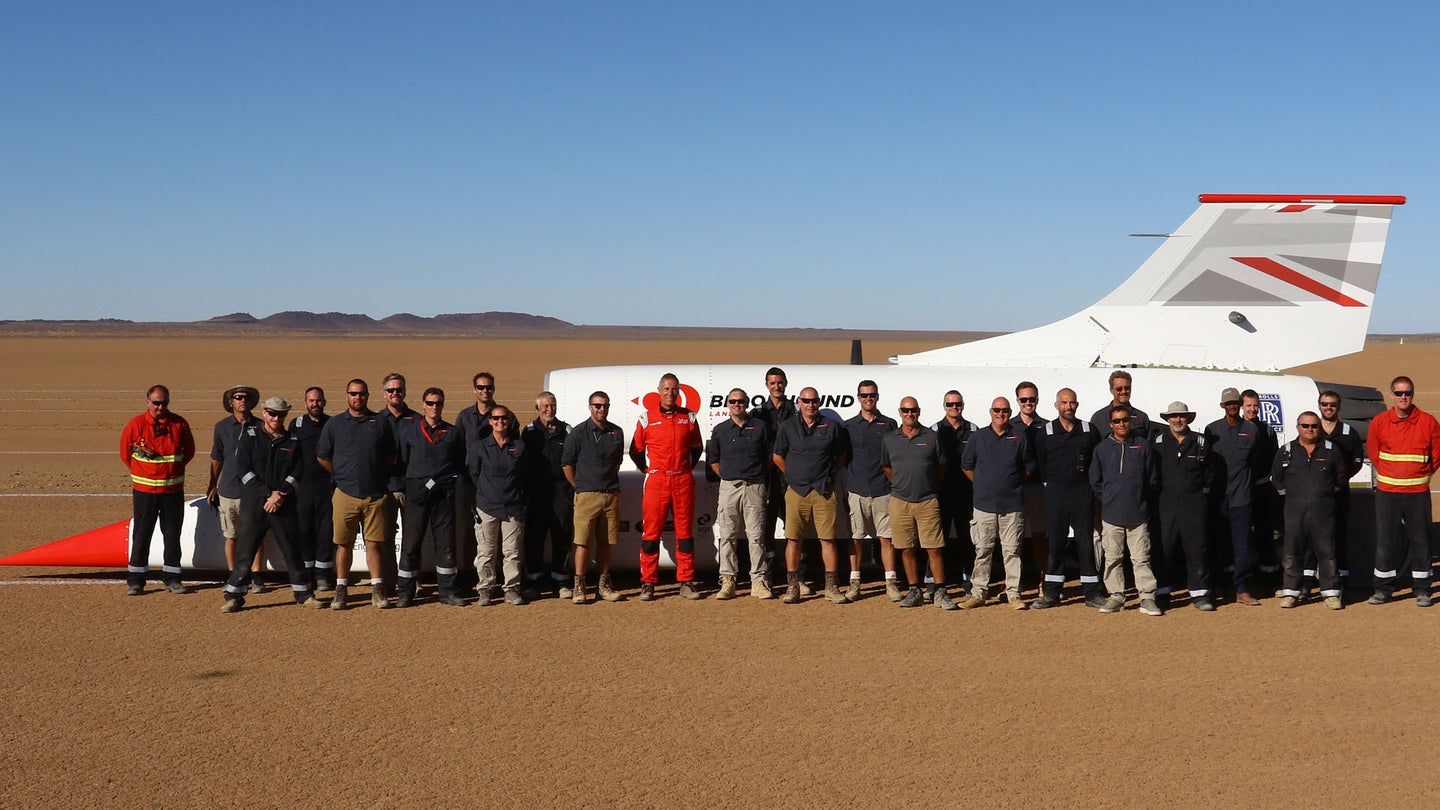 The 1,000-mile-per-hour Bloodhound LSR initiative has had a difficult time with funding pretty much throughout its entire existence. The project went into administration in 2018, but was saved in time to get back on-course for testing in late 2019. By November that year, the jet-powered vehicle hit 628 mph, well over halfway to its goal and closing in on the 763-mph mark set by Thrust SSC in 1997, unbroken ever since.

The attempt to make a 1,000-mph car and drive it on earth's surface is an honorable one in terms of raw engineering innovation, but it's not very financially lucrative—especially in the age of COVID. The global pandemic has hit even the most ludicrously wealthy racing series and for Bloodhound, there's a risk it could be the final blow. In a release today, the team revealed that 12 months of delays and a lack of funding have left owner Ian Wathurst, who saved the project two years ago, with no choice but to sell or fold.

The release from Bloodhound reads, bleakly, "The project has inevitably been held back by the effects of the COVID-19 global pandemic. Work now needs to restart in the next few months to get ready for a 2022 record attempt."

"The alternative would be to put the car into long-term storage, with no certainty of being able to restart the project," the statement continues. "As the prospect of a post-COVID world beckons, the Bloodhound team now needs to find a new owner to continue its ‘engineering adventure’."

Wathurst minces no words about the situation by saying, "Along with many other things, the global pandemic wrecked this opportunity in 2020 which has left the project unfunded and delayed by a further 12 months."

"At this stage, in absence of further, immediate, funding, the only options remaining are to close down the programme or put the project up for sale to allow me to pass on the baton and allow the team to continue the project," Wathurst added.

Bloodhound has a new Nammo monopropellant rocket that should, they say, get it over 800 mph—and past the outright land speed record. Given their success with previous attempts (their 2019 run was only aiming for 500 mph and smashed that by over 100 mph) it's pretty likely that they could succeed at their planned 2022 run.

But not if the car goes into a storage box, with no timeline of when it might come out again. They say completing the install and transporting the car to South Africa, where their testing route is, from their U.K. base will cost around £8 million ($11 million) which, on the scale of things, is the sort of money an F1 team runs though in spare front wings over a season, so it ought to be possible. It's just finding a buyer in the time of COVID.