The Reigning F1 and IndyCar Champs Are Facing Off at Virtual Le Mans on Jan. 15

The 24-hour sim race packs a field you'd never get to see in real life. 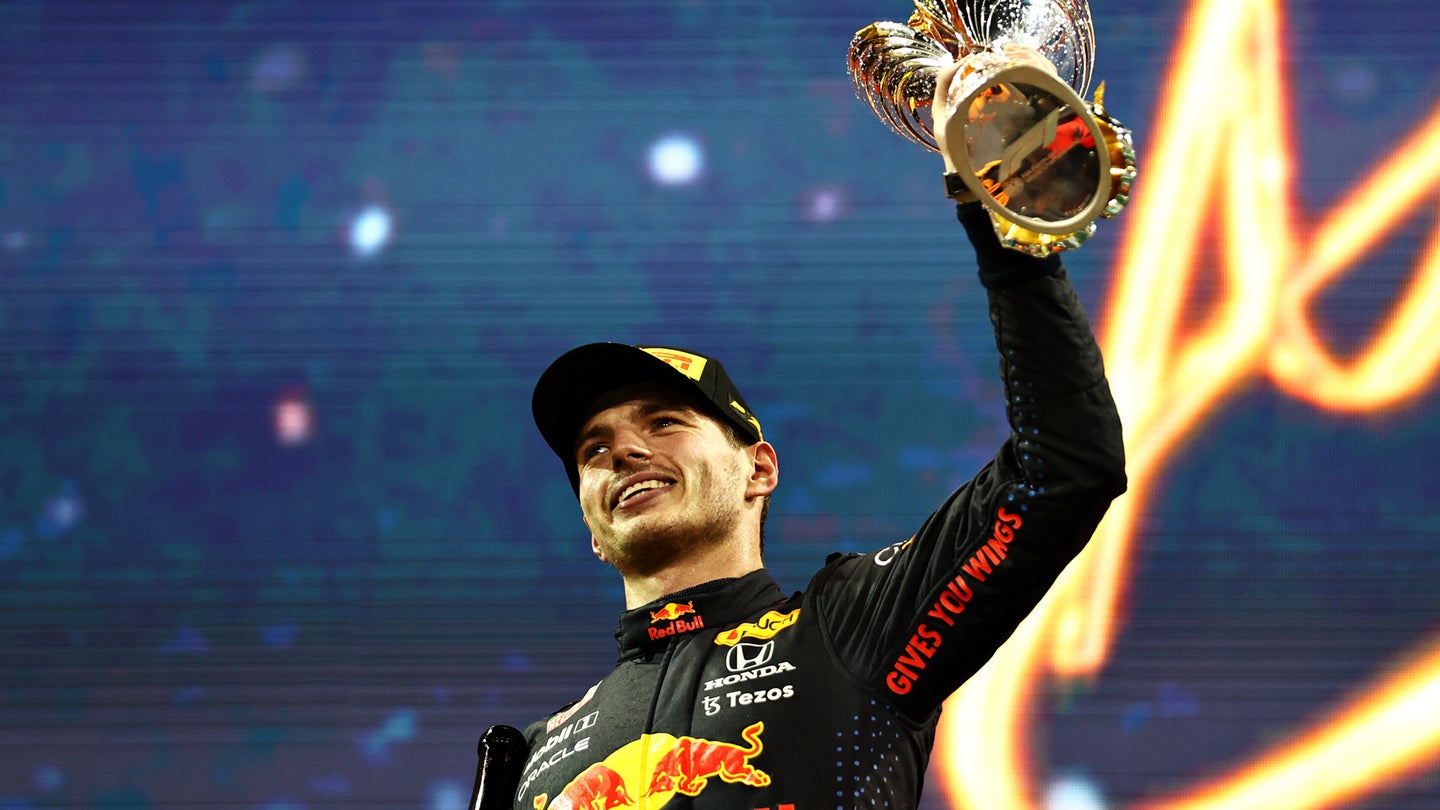 With motorsport calendars being what they are now and series' demands on drivers' time increasing—even outside the cockpit—there's not a lot of chance for crossover between Formula One and, say, IndyCar. Or F1 and Le Mans. Or IndyCar and Le Mans. Or W Series and F1 and IndyCar and Formula 2 and GT World Challenge and Formula E. At Le Mans.

In the real world, that is. Things are different in the virtual world of sim racing, where reigning F1 champ Max Verstappen and current IndyCar champ Alex Palou will actually compete against one another in a little over a week. They'll both be driving in the Virtual 24 Hours of Le Mans, which we can only hope is a precursor to the real deal in a decade or so's time—at least racing is happening once again at the actual la Sarthe circuit.

Motorsport finally acknowledged its unloved virtual sibling, sim racing, during the dark days of 2020 when every championship was trying to come up with a simulated solution to extremely real problems. We suffered through virtual Grands Prix game failures, IndyCar controversies, and the godawful spectacle of FE's Race At Home Challenge, the most undignified way anyone's ever been fired. By far and away the highlight was the Virtual 24 Hours of Le Mans, which was organized with the real-life race promoters and in partnership with people who actually knew roughly what they were doing with sim racing. So although some technical mishaps were inevitable, it actually ran like a proper, real race and was fairly functional in-game.

Teams have to field a mix of professional racing drivers and sim racers, which, given there's a fair number of people who cross over that gap, leads to a genuinely competitive field. The pro drivers essentially take the role of a gentleman driver in a real-world racing team, with a minimum time they have to be driving.

When everyone was in lockdown with absolutely nothing else to do, it was kind of easy to see how drivers got recruited for the event. Now, though, organizers for the 2022 race deserve a hand because on Jan. 15, cars will be setting off for 24 hours of racing with all sorts of well-known names (remotely) behind the wheel. From Juan Pablo Montoya to IndyCar driver Felix Rosenqvist, and recently-turned-NASCAR driver Sage Karam, and Formula E's Oliver Rowland, it's set to be a genuinely fun one. You'd be forgiven for missing it, but you'll likely be sorry you did because this group knows how to put on a show.