Will he be a motorsport maestro like his dad or a world-class runner like his mom? Either way, this kid's got a pretty good shot at life. 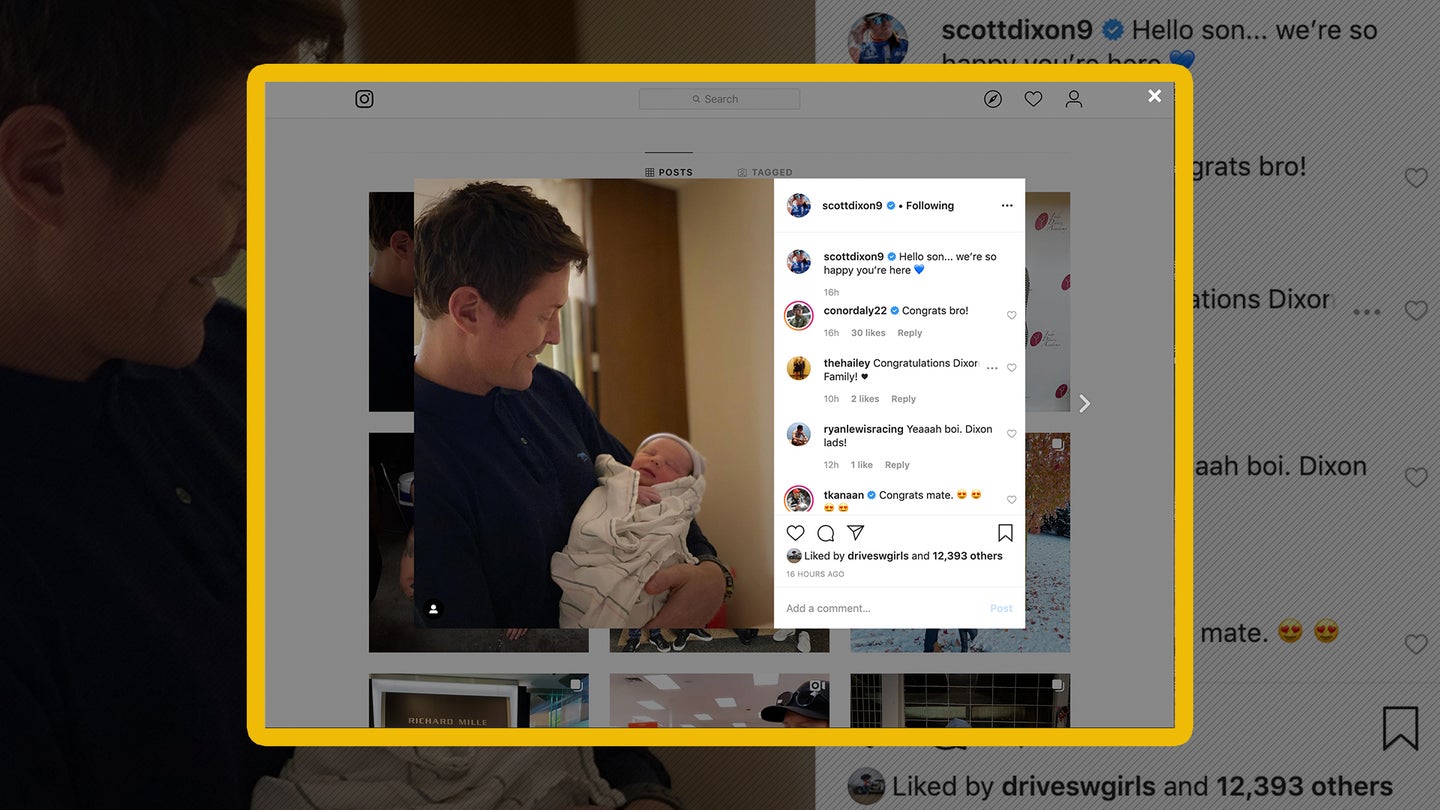 Chip Ganassi Racing's Scott Dixon is, statistically, the most successful active driver in the IndyCar paddock. He's won five championships as well as the 2008 Indianapolis 500, not to mention his third-place slot on the all-time race victory list behind Mario Andretti and A.J. Foyt. That said, the "Iceman" is far more than just a racing machine—he's also a family man, and on Friday, he and wife Emma welcomed their third child, a baby boy.

The Dixon family is already one of the most beloved in all of IndyCar, and daughters Poppy and Tilly have long been the source of cute moments for those who keep up with Scott and Emma via Instagram. Now, we aren't ones to obsess over celebrities' every move, but we're always happy to see someone as kind-hearted as these folks add another member to their tight-knit circle.

A plethora of close friends and racing greats took to social media to congratulate the couple, including longtime teammates Dario Franchitti and Tony Kanaan. Marco Andretti, though, passed along the most questionable compliment...

While we aren't sure exactly what Baby Boy Dixon's official name is, we'd put a year's salary against the odds of him being named after Marco. Something tells us he won't be named after Jay Howard, either...

Regardless, we at The Drive and others in the racing world send best wishes to the Dixon family!