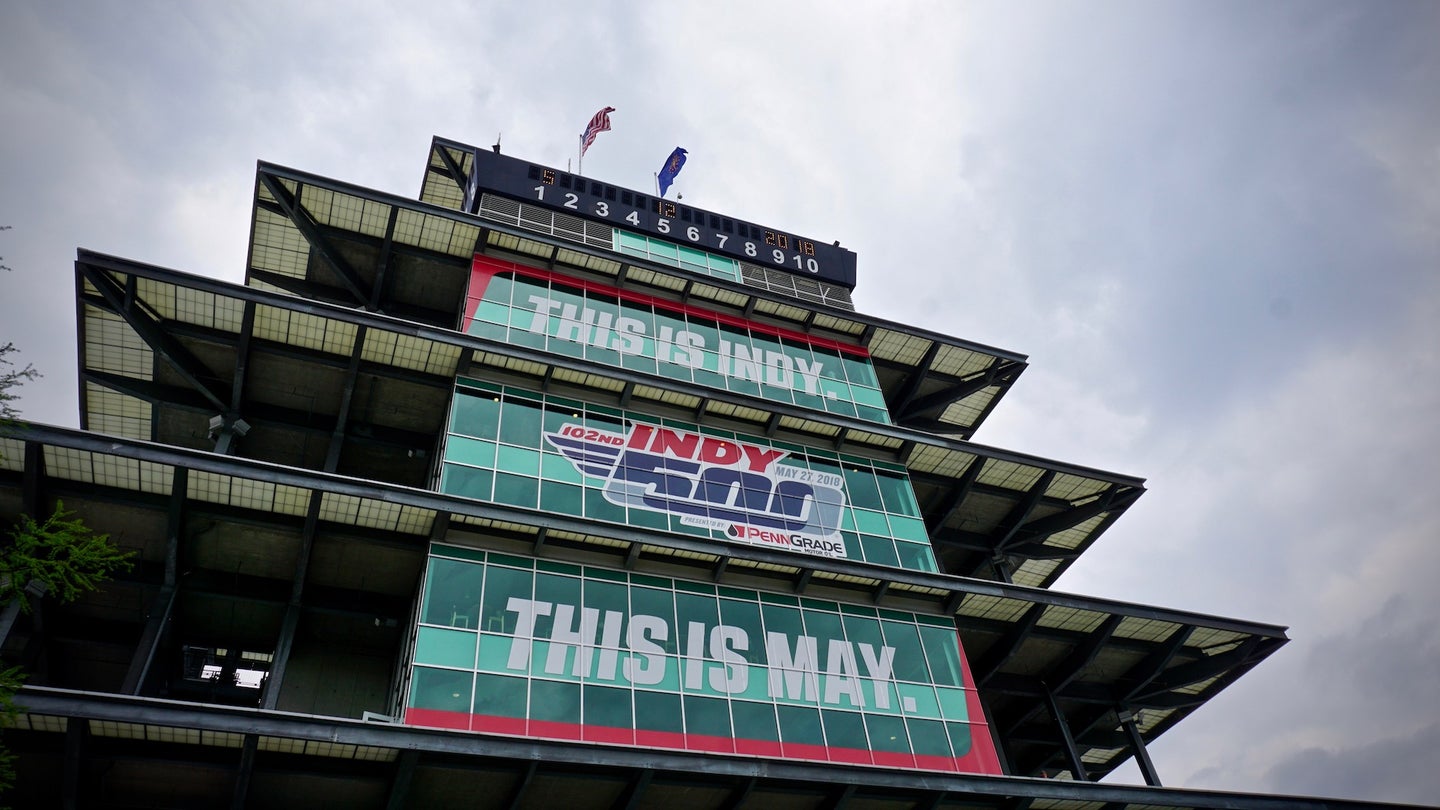 Well, it was bound to happen sooner or later. And for the sake of the racing teams, IndyCar personnel, sponsors, and most importantly, the hundreds of thousands of loyal racing fans across the United States, it's better that it's happening now and not later. The 104th running of the Indy 500 is officially being postponed to Sunday, Aug. 23, 2020.

Originally scheduled to run on Sunday, May 24, the Memorial Day weekend race is the latest victim of COVID-19, otherwise known as the coronavirus. With the world's most important racing series like Formula 1 and NASCAR axing races to keep participants and fans safe in the midst of the worldwide pandemic, it was only a matter of time until IndyCar and the Indianapolis Motor Speedway—under the direction of new owner Roger Penske—announced a new date for the iconic race.

"The Month of May at the Indianapolis Motor Speedway is my favorite time of year, and like our fans, I am disappointed that we have had to reschedule the Indianapolis 500," said Roger Penske. "However, the health and safety of our event participants and spectators is our top priority, and we believe that postponing the event is the responsible decision with the conditions and restrictions we are facing."

Up until today, the Indy 500 was one of the, if not the only, major racing event that hadn't announced either a cancellation or postponement due to the novel virus with institutions like the 24 Hours of Le Mans, 12 Hours of Sebring, and Goodwood Festival of Speed all making announcements in early March.

"Memorial Day weekend has always provided Indianapolis 500 fans an opportunity to honor the men and women who have fought and sacrificed for our nation's freedom," said IndyCar boss Mark Miles. "This August, we'll also have a unique and powerful opportunity to honor the contributions and heroism of the doctors, nurses, first responders and National Guard members serving on the front lines of the fight against COVID-19."

The Indy Grand Prix, which runs on the Speedway's road course and leads to the 500, has also been rescheduled from Saturday, May 9 to Sunday, July 4 (Independence Day) ahead of the NASCAR Xfinity race, officially becoming a double-header during the Brickyard 400 weekend.