Fifteen-year-old Jasper Lenglade wished for an iRacing simulator—but ended up getting much more. 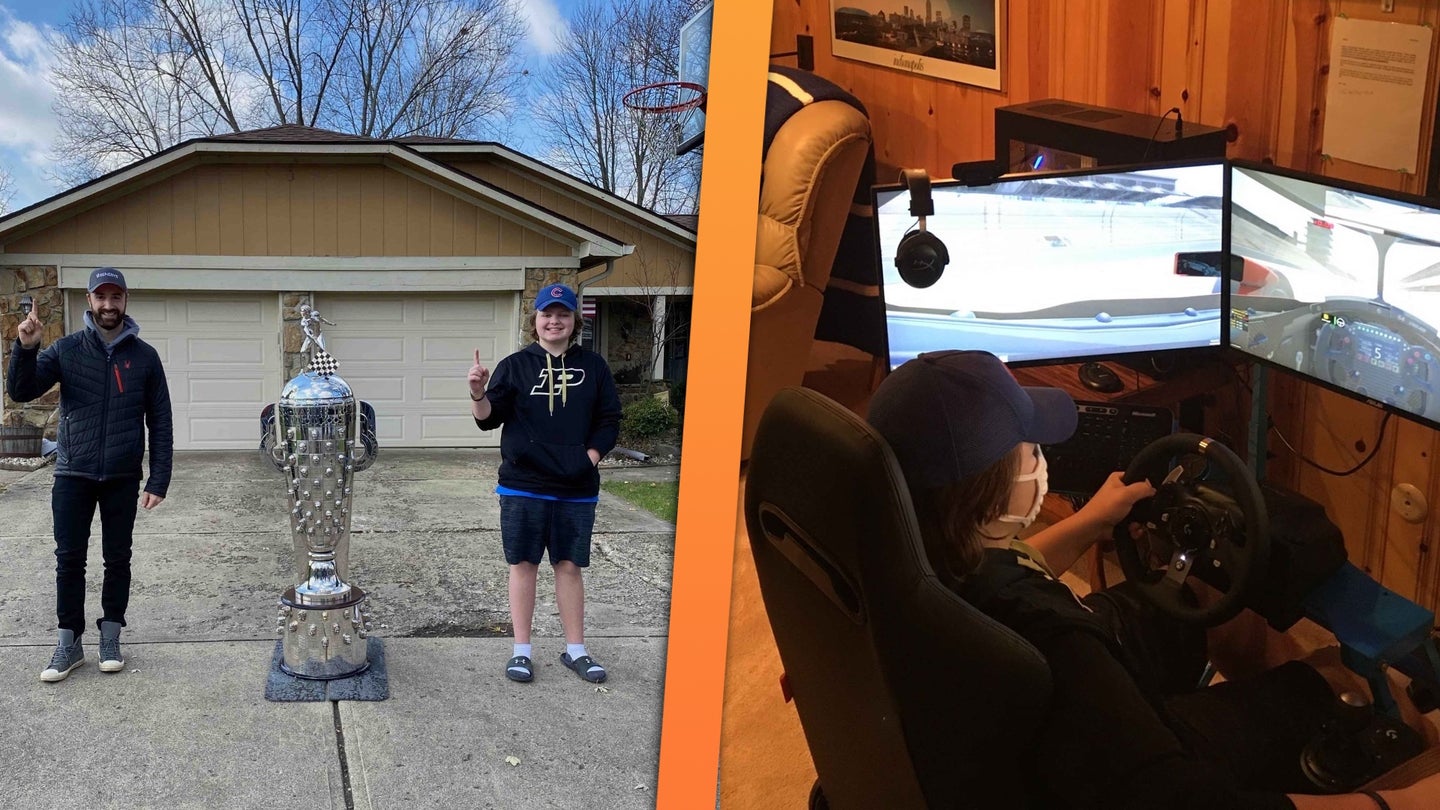 Fifteen-year-old Jasper Lenglade is battling leukemia, and Make-a-Wish of Ohio, Kentucky, and Indiana came calling to grant this young racing fan his request: an iRacing simulator. A simulator is a desirable toy for any racing enthusiast, and given the price and complexity that these can reach, it would've been an awesome gift for anyone under any circumstance. However, one particular IndyCar driver took it a lap better, as six-time IndyCar Series race winner and all-around nice guy James Hinchcliffe arranged to stop by and deliver not just the simulator, but a whole list of surprises as well.

See, at Make-a-Wish, they don’t just drop off a granted wish; they present it in a memorable fashion. This time, it included an IndyCar parade, with Hinchcliffe leading in an Indy street car. The racing veteran also brought the Borg-Warner trophy and Indy 500 Festival princesses to complete the theme.

Google James Hinchcliffe and Make-a-Wish and you’ll find a slew of articles popping up from all over North America. Lenglade’s wish through the charity was for the simulator, and he revealed that Hinchcliffe was his favorite driver. The organization arranged to put the pieces together.

"I think anybody who's been through here and been affected by Make-A-Wish and impacted by them can just speak volumes for what they do and how they help people, so anytime we can come out here and meet great people like Jasper and hear some of their stories, it's an incredibly cool experience," Hinchcliffe said in an interview with WTHR news.

Before he left Lenglade’s house, Hinchcliffe watched the teen run a few virtual laps around the Indianapolis Motor Speedway, a track he knows well.

“Fade back right… perfect…downshift. Nailed it," Hinchcliffe coached from behind Lenglade. "Get your eyes up and look for it. Exactly.”

Hinchcliffe, one of the series' most-loved drivers, did not have a full season of racing this year, but that hasn't taken him completely out of the limelight. He has a microbrew beer named for him: Hinchtown Hammer Down, brewed by Flat12 Bierwerks in Indianapolis. He also, apparently, has fancy footwork on the dance floor as he finished second on season 23 of “Dancing with the Stars” along with partner Sharna Burgess.