The Bahrain Virtual Grand Prix is happening this weekend. 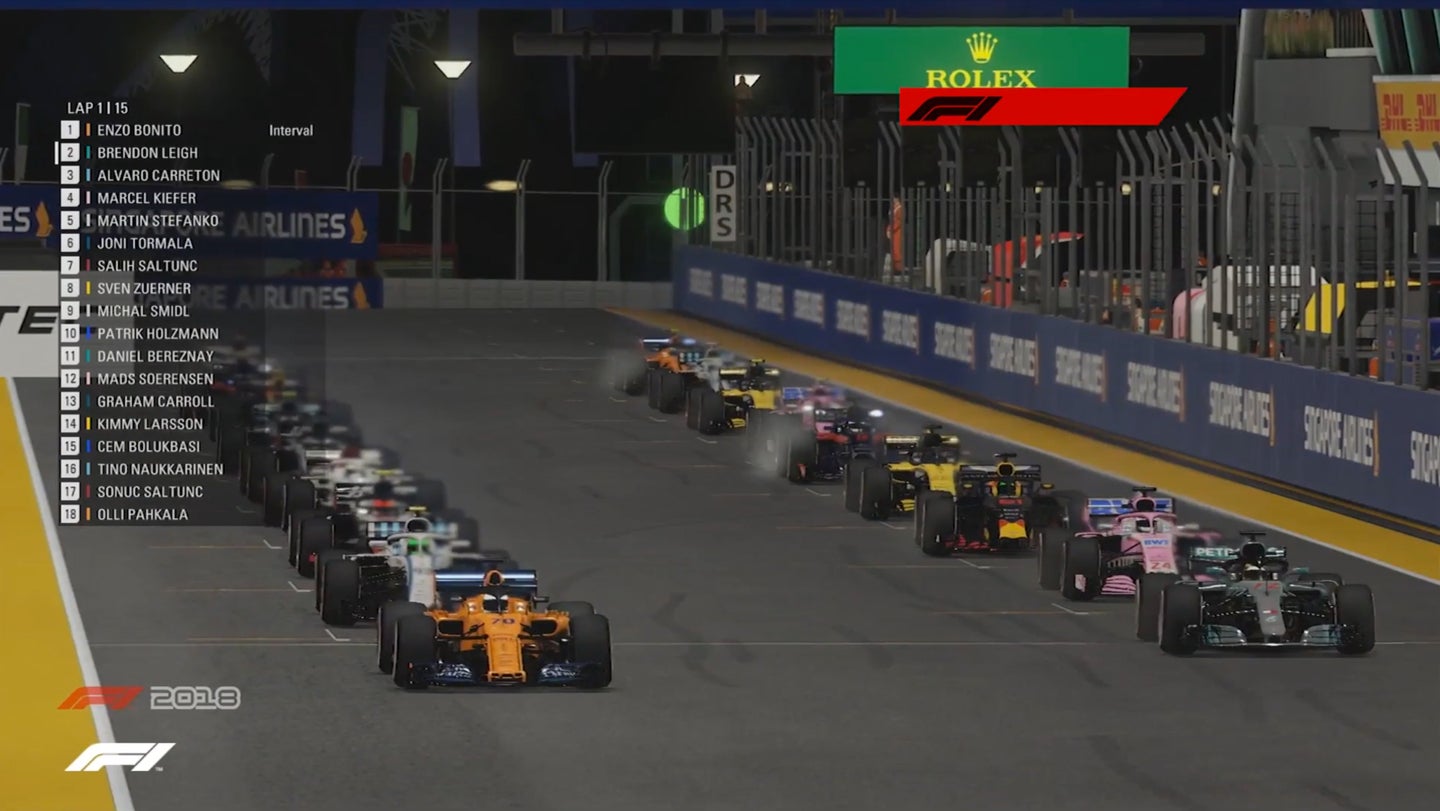 The coronavirus pandemic resulted in a lot of downtime for motorsports across the globe with one shining exception: online racing, where drivers can race from their own safe, socially distant locations.

As many racing series flock to esports competitions to fill the downtime, Formula One took this idea a bit further. Online races will replace each one of this year's postponed races on the original date each race was supposed to run.

It's called the F1 Esports Virtual Grand Prix, and it kicks off with this Sunday's Bahrain Virtual Grand Prix. Formula One drivers and a selection of to-be-announced stars will log in remotely to Codemasters' official F1 2019 PC game.

F1 has had its own separate F1 Esports Series that's been running since 2017, so there's no shortage of potential pro sim racers to fill the field (and possibly upset your favorite F1 driver).

The Bahrain Virtual Grand Prix at the in-game Bahrain International Circuit starts at 2:00 p.m. Eastern Time, and you can watch it on F1.com, or on Formula One's official Twitch, YouTube and Facebook channels.

Each race will be half the length of its real-life counterpart, with Bahrain's race only lasting for 28 laps. The total Bahrain Virtual Grand Prix is expected to last for an hour and a half, so there should be plenty of entertainment to go around.

Because Formula One drivers aren't esports pros, this competition will make some effort to balance out the performance of each driver. Drivers who aren't as experienced with sim racing will get some in-game help, such as traction control and anti-lock brakes.

Don't expect a specific race car to be better than the others, either. Each car will run with the same, equal-performance setup with reduced vehicle damage. So, if all of this is done well, we won't have a scenario where a Mercedes runs away from the rest of the field. Cool!

If a track on this year's schedule isn't included in the 2019 F1 game, an alternate in-game venue will be chosen for that race weekend.

Formula One has been on hold since it had to cancel its season-opening Australian Grand Prix after a McLaren team member tested positive for covid-19. The series subsequently postponed every race until May. In case that changes, F1 will extend its F1 Esports Virtual Grand Prix for as long as the season is postponed. That's looking more and more likely by the day as even later events get postponed, such as the typically mid-June 24 Hours of Le Mans. So, even if the F1 season gets nudged back until December, we'll at least have esports versions of each race running on F1's originally scheduled weekends.

Even if these virtual grands prix replace the whole season, no F1 World Championship points will be awarded for these online races. Formula One says it's all for fun, and they're primarily doing this to entertain the fans.

Speaking of fans, exhibition sim races will run on weekends that weren't scheduled to have a race. Here, fans can log online and get the chance to race against F1 drivers themselves. Formula One will announce how this works at a later date through its social media channels. You can also check this out to see your favorite cross-discipline racers duke it out for glory online.