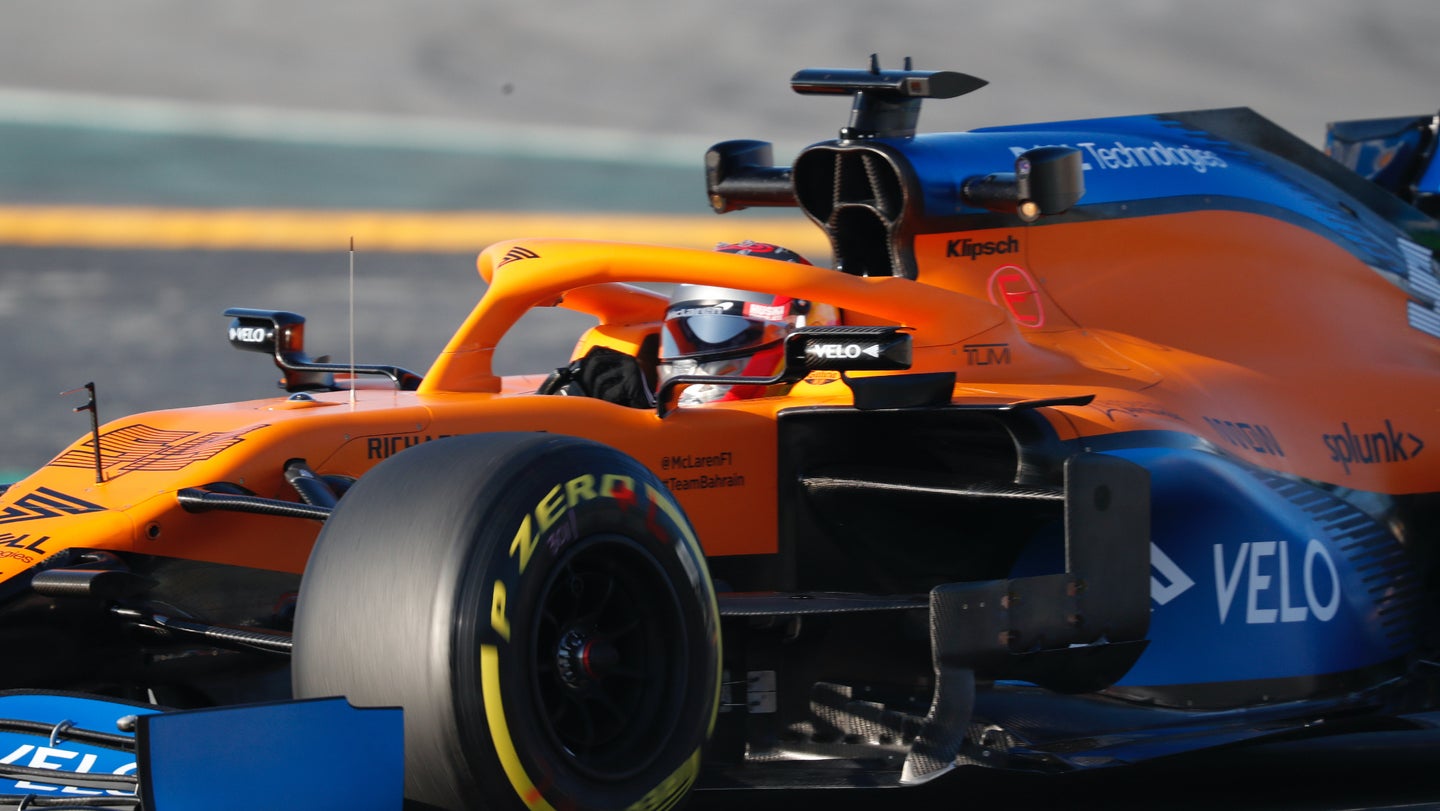 The VELO x McLaren Racing Virtual Fan Race is the latest in a number of esports races set up while Formula 1 is on hold due to the COVID-19 pandemic. It's based on the Codemasters F1 2019 game and starts on June 10. However, it has one strange stipulation for entrants: they need to be "nicotine consumers."

The entry form here on McLaren Racing's website goes on to ask entrants if they consume British American Tobacco tobacco heating products (that's a fancy term for vapes, Subaru drivers) and if they'd like to receive further information about Velo, the company's pouches and lozenges that contain nicotine extracted from tobacco.

If it's not crystal clear by now, all of these are tobacco products, which seems pretty suspect given that tobacco advertising has been banned from F1 since 2006. Yet this is outside of F1's events, season or organization entirely, which puts it outside of F1's jurisdiction.

The page claims that the nicotine consumers tidbit is "in line with BAT’s commitment to market its products responsibly and appeal only to its target consumer audience with its range of New Category products." In non-legalese, it's there so that BAT can claim it's not targeting anyone outside of their existing customer base. I'll give that a solid "sure, Jan" based on the cross-post to McLaren's website alone.

However, a spokesman for McLaren backed up this line in the form in an email to The Drive:

"We are very proud of our partnership with BAT, which is focused on helping achieve their vision of a better tomorrow by driving a step-change in their New Categories business. We take the responsible marketing of the partnership extremely seriously, particularly in respect to ensuring that the marketing activities are only directed towards adult nicotine consumers."

Tobacco advertising used to be ubiquitous in F1, feeding the sport's big budgets through beloved seasons where more teams were able to compete for wins. Despite F1's tobacco advertising ban, tobacco partnerships have stuck around through non-F1 promotions like this and, more recently, through F1's decision to give tobacco products that don't directly burn tobacco leaves (such as vapes and nicotine lozenges) a pass.

Ferrari is the most notable example of this with its Marlboro sponsorship dating back to 1984. After Marlboro branding was banned from the car, the team ran a barcode where the Marlboro logo would have been. This was so obviously a scrambled Marlboro logo that they were ultimately forced to remove that, too.

More recently, Marlboro's parent company Philip Morris International slapped the ridiculously vague "Mission Winnow" branding on Ferrari's cars, which was widely mocked for being a strangely marketed tobacco company tie-in that vehemently denied that it was a tobacco company tie-in at every possible opportunity. (Vapes, bro. It involves vapes.)

"A Better Tomorrow" didn't get as much attention as Mission Winnow at the time, but BAT also didn't make a million say-nothing, vaguely corporate posts that took Mission Winnow's Twitter account viral.

Where it's allowed, BAT's Velo branding replaces "A Better Tomorrow," and in markets where any tobacco advertising is banned, BAT gives the space to another advertiser that isn't a tobacco company. A McLaren spokesman explained:

"We work closely with BAT to ensure our partnership, and all associated marketing activity, is appropriate, responsible and compliant with all laws and regulations. Moreover, it always has to comply with with all local laws and platform regulations, and BAT’s own International Marketing Principles."

All things considered, the VELO x McLaren Racing Virtual Fan Race is relatively small in scope as it's only open to residents of the United Kingdom. Oh, and it's limited to respondents 25 or older so as to not exceed any tobacco regulations' age limits while entry submissions closed Friday, on June 5. It's not described in a ton of detail on McLaren's website unless you click through to the terms of service, either.

However, it's just one more example of how tobacco companies are slowly creeping back into the F1 world. The big tobacco money of F1's former years hasn't really returned, but needless to say, the lil cancer leaves never actually left. While these campaigns' focus is on advertising alternatives to cigarette use, critics still aren't buying it so long as the companies behind it continue to make the bulk of their profits from cigarettes. To them, it's putting lipstick on a pig.

It's also hard to imagine these partnerships or events being a thing if F1's rules regarding tobacco partnerships were stricter. Would this weird sign-up form have raised any eyebrows on the F1-ter-net if it could only appear on Velo's website, for example? Probably not.

The real kicker about McLaren's partnership with British American Tobacco's vape-and-lozenge subsidiary Nicoventures for this is that McLaren was the team that really kicked off F1's coronavirus break. You know, the virus that causes horrific respiratory strife? McLaren was the first team to report that a team member tested positive for COVID-19 and thus, was the first team to withdraw from the season-opening Australian Grand Prix. The remaining teams voted not to proceed with the race after McLaren's withdrawal.

Together, their budgets eclipsed the collective amount spent by the remaining seven teams.