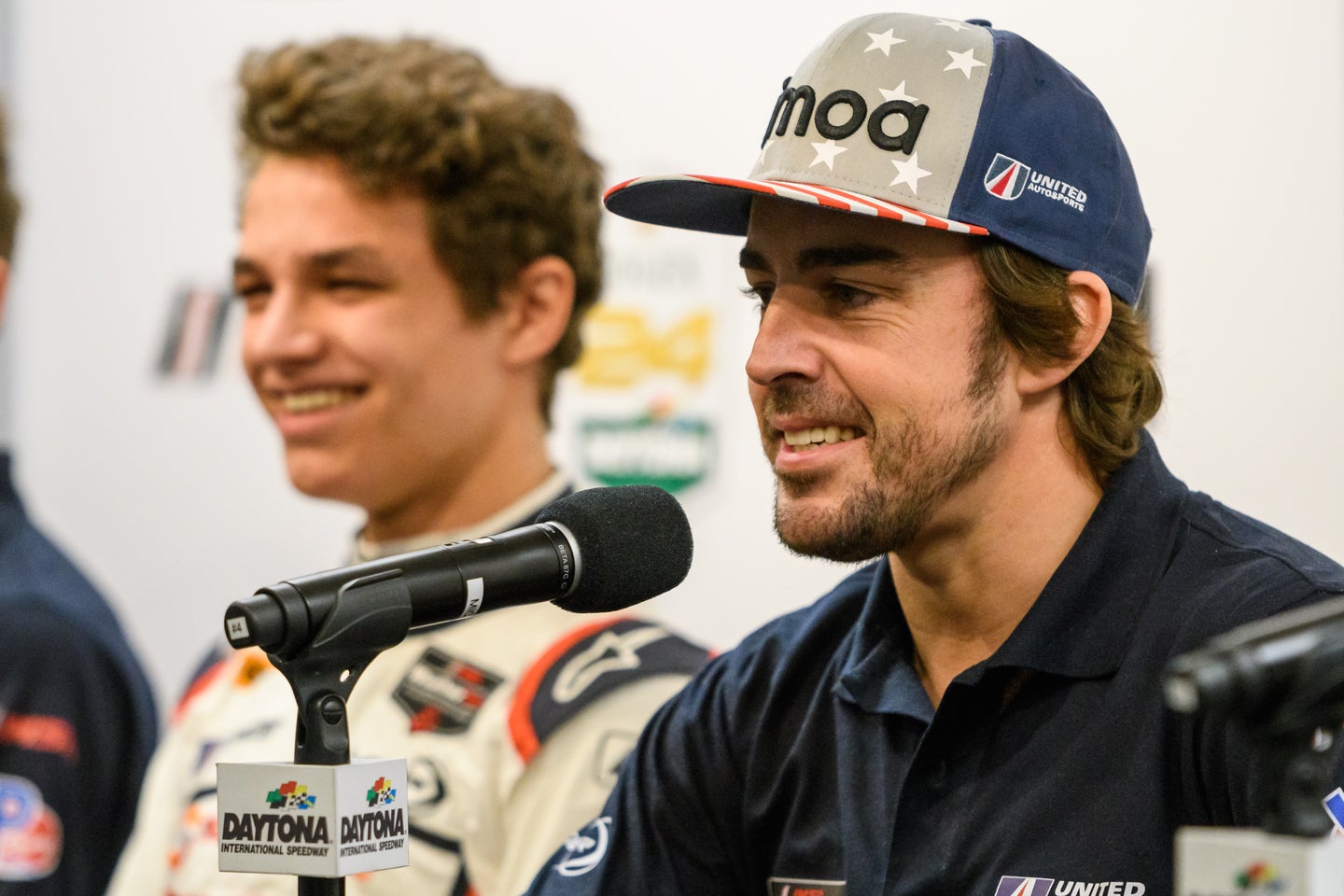 Alas, Fernando Alonso has locked in his spot to compete at the 24 Hours of Le Mans. An agreement between his Formula 1 employer, McLaren, and Toyota will allow the two-time world champion to compete for one part of the so-called "Triple Crown of Motorsport." Additionally, Alonso will take part in an extended WEC program with Toyota Gazoo Racing with venues vying for shifts that would allow him to race at every event on the calendar. While McLaren has been cooperative with 'Nando's wishes and allowed him to drive outside of his original contract, team executive director Zak Brown says that the global star will need to stay majorly committed to Formula 1 in order to keep harmony intact.

Speaking to the media at the team's factory in Woking, England, Brown revealed that even though Alonso will have the freedom to compete with Toyota, McLaren will not sign off on commercial tours that take away from his focus on F1.

"Fernando is effectively restricted to just driving the [Toyota] race car," Brown stated. "So as far as commercial appearances, sponsor commitments, things of that nature, it is very minimized. His relationship with Toyota—he is on loan from us. We came to an arrangement with Toyota and that is to allow him to race the car but not to travel the globe having commercial commitments."

Brown has been vocally supportive of Alonso's efforts to become a complete racing driver, even signing him to compete with his own team, United Autosports, at this year's Rolex 24. However, the day-long contest at Daytona was held entirely separate from his Formula 1 endeavors. The McLaren exec explained that while he wishes nothing but success for Alonso, Toyota won't be granted access for a world media tour with the stud pilot.

"[It's] everything from minimizing his travel to any potential sponsor conflicts—Toyota don't have many on there so there aren't many sitting there today that are a conflict with McLaren. But if they do find a partner that is conflicting with McLaren, we couldn't have Fernando walking around in competing sponsor attire.