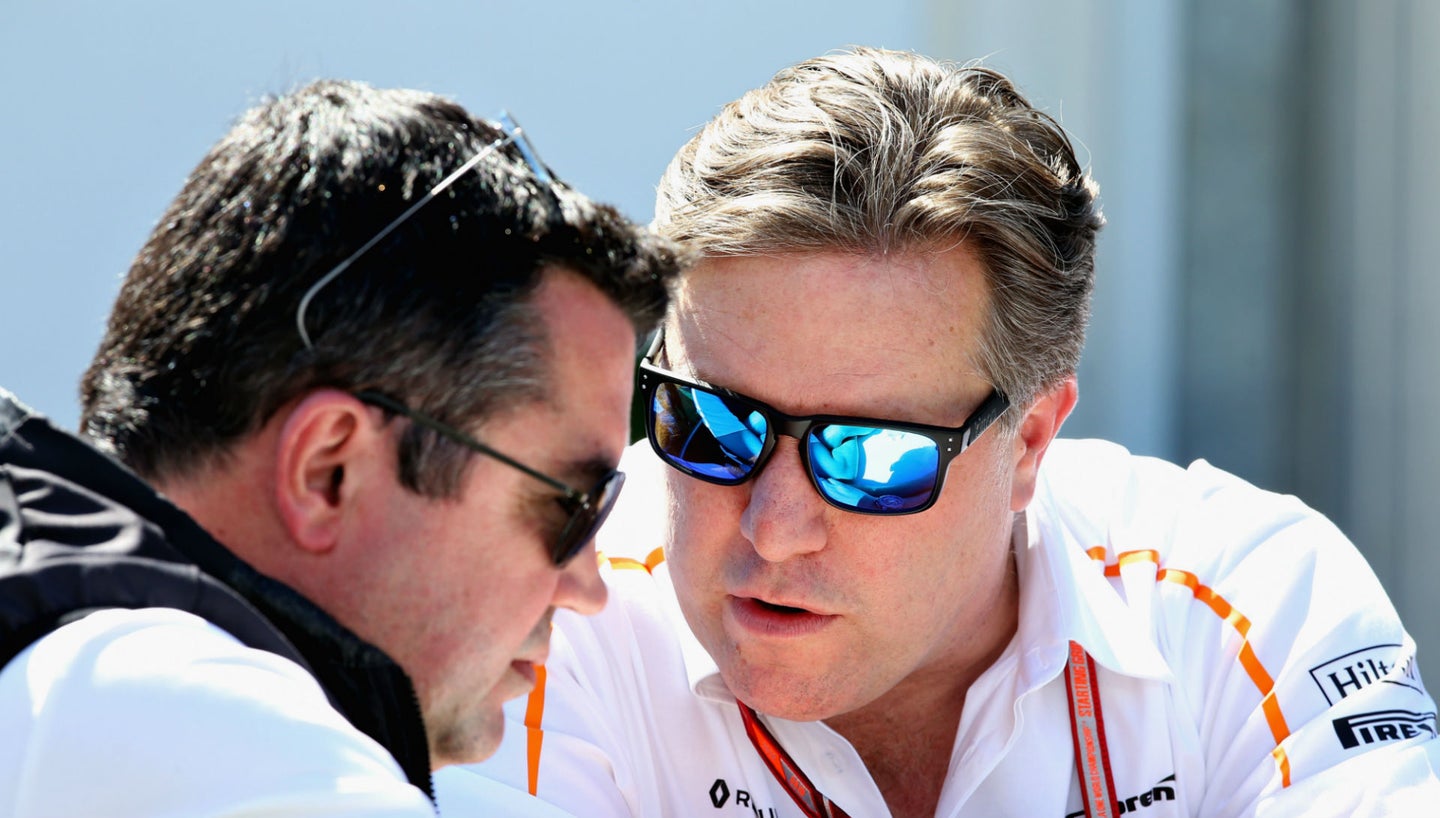 McLaren Racing's Chief Executive Officer Zak Brown has teased the idea of a Le Mans comeback for the brand over the past year, dropping hints of interest in the endurance spectacle once new regulations are adopted sometime near 2021. With proposed revisions including lower costs than the current LMP1 formula, Brown & Co. have reportedly been weighing the option of joining its second world championship outside of Formula 1 with focus on the top-spec prototype category. In a recent press conference at Circuit de Catalunya, home of the Spanish Grand Prix, Brown went as far as to say that the suggested regs are "compelling," signaling a strong attraction to the world-renowned event.

Brown kicked off his statement by pronouncing the team's current standing on the hotly-debated topic which has involved parties such as Toyota, the lone prime-time manufacturer still entered into the LMP1 category after Porsche's exodus.

“We would definitely consider it. We are considering it," Brown explained. "McLaren has a long history in additional forms of motorsport, whether that was CanAm, IndyCar, we’ve won Le Mans. And with the new regulations coming up for [the] World Endurance [Championship], we are participating in those meetings, and reviewing what that looks like. We’re a fan of the Le Mans brand."

The American executive then referenced Fernando Alonso's Indy 500 bout from 2017, a venture that was supported by McLaren.

“We did the Indy 500 last year, that’s something that in the right circumstances, North America is an important market for us and we’re a fan of IndyCar racing," said the CEO. "As we look at the budget cap, and how do you manage that, looking at additional forms of motor racing is something we are considering.”

“The rules as being proposed, we find compelling."

The future of LMP1 as it stands is a bit murky given the prospective layout of the class. While some are considering simplifying the current platform, others have suggested that a more recognizable, road car-resembling category could help draw in fresh faces to the dwindling field.

"We would consider running the new, whatever they’re going to call it, GTP, silhouette, LMP1—I’ve heard various phrases. What’s exciting is trying to go to Le Mans to win outright," Brown made clear. "That’s the highest value for a racing team.”

On top of bringing additional notoriety to the McLaren name, it's also a long-term plan that could help sustain its reputation by possibly keeping Alonso onboard after his retirement from F1. The Spaniard double world champion has already entered the 2018/2019 WEC 'Super Season' with Toyota, and if he chooses to continue on with endurance racing after this year, McLaren could give him a home to do just that in the future.

Conclusively, it'll need to be a decision that's agreed upon by the company's board and shareholders. Funding for such a program will undoubtedly be expensive, even if it's more affordable than the contemporary blueprint. Brown spoke highly of his colleagues in that regard, saying that they are "great to work for" as most of them are "a group of racers" themselves.