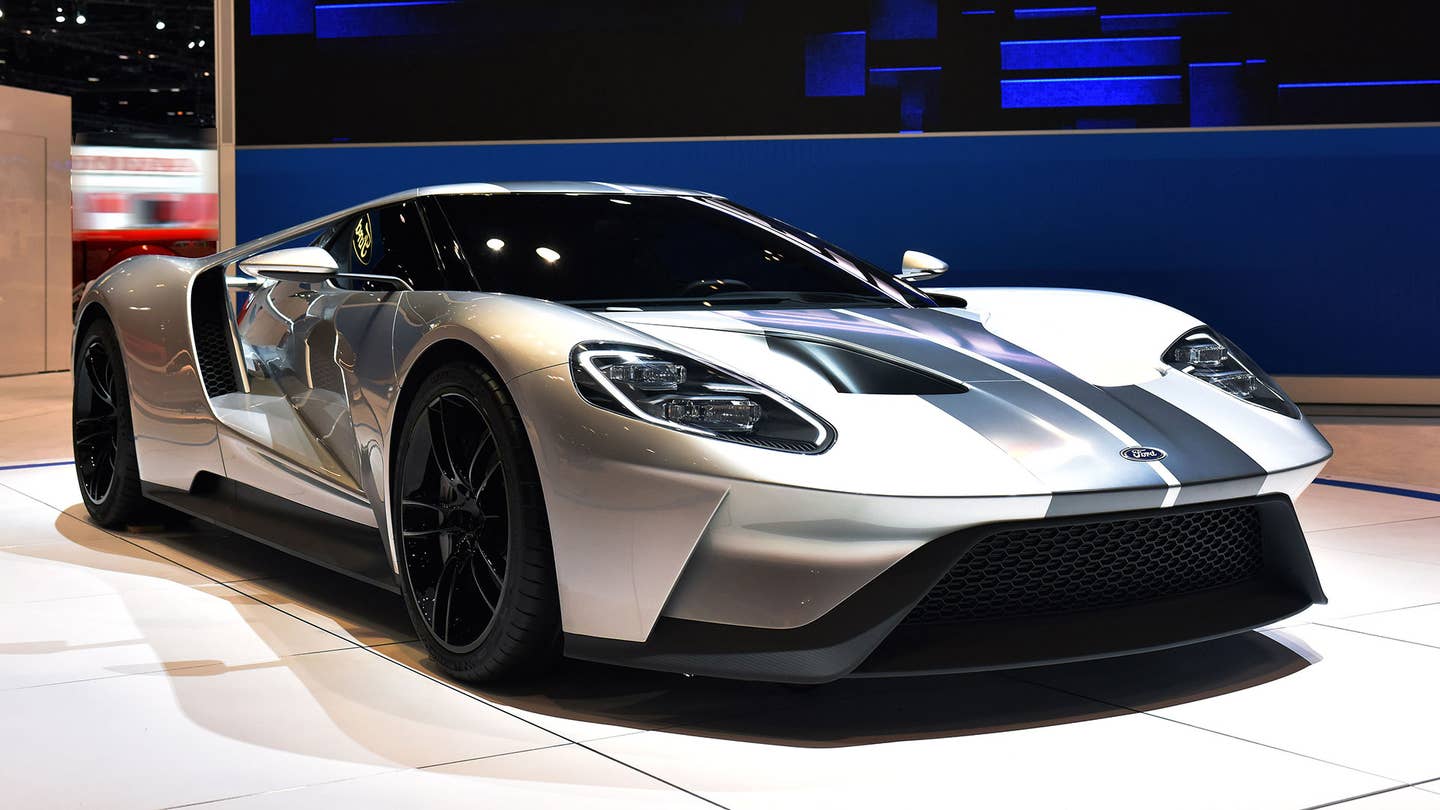 Once again, Ford is getting in on Ferrari’s game. First, Dearborn built a world-class, carbon-fiber supercar, the new Ford GT. Now, they’re going to make it nearly impossible to purchase. Ford wants a piece of that Your Money Isn’t Enough action, and is looking to assure that potential GT owners are more than just rich. On one side of town, hoards of millionaires will line up outside Ferrari Beverly Hills, waving wads of hundreds to buy a 488 GTB at 30 percent over sticker; on the other, at the gates of Galpin Ford, other millionaires will brandish fistfuls of cash at a saleswoman guarding a Ford GT in Liquid Blue. Most will go home with wallets intact, because Ford is in on the prestige game. There will be serious criteria to quality for Ford GT ownership. Money is only a baseline.

According to Detroit News, folks interested in having a GT in the driveway will need to apply online. The virtual “interview” will work to determine how dedicated to both Ford and the GT owners might be, as well as their intentions (driving versus flipping) and, get this, analyze the potential buyer’s social media presence. According to Ford’s chief of product planning, priority will be given to Ford owners generally and last-generation GT owners above all. Ford is also determined to nip speculation in the bud. While gaming the interview might be easy (“Of course, I shall drive my GT everyday and pass it down to my greatest grandchildren…”), owners will have to sign a legally-binding document that forbids them from selling the car for a certain amount of time, much like Toyota did the with the similarly rare Lexus LFA.

Should you find yourself with $400,000, a half-dozen Ford GTs in the garage and a Twitter following in the hundreds of thousands, you’re near guaranteed one of the 250 examples. Otherwise? Try for a Ferrari.