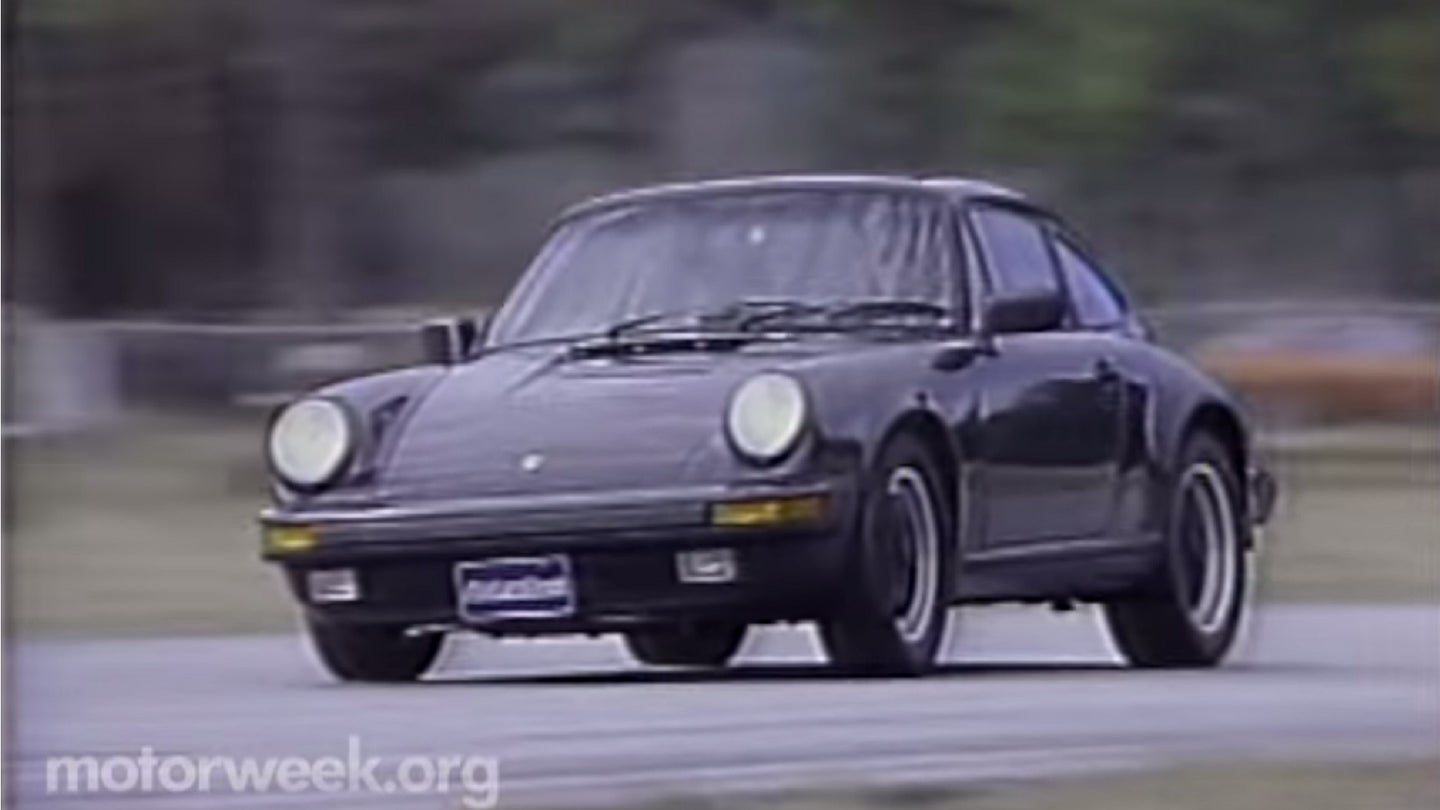 Even though Porsche increased the base price tag of their 911 model tenfold from just about $5000 in 1964 up to a whopping $50,000 in 1988, buyers were still lining up at dealerships for the opportunity to own Germany's best sports car of the era. Even though the car had remained largely unchanged since it was introduced, sharing most of the same body components with those early cars, a moderately updated interior and the Carrera 3.2 engine were the car's saving graces. Back in 1988 when the car was celebrating its 25th birthday, MotorWeek spent a few thousand miles with one to find out how much of the 911s appeal remained.

Aside from the exorbitant price tag and the car's lack of anti-lock brakes, the Porsche got a pretty good contemporary review from John Davis. The 911 had always been a good car, and perhaps this just goes to show how ahead of its time the design was in 1964. Today Porsche swaps their designs basically every 6 years or so, with a minor facelift after three or four years. If the original 911's lifecycle were still used today, we'd still be buying 996s brand new. Nobody wants that.

Even though there were a few gripes, MotorWeek did mention that the 911 provided more versatility and usability than the much more expensive Lotus Esprit, while still offering a similar level of performance. The 1988 Anniversary Edition 911 offered a special color of paint and a special interior color, as well as a few other flourishes, and presents well on camera near the end of the segment. What do you think of their review of the 1988 Porsche 911? Are they too harsh on the car, or has our rose-tinted view of the past overblown the importance of the car? Let us know in the comments below.

It won’t charge your Volt in 15 minutes, but the new 800-volt 350 kW charging protocol will be in new EVs in the coming years.

Fresh off an extensive restoration, the AMMO 964 gets tested One Take style.