New Nissan GT-R in Development, Might Not Even Be a Hybrid: Report

It’s probably wise to expect a heavily reworked version of the existing car rather than an all new one, kinda like the Z. 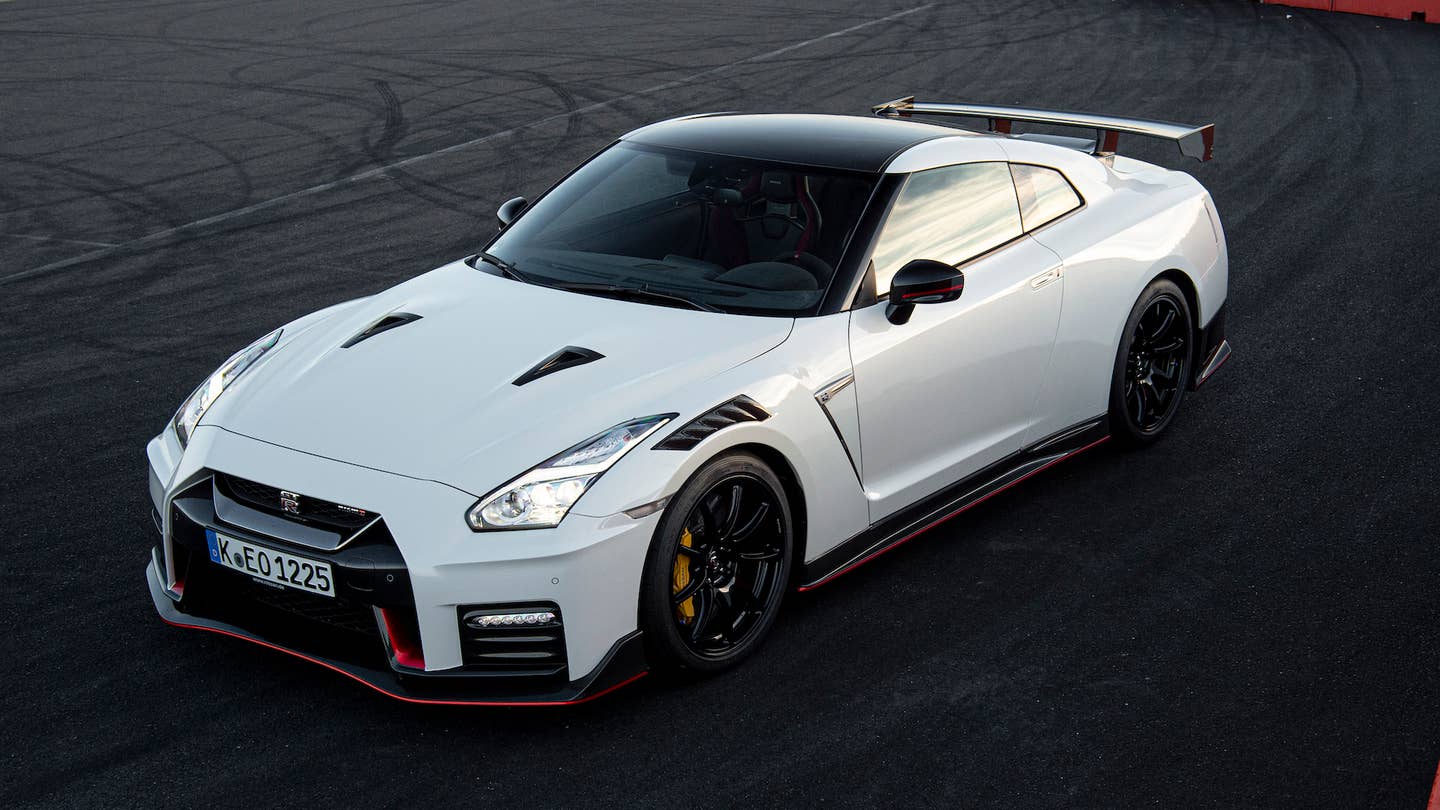 Once a purveyor of supercar performance on a budget, the now-ancient Nissan GT-R has stuck around long enough to be rendered a face in the crowd by the relentless advance of supercar technology. The R35 is so old, in fact, that it's on track to celebrate its quinceañera this December. But something may be about to change, and no, it's not getting a license to drive itself. It may finally be getting replaced, if word out of Japan is to be believed.

According to a report from Best Car, development of a new Nissan GT-R—presumably to be called the R36—is underway, and it'll apparently be the final purely combustion-engined car Nissan will make. It's said to use an upgraded version of the current GT-R's 3.8-liter, twin-turbo VR38DETT V6, one producing the same 600 horsepower as the current Nismo model. It apparently won't be the only holdover from the R35, either, as Nissan is said to be taking the same approach with the GT-R that it has with the Frontier and Z, carrying forward its bones but updating the flesh that hangs off them.

Indeed, the R36's chassis is said to be derived from the R35, while its suspension, drivetrain, and design will allegedly be overhauled. Inside will be a modern infotainment setup, along with an LCD gauge cluster like that used in the new Z, but beyond that, little information is clear about its makeup. Speculation on my part, but I'd be surprised not to see the R35's six-speed dual-clutch upgraded to something like the Infiniti Q60's seven-speed automatic, or the Nissan Frontier's nine-speed.

The report was fuzzy at best about when the R36 will arrive, and speculated spring or summer of 2023 to be possibilities. It was clearer, however, that the GT-R could be temporarily pulled from the market in response to updated regulations that have already forced the R35 off sale in a few countries. If that happens, it apparently shouldn't be interpreted as the end of the line for the historic performance car.

I reached out to Nissan for a comment on this report, and a spokesperson declined to provide one. Such is usually the case when it comes to speculating on future product, but it's worth checking in.

While overhauling a 15-year-old supercar is definitely a scaling-back from Nissan's stated ambition of making the next GT-R "the fastest super sports car in the world," rehashes aren't exactly a new phenomenon for the GT-R's bloodline. Nissan kept the R32's 2.6-liter, twin-turbo RB26DETT inline six in the Skyline GT-R for three generations, from the 1989 R32 to the 2002 R34, to no complaint—and it's not like the VR38 is loathed by R35 owners.

On top of that, Nissan has shown with the Frontier that what seems on paper like minimal change can be all a vehicle needs to become one of the best in its segment. My experience of late-model Nissans, the Frontier included, has been good enough to make me confident the R36 will be an honorable successor to the R35. Godzilla probably won't have the power to shake the earth that it once did, but that doesn't mean it doesn't still ring alarms when it rises from across the Pacific.

The already sharp-handling Sentra is an excellent foundation for reviving this classic sport compact.

The race car could hint at styling details of a future Z Nismo model.