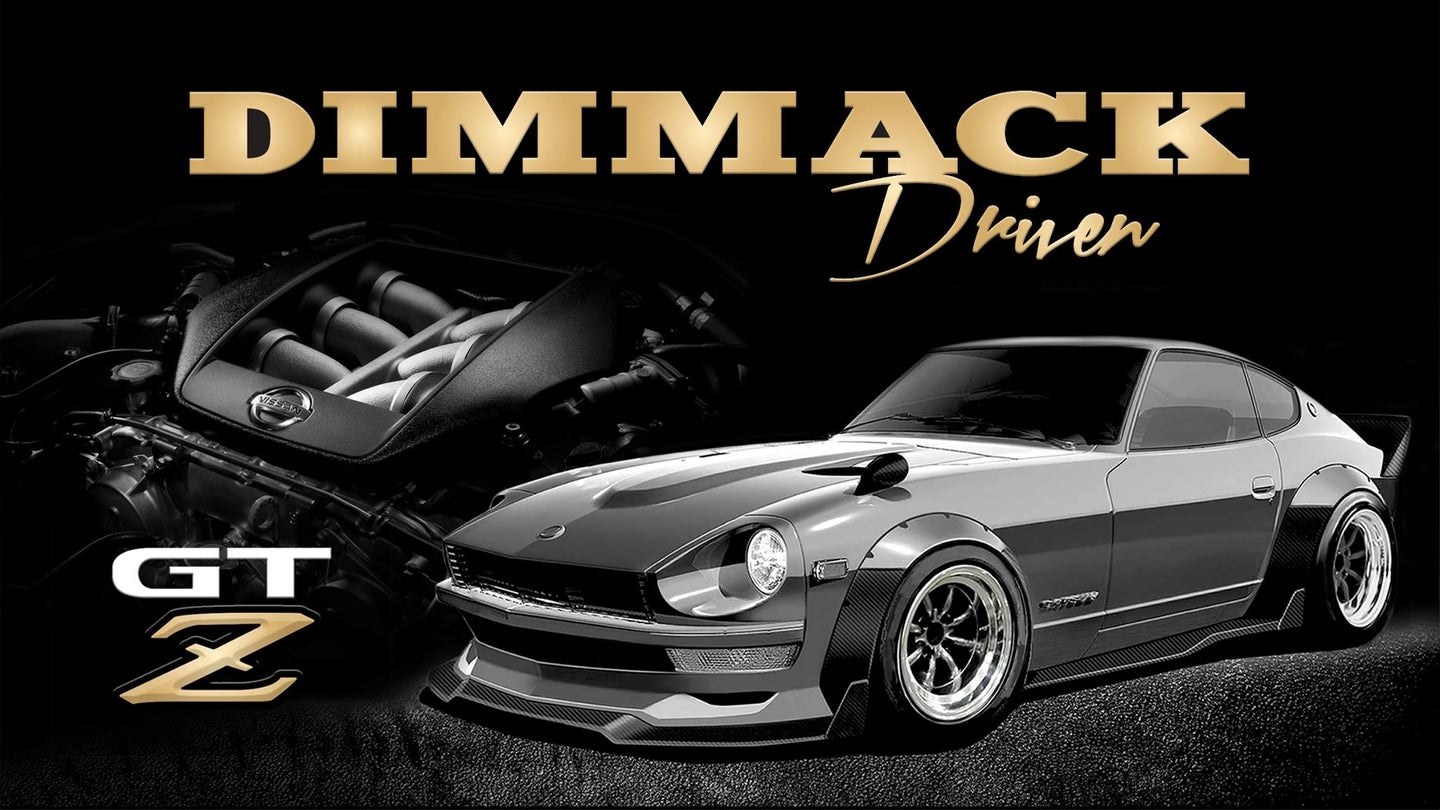 Datsun Z builds have become inexplicably popular lately. Recently, we’ve shared Larry Chen’s ‘Orange Bang’ SR20DET 240Z as well as Dominic Le’s 240Z SEMA project. Now, all the way from Australia, Joel Dimmack has been hard at work to build another 240Z and it could well be the most ambitious Z project the world has ever seen. No, it’s not an SR20DET swap this time. Instead, Dimmack will cram in a monstrous VR38DETT engine from the R35 Nissan GT-R.

In fact, I never even realized it could be done. Not only are VR38DETT engines almost prohibitively expensive, but also consider the modern GT-R is approximately 20-inches longer and almost 1500 lbs. heavier than the classic S30 platform. Nonetheless, Dimmack apparently approached his engine swap with a similar philosophy to cats and their tiny cardboard boxes — "if I fits, I sits."

Some serious rubber is necessary to transfer GT-R power to the tarmac and Dimmack has chosen a Moonbeam wide body kit by Carbon Signal Automotive to accommodate the wider tire setup. The kit has not been installed just yet, but at least the render shows a very tasteful Z that still retains a period correct aesthetic.

But why does a 240Z require all this power and hardware in the first place? According to Dimmack, this old ’71 Datsun will be built as a competition drift vehicle and will also make its debut when Sydney’s World Time Attack Challenge kicks off on Friday, Oct. 13. Later, Dimmack will field the Z in the Honeywell Garrett International Drift Challenge against top drivers from Australia, New Zealand, Japan and the United States.

Be sure to stay tuned as we expect to see the vehicle's completion very soon. For now, check out the progress of the build project via coverage from Speedhunters.

As we’ve learned from the past couple of Z projects, there’s no wrong way to build a Datsun 240Z. How would you build yours? Let us know in the comment section below.