The convenience store chain has been embracing the world of car culture of late. 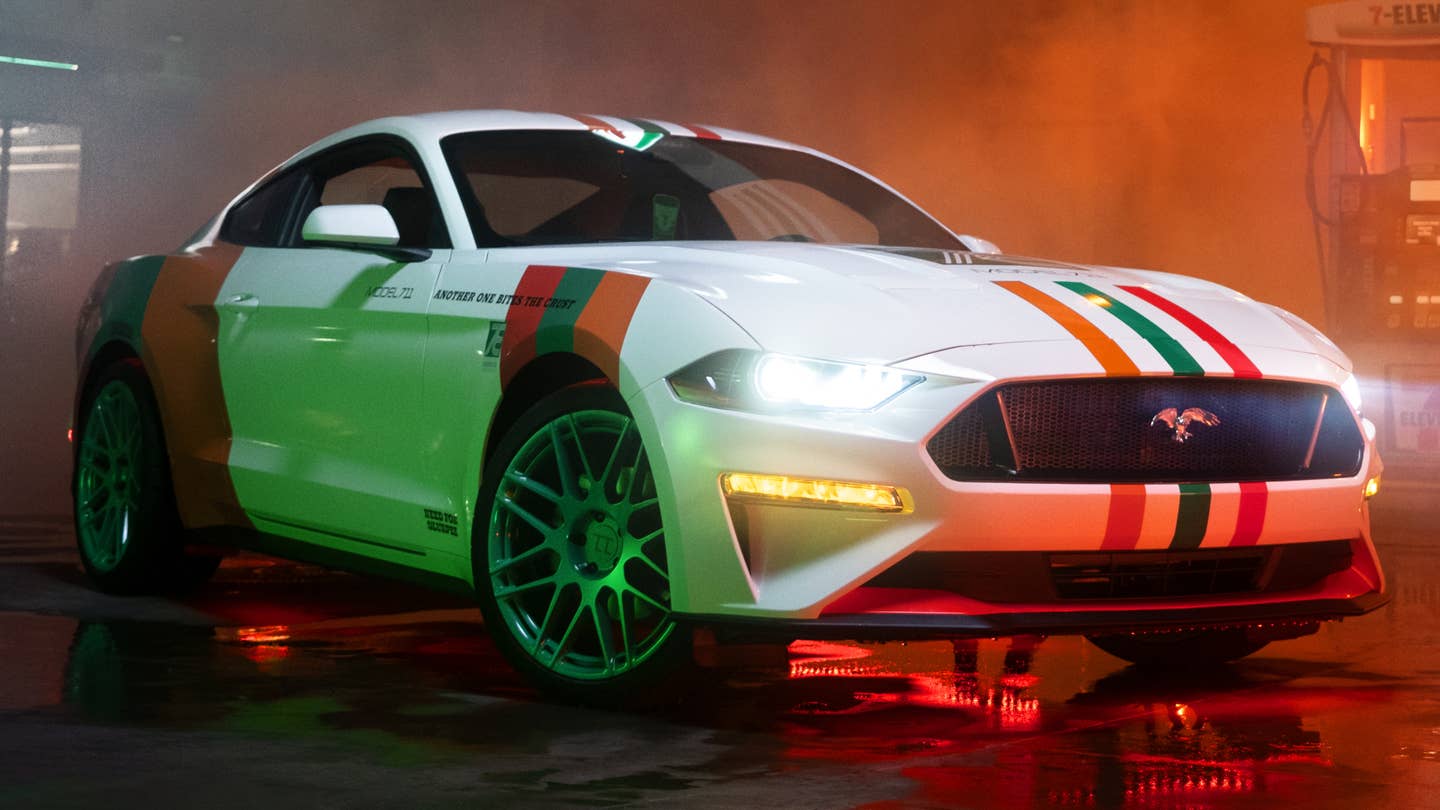 As one of the nation's pre-eminent chains of gas stations and convenience stores, 7-Eleven has somewhat of a connection to car culture. The world-famous brand has now elected to build itself a sweet set of wheels, to be given away to one lucky winner.

The vehicle, known as the Model 711, is based on a 2021 Ford Mustang, though there's no word as to what's under the hood. It's been given lashings of aesthetic mods relevant to the 7-Eleven brand. It all kicks off up front, where the famous Mustang badge on the grille is replaced with a Night Owl, relevant to the brand's customers who come seeking treats in the darkness.

Inside, there's a pizza holder that will carry one slice in safety, along with the usual cupholders for the obligatory Big Gulp. There's also a Slurpee-themed gear shifter and leather seats trimmed in the brand's red, orange and green stripes. It sounds garish but it actually kind of works, as per the photos. To complete the convenience store experience, there's a custom air freshener laced with the smell of 7-Eleven's To-Go coffee.

The exterior has been given the business, too. There's a lovely wrap on the car, giving the Mustang a racing livery in the 7-Eleven colors, though it could use a few more sponsor decals to really complete the look. There's also a stunning set of Super Green rims, along with a red underglow inspired by 7-Eleven's neon signs. Stickers note the ride is "BUILT FOR SPEED & Snacks" and that the driver has a "NEED FOR Slurpee." Typical stuff.

It's a marketing effort that builds on the brand's relevance to the automotive seen. Those on Instagram will have noted the rise of the #carsof7Eleven hashtag, featuring dope rides spotted parked outside the stores. The company even went so far as to embrace a nationwide series of car meets arranged at 7-Eleven locations around the country. As car fans have embraced the convenience store chain, those in 7-Eleven's marketing division have listened and responded.

Those eager to score the one-of-a-kind car can enter via the web or by purchasing various eligible products at the company's convenience store outlets. Those with other gas station allegiances might instead consider commissioning a custom wrap in tribute to Sheetz or Wawa instead.

What Are Your Favorite Gas Station Snacks?

We all know that Hostess Donettes reign supreme. What do you need to stay alive on a long drive?

The convenience store is picking up what enthusiasts are putting down.