A 500+ HP, Engineer-Owned Audi 90 Quattro Track Car Is the One You Want

It’s been constantly improved during the seller’s 15 years of ownership. 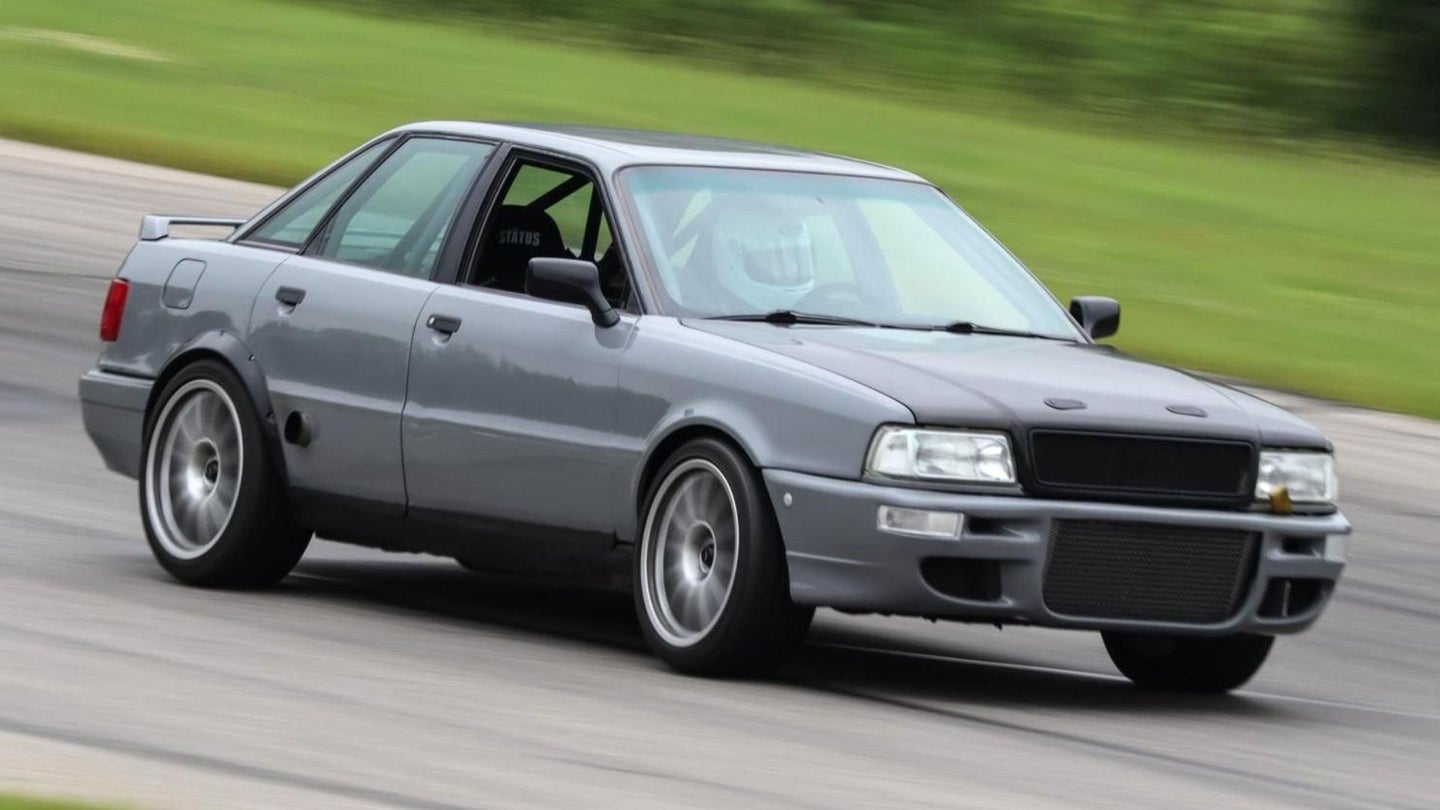 For model year 1990, the Audi 90 (slotted between the more-staid 80 and the upscale 100) was sold as a plain-Jane sedan or a Quattro. In either case, the Audi 90 was equipped with a 2.3-liter, five-cylinder, 130-hp engine with a five-speed manual transmission as standard. The Quattro version included a rear spoiler, sport seats, and leather, and the engine was tweaked to reach 164 hp.

The 1990 Audi 90 Quattro listed on the Cars & Bids site was born as an average sedan with these specs, but then a Bosch Motorsport engineer bought it in 2006 and transformed it into a track-ready speedster. Now it has a 2.2-liter, turbocharged 20-valve donor engine under the hood and the inside has been stripped and replaced with a cockpit fit for racing. With four days left, the high bid on this Audi 90 Quattro is a little over $11,000 and it’s sure to go up from here.

When measured on the dyno, the heavily-modified engine registers a minimum of 516 horsepower and 375 lb-ft of torque at the wheels; the site tuning boosts it to 617 horsepower and 463 lb-ft of torque. Engine modifications include a ported head, BorgWarner EFR8374 turbo with TiAL wastegate, 80mm Bosch electronic throttle body, and a 3.5-inch straight pipe exhaust with side exit. Other additions to the Audi 90 are 18-inch wheels, a custom multipoint roll cage, Porsche brake calipers, and KW V2 coilover suspension.

Imagine yourself careening around the track with a giant smile on your face. I'll wait.

“Now this is awesome. As a fellow owner of a 2.2-liter turbo 5-cylinder Audi from this era, I'm absolutely in awe of this one – a full-blown track car with over 500 horsepower, all out of this little engine," Cars & Bids owner Doug DeMuro says. "It's incredibly rare to find an Audi 90 at all these days, let alone one that's been so heavily tuned and upgraded.”

Also included in the sale are the dyno sheets, tune profiles, performance metrics, and two extra sets of front brake rotors and pads. You might need those if you want to take this out hooning on a regular basis.