The Ghost of Saab Might Be for Sale… Again

The owner of Saab’s former factory and assets could be sold as its owner scrambles for cash. 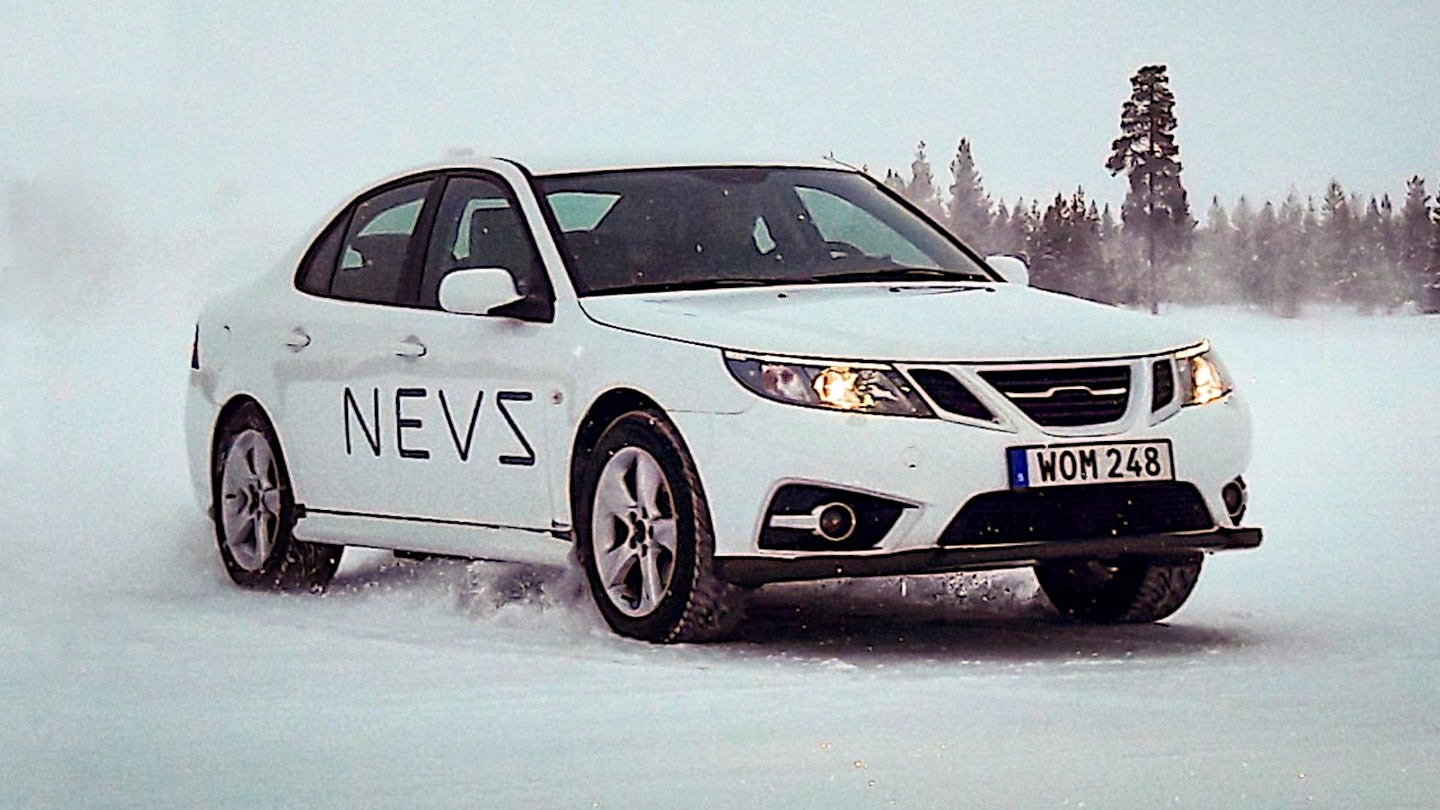 The story of Saab is a sad one, at least in the ending. The company ended up bankrupt, and production due to a close. Saab's assets became the property of National Electric Vehicle Sweden, or NEVS, a vehicle company which came to be owned by Chinese real estate giant Evergrande Group in 2019. With the conglomerate now scrambling for cash to meet its debt repayments, NEVS CEO Stefan Tilk says the company could be up for sale, reports Automotive News.

The Swedish-based arm of the Evergrande New Energy Vehicle group has had a strange history in the wake of acquiring Saab's assets in 2012. NEVS first built a limited number of Saab 9-3s, but only delivered 420 units from 2013 to 2014 before shutting down production. The company had issues paying its creditors leading to court action in 2014. In the wake of this, NEVS lost the right to use the Saab name which is controlled by now-unrelated aerospace and defense company Saab AB.

NEVS then spent much of the last decade touting it's own modified 9-3 EV prototype, first seen in 2014. 2017 saw the company secure a production license in China, before a controlling stake was purchased by Evergrande in 2019. Prototypes of the 9-3 EV have since been spotted in the wild, including 10 showing up in Sweden last year. Concrete information is scarce, but the lack of any big public announcements strongly suggest that the 9-3 EV has not been built in any great numbers, either in plants in China or in the old Saab Trollhättan facility. The company also announced it would lay off 300 of its 650 employees in Sweden in August this year.

Despite this, reports are that NEVS could be valued at up to $1 billion. It's a large figure, one that perhaps accounts for the company's ownership of real working automotive factories, even if they haven't been used much lately. CEO Stefan Tilk notes that "We are in dialogue both with venture people and companies that have the same idea and direction as us and want to get into this with our full competence," adding that the company is talking with "both industrial partners and venture capitalists."

Unlike formerly British brand MG, it's difficult to see the Saab name making a comeback. Even if NEVS is sold to a cashed-up buyer, it's hard to see Saab AB authorizing the use of its brand once again. The company made it clear in 2016 that it had closed any discussion of NEVS using the name ever again.

Head company Evergrande NEV stated in stock exchange filings that it needs an injection of funds if it is to continue paying employee salaries and other expenses. Thus, the situation isn't looking good for NEVS or the broader Evergrande NEV group, which includes flashy startup Hengchi. According to Reuters, smartphone manufacturer Xiaomi could end up purchasing a controlling stake in the Evergrande NEV automotive unit as a whole.

It's a complex story comprising a mess of smaller companies tangled up inside huge global conglomerates. The key note is that the last remaining chunk of Saab is up for sale. If the Trollhättan factory, or indeed, the Saab name, is to live on, will be determined by corporate wheeling and dealing in the coming months. Whether or not we ever see a Saab ride again remains to be seen, but don't hold your breath.