It’s not often that you hear about Rolls-Royces cruising (and drifting) around in the extreme conditions of northern Sweden. 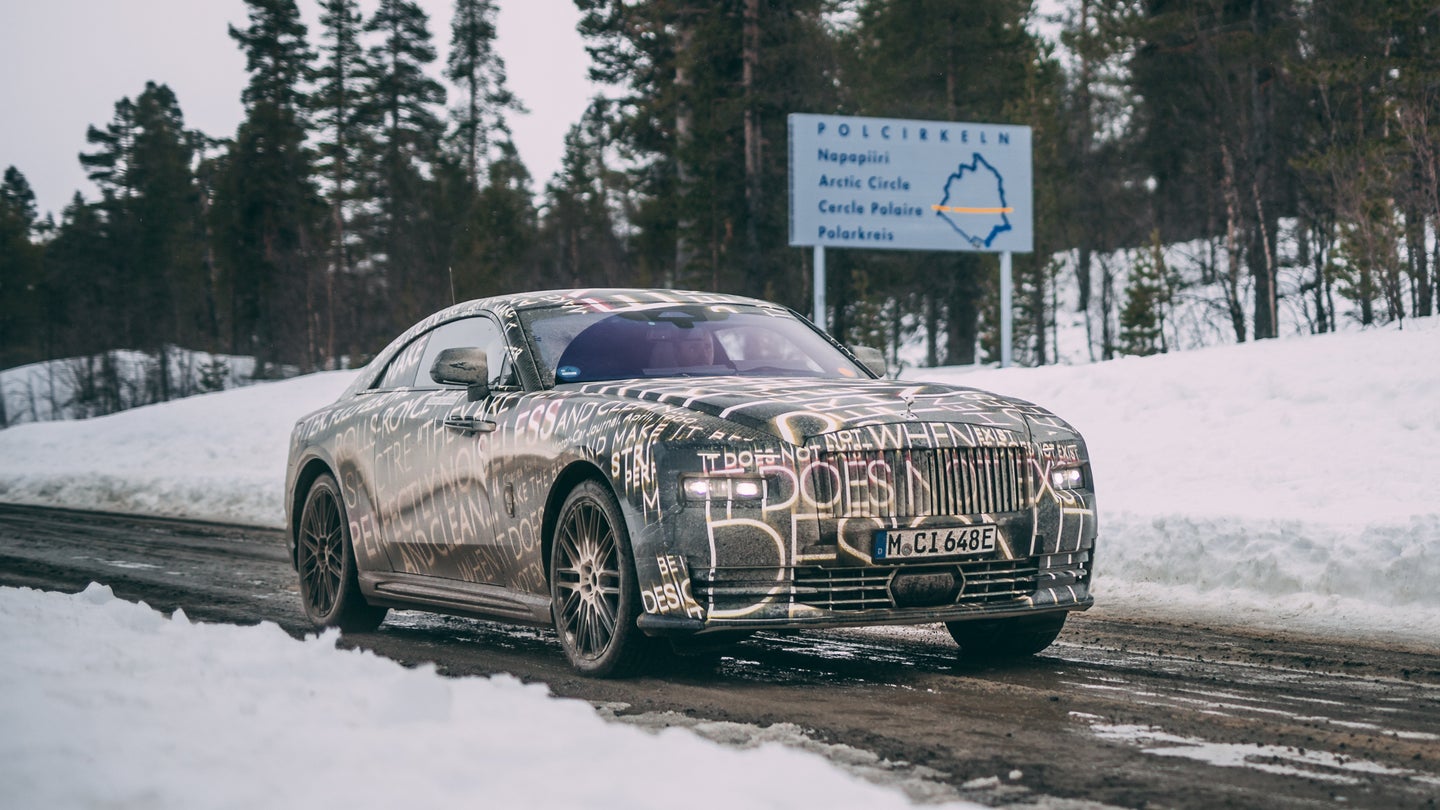 When Rolls-Royce promises to build an EV, you know they're going to put it through its paces first. The company has done just that recently with the upcoming 2024 Spectre, taking the electric luxury car to a testing ground just 35 miles from the Arctic Circle.

Cold-weather testing is vital to any EV, and a Rolls is no exception. While there is the obvious concern for battery life in freezing temperatures, Rolls-Royce also wanted to "willfully destabiliz[e] Spectre" on low-grip surfaces, to ensure the driving experience in snow and ice is still befitting the overall aura and "waftability" of the Phantom Coupe's spiritual successor. The testing has gotten the Spectre to the 25 percent mark of the over 1.5 million miles of trial runs the company is undertaking with the car.

Details are still relatively scarce on the electric Rolls, which is slated to launch as a 2024 model and be fully unveiled later in the year, but the company does boast that it is its most intelligent car yet. The Spectre will offer 25,000 "sub functions," as opposed to the outgoing Phantom's 647, with over four miles of cabling to wire the whole car together. The company states that the roughly 1,500-pound battery pack has been positioned optimally to allow for a smoother undercarriage and to help reduce road noise. If flexing on your haters is more the purpose of your Spectre, however, fear not. The company also notes that the upcoming EV will have 23 inch wheels, the first time a Rolls has had wheels that big since the '20s.

The styling is still vague thanks to the company's camouflage that bears a striking resemblance to live-laugh-love decor, but Rolls-Royce does note it carries forward the split headlights and fastback profile of the Phantom Coupe. I'm just thrilled that Rolls-Royce has decided that factory dubs are in vogue yet again, personally.

The luxury EV conversion ended up spawning a new business for its owner.

Take a look at the past, and it’s clear this sort of thing has happened before.

Like many other ultra-luxury brands, the famed automaker enjoyed its best-ever sales in 2021.