If you're looking for the ultimate luxury car, you might consider a Rolls-Royce. The brand has been around for over a century, producing vehicles of class and stature that are prized by people of wealth the world over. With that said, if you're a member of the billionaire's club, you couldn't possibly stoop to buying your car off the rack. You've got to go bespoke, or coachbuilt, if you will. It seems hip-hop power couple Jay-Z and Beyonce have done just that with the Rolls-Royce Boat Tail, according to reports from The Telegraph.

As we've reported earlier, the Boat Tail is a two-door convertible with four seats, with similar proportions to the brand's existing Dawn convertible, barring some additional length behind the rear wheels. The one-off build reportedly comes with a price tag of £20 million in the Queen's currency, or approximately $28 million USD at time of writing. It's a significant leap above the roughly $12.5 million that the Bugatti La Voiture Noire sold for, the previous holder of the title of world's most expensive new car.

It's unclear precisely where The Telegraph got the tip that the car was purchased by Jay-Z and Beyonce, though the British paper cites two major points in addition to "industry rumors" and their anonymous source. The car's interior is finished in blue leather, with The Telegraph claiming the particular shade is "Blue Ivy," in reference to the daughter of the couple. Additionally, Rolls-Royce cites the fridge in the rear deck is set to precisely six degrees—the optimum temperature for serving Jay Z's preferred champagne, Armand De Brignac.

Naturally, the charm of the Boat Tail lies in its rear "deck." Where a trunk would be on a more conventional car, the rear deck features two panels that open up towards the car's centerline to reveal precious cargo. Inside, there are two bottles of champagne and four wine glasses, along with an ice bucket and branded napkins. There's also a pair of fold-out cocktail tables, as well as two folding stools upon which to enjoy a cool glass of bubbles. As a final party piece, there's a folding parasol that extends out from the car, luxuriously shading the traveling party as they imbibe expensive fluids.

The Telegraph report that these design touches line up nicely with the couple's love of outdoor picnicking. Meanwhile, the car's left-hand drive setup is perfect for cruising the Cote D'Azur, a spot in which the duo are often spotted holidaying. The outlet may be drawing a long bow, but it's that which the British are perhaps known best for.

Details on the car's engine are absent, but that's never really been the point of owning a Rolls-Royce anyway. It's likely packing a version of the BMW N74B66 twin-turbo V12 that the company has been using for the past decade or so, sporting around 563 horsepower. It should be plenty enough to merge on any highway the couple might encounter.

Perhaps the most likely way we'll get confirmation as to the vehicle's ownership is if it turns up in a future music video. The couple have released just one single together as The Carters, with 2018's Apeshit featuring a clip shot entirely at France's Louvre museum. The fact the couple was able to hire the facility for a hip hop shoot is a testament to their wealth and standing; the Rolls-Royce Boat Tail may be the latest totem that does the same. 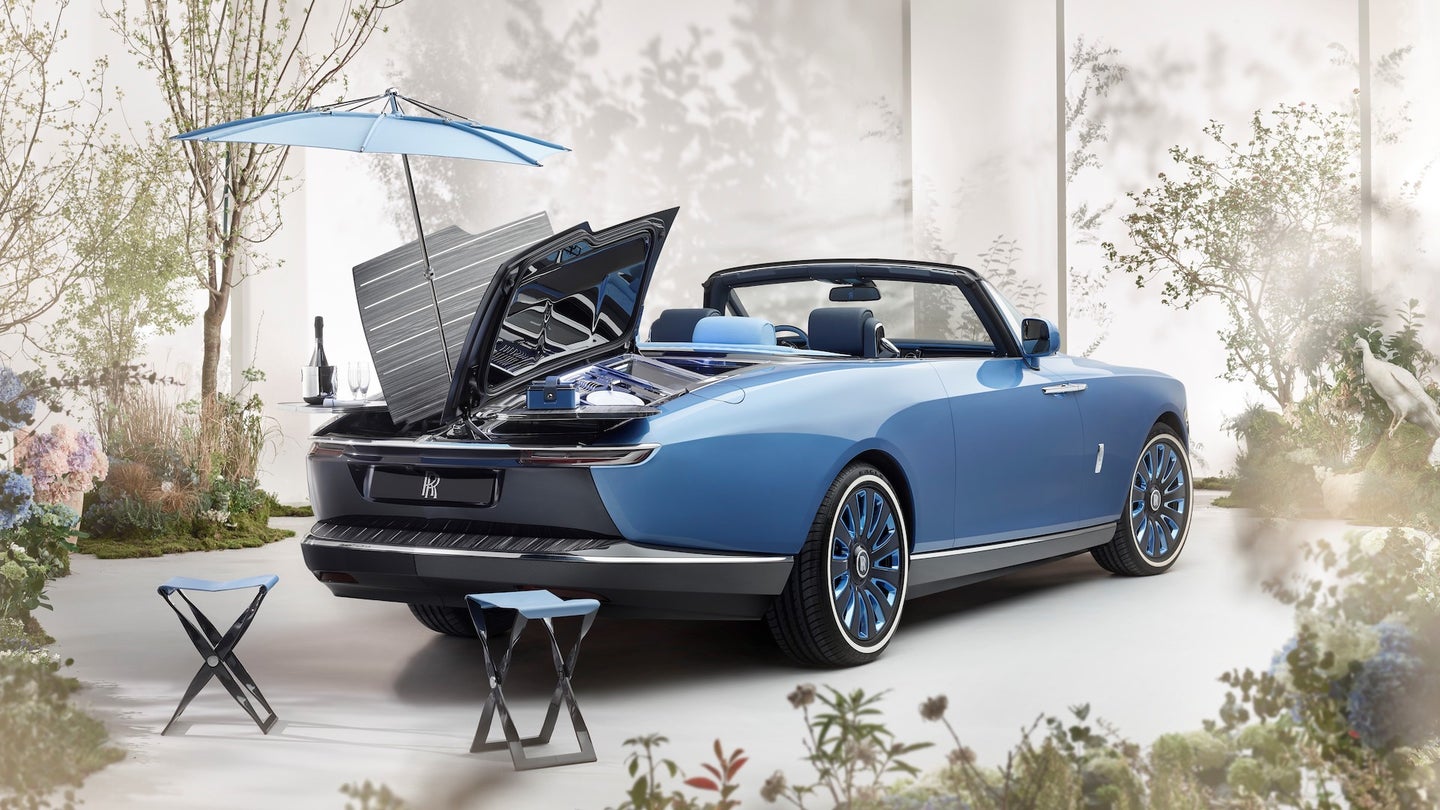 The champagne fridge has been tailored to fit bottles of Armand de Brignac, specifically. 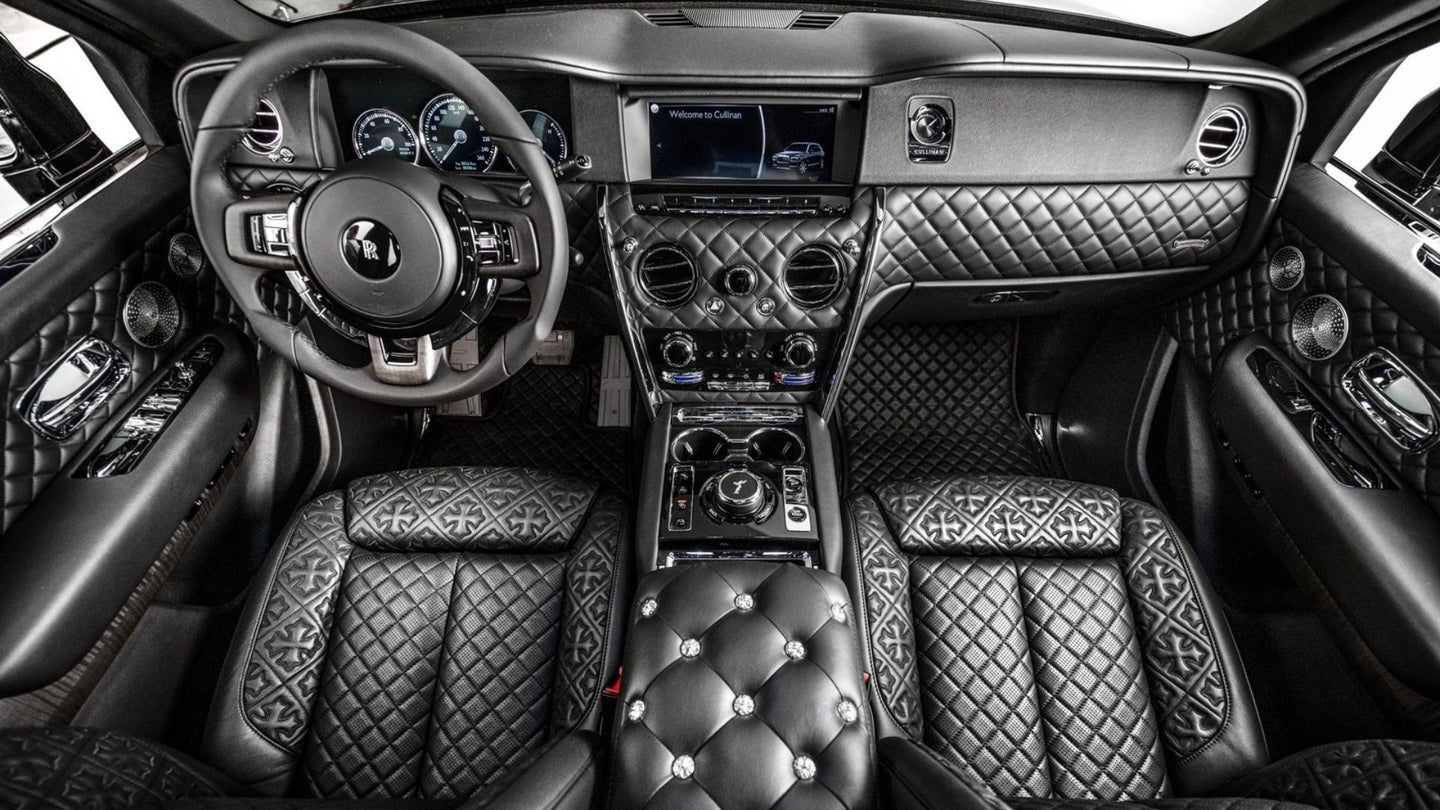 No interior surface was left behind in this wild Chrome Hearts collaboration. 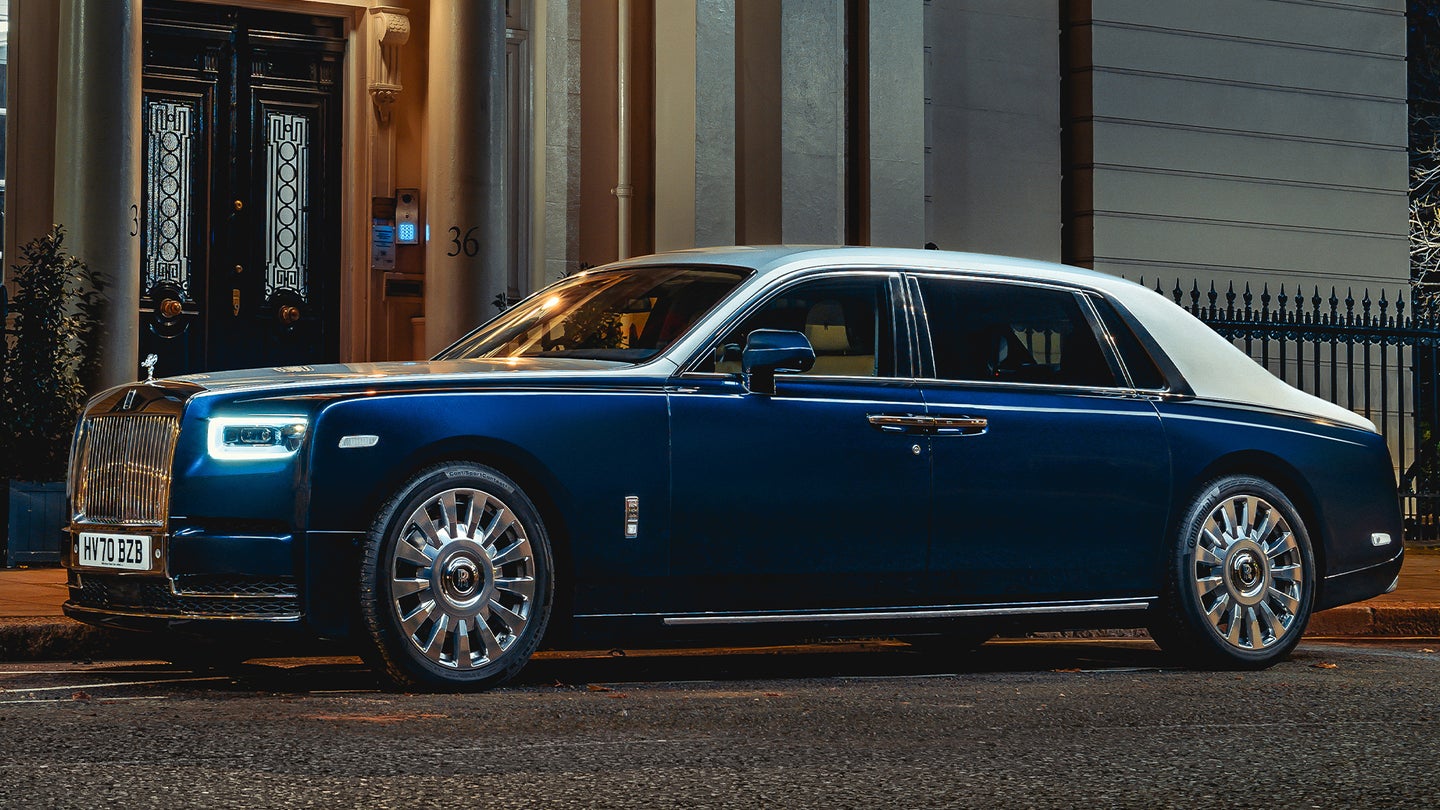