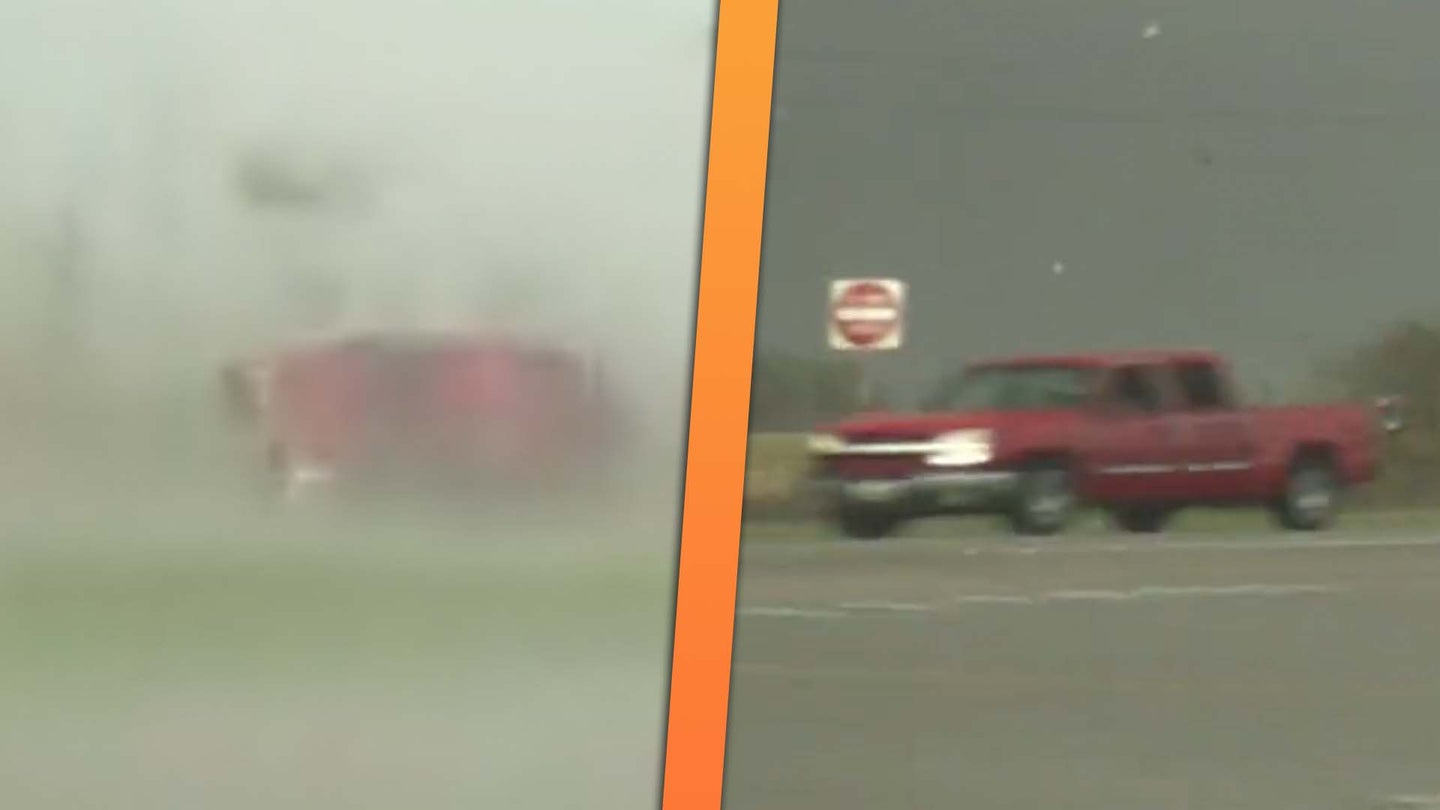 If you're on social media or, indeed, an avid reader of The Drive, you might've seen the Chevy Silverado that was lifted off the road by a Texas tornado and then drove away. It was a pretty miraculous feat, and local news station KXAN Austin even tracked down the truck, only to find it with minor scratches on its side. This entire ordeal has turned out to be a meme machine, not to mention great PR for Chevy, which is collaborating with Bruce Lowrie Chevrolet of Fort Worth to give the driver and his family a brand new Silverado.

Riley Leon, who's only 16, will soon have a 2022 Chevrolet Silverado 1500 LT All Star Edition in Cherry Red. The dealer decided to lend a hand after seeing Leon's interview on KHOU 11, and Chevy has also donated $50,000 to the American Red Cross to support natural disaster relief efforts across Texas.

"We are thankful Riley is safe, commend his driving skills during a frightening situation, and our hearts are with other families in Texas that have been affected by these storms," Chevrolet said in a statement. "Due to the quick action of the team at Bruce Lowrie Chevrolet, the new truck will be presented to Riley and his family on Saturday, March 26, at the dealership."

Leon was apparently coming home from an interview with Whataburger when he encountered the storm on his way home, as KHOU 11 reports. He claims it was a family vehicle, though he had just purchased it from his dad.

I reached out to Chevrolet on Wednesday asking if it would be giving the driver a new pickup, though at the time, only the American Red Cross donation had been confirmed. I'm glad to see Leon getting a 2022 Silverado, especially considering how much good press this has brought about for the company that made his truck. It's pretty much all I've seen on Facebook ever since storm chaser Brian Emfinger posted the viral clip on Monday night.

That, my friends, is a once-in-a-lifetime situation—not only to make it out of the storm but also to have it caught on camera.