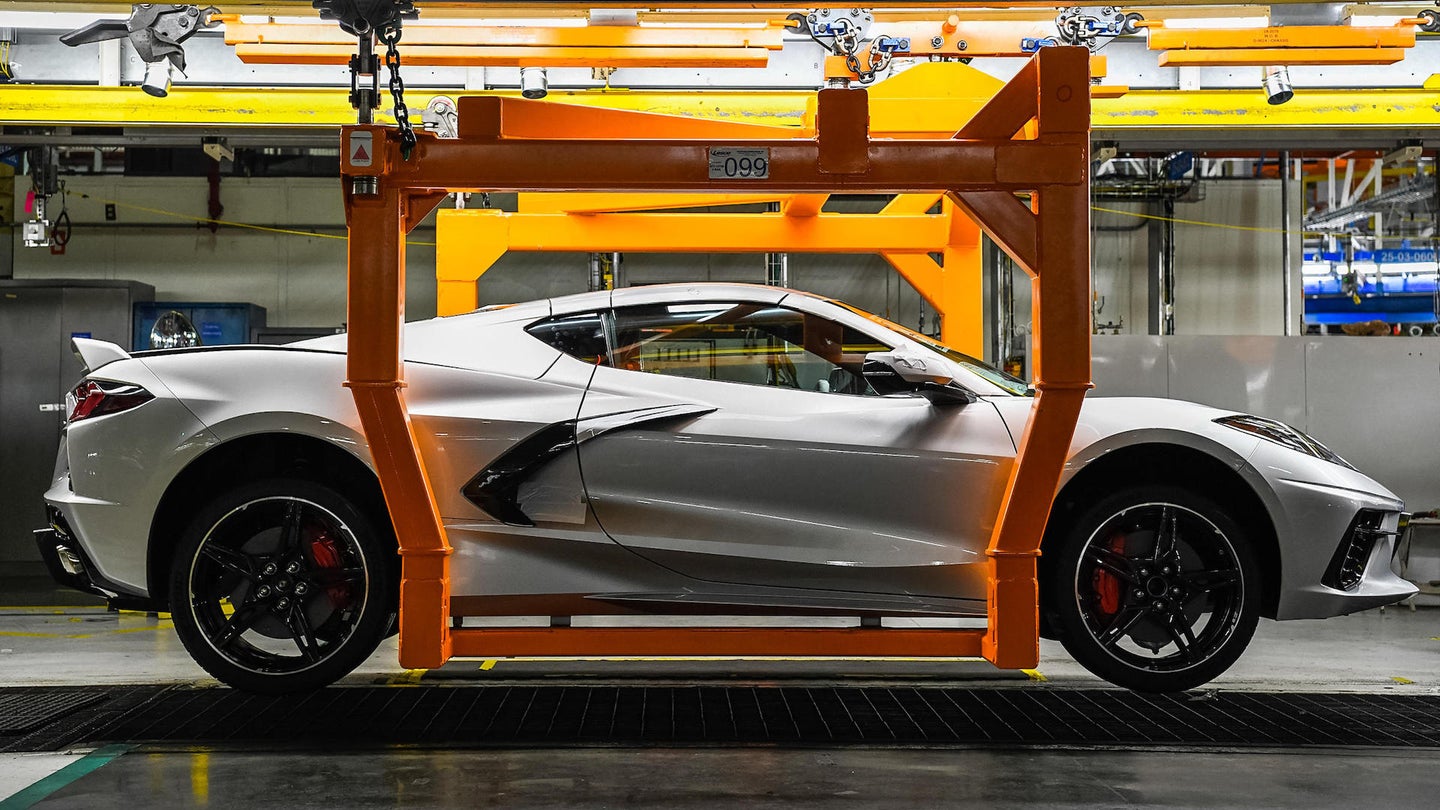 Just over a week ago, the tornadoes that killed dozens of people across multiple states also hammered the Chevrolet Corvette production facility in Bowling Green, Kentucky. As a result, manufacturing was brought to a halt. Mercifully, no injuries were reported at the factory, though the storm has apparently damaged some in-production Corvettes—and a lot of them.

Corvette Action Center reports Chevy dealers with C8s on order were notified last Thursday that "approximately 122" cars were damaged beyond repair and will be scrapped. This has disrupted the C8's production schedule and will reportedly require Chevy dealers to re-submit orders (presumably for the wrecked cars), though the orders for vehicles damaged in the storm will reportedly be the first fulfilled when production resumes. Additionally, allocations for the next round of 2022 model orders are reportedly unaffected.

The Drive attempted to confirm this number of vehicles damaged with Chevrolet, though a spokesperson only said that orders wrecked by the storm would indeed be moved up.

"If a customer's order was impacted by the storm, the customer will be contacted by their dealer and their order will be prioritized and re-sequenced back into production, with an expected production date as quickly as possible after the plant resumes normal operations," stated a Chevy spokesperson.

If that figure of 122 cars turns out to be true, that'd mean at least $7.5 million in lost vehicle damages alone. Corvettes for the 2022 model year have a base price of $62,195 including destination, and it's a given that many of the affected cars were optioned well above that price point.

While those who had mid-engined Corvettes on order might not like waiting extra weeks or months to get their cars, the damage left by the storm should if anything make them grateful they escaped inconvenienced, but unscathed. Cars, after all, can be replaced, while every life lost to the tornadoes was one-of-a-kind.

Six Amazon warehouse workers were killed by the storm that same day.