Dealers Are Getting Bored With No Cars to Sell

The chip shortage has left dealers without stock and there’s little they can do about it. 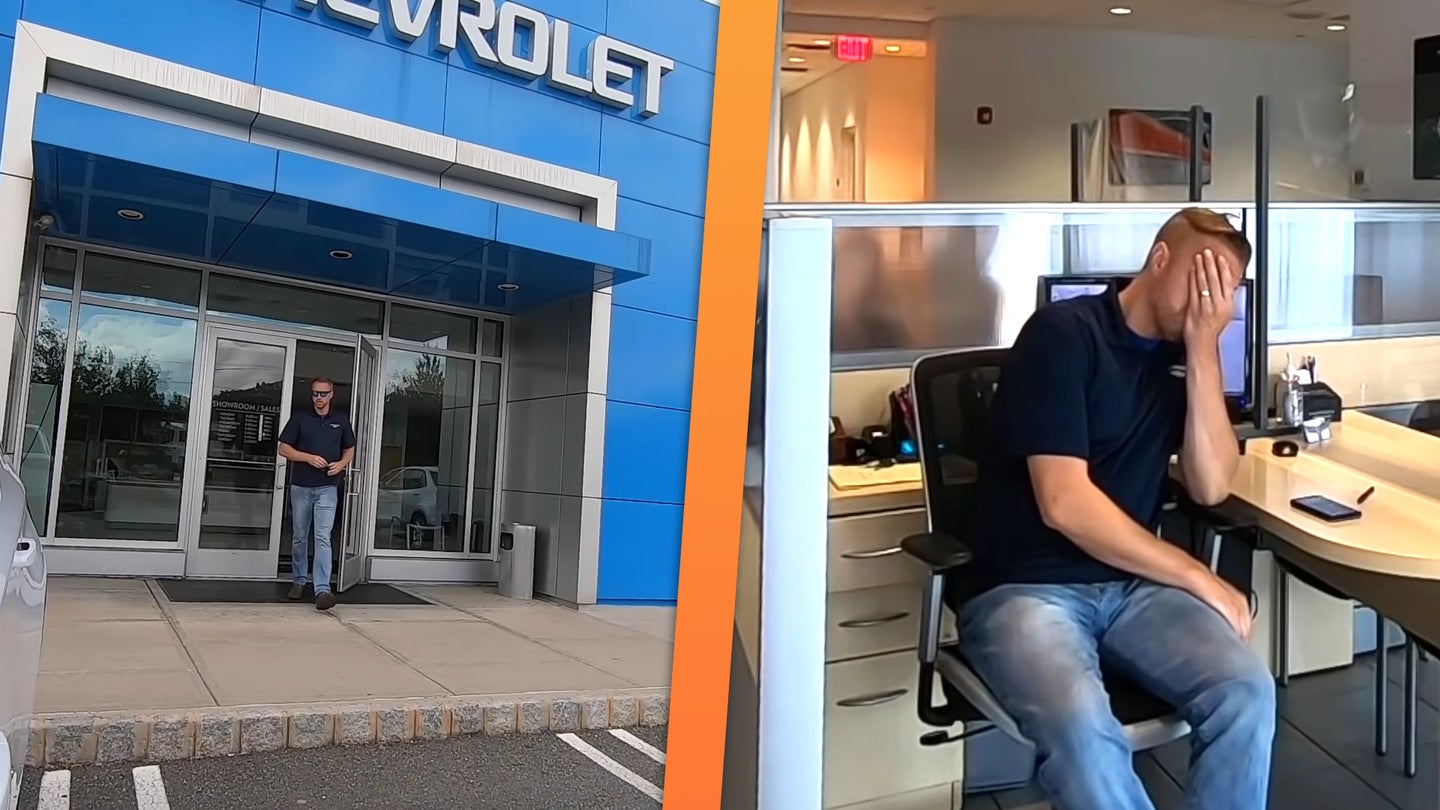 The chip shortage, it rages on. It feels like we've been talking about it all year, and the hits keep coming. YouTuber Dave B sells Chevy is a car salesman who, as you might expect, sells Chevrolet products. He's now dropped a video enlightening us as to what it's like working at a dealership when there's hardly anything to sell.

The video kicks off with Dave giving us a run down of the dealership's total stock of new vehicles. There are two Chevrolet Silverados, a double cab and a crew cab, both outfitted with the 2.7-liter turbo engine. There's five Chevrolet Equinoxes out back, plus one more in the showroom itself, and that's it.

Dave notes that this is particularly troubling when customers visit wishing to enquire about other models. Whether it's a popular truck like the Silverado or the mass-market EV Bolt, the dealership simply doesn't have stock on hand. There's nothing to be done but apologize to the customers and lament the difficult situation in the market at present.

The rest of Dave's day consists of dealing with a couple of loose ends, including the delivery of just his fourth car of the month despite the fact the video was recorded on August 18th. The sales numbers are staggeringly low, and it's not something that bodes well for dealers if the situation stretches out into the longer term. Orders are taking a long time, too, with Dave noting a car ordered in April took four months to arrive on the lot.

The present situation has an effect on deals too, as Dave notes that the dealership is largely unwilling to do discounts under the current conditions. With so few cars available across the market, there's no need to cut prices to move a car. Dealers can simply wait for someone else to come along who is willing to pay full price.

It's a great look at the reality of dealership life at the moment. The lot is hauntingly quiet, which funnily enough probably made it easier for Dave to shoot this video. The chip shortage will come to pass in due time, assuming civilization still stands. In the meantime, sales staff will find they have plenty of time to twiddle their thumbs.

Ford Would Rather Build-to-Order Than Pack Dealer Lots

Using sales incentives to liquidate dealers’ overstock is bad business, and Ford wants to move away from the practice.

You can’t build pickups if you don’t have the parts, sadly.