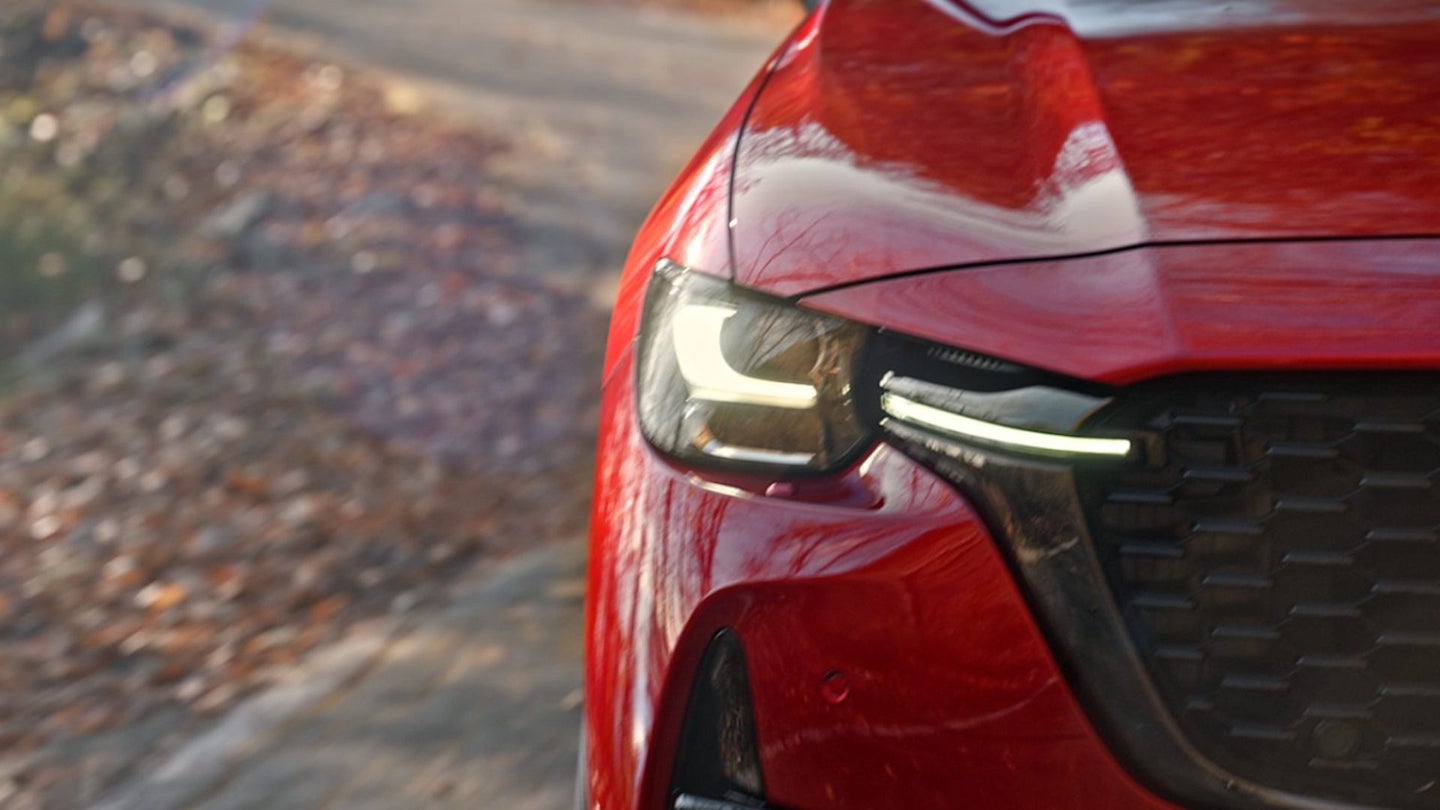 Two weeks ahead of its scheduled reveal, Mazda has released a brief first look at the new CX-60. Confirmed to be rear-wheel drive, Mazda's latest crossover will be a plug-in hybrid vehicle built in Japan. And speaking of, the automaker has opted to use lots of Japanese words and ideologies in describing the CX-60's design, as has become the company's M.O.

A "Kaichô"-inspired interior uses a blend of materials like maple wood, Nappa leather, Japanese textiles, and chrome. "Musubu" stitching on the dash can be seen in a teaser shot of the CX-60s interior and really does look quite different from what we're used to, as far as automotive interior stitching goes. The dash itself—as in the two sections said stitching is appearing to hold together—looks to be some sort of fabric instead of the regular plastic. Also peep the swanky-looking door card that's decked out in what looks like wood, metallic trim, and the same fabric that adorns the dashboard.

The CX-60's exterior is also apparently quite Japanese, boasting an evolution of the company's "Kodo" design and embracing something called "Ma," the Japanese concept of "calm and dignified beauty of empty space." Mazda has also released a partial photo of the front end that shows off a headlight and part of the grille. The design matches up with the leaked cars we saw back in November and essentially confirms that those cars were indeed real, full CX-60s.

Other than the fact that this will be a PHEV sitting on a rear-drive architecture, not much else has been confirmed about the CX-60, mechanically speaking, but Mazda's new mild-hybrid inline-six has been heavily rumored to be in the mix of potential engines powering this car. Pair that with RWD and you've got quite the unique setup in this section of the marketplace.

No matter what the plug-in powertrain will specifically look like, though, this car will join the MX-30 EV as part of Mazda's electrified portfolio. The new 2023 Mazda CX-60 PHEV will officially be unveiled on March 8.

Got a tip or question for the author about the CX-60? You can reach them here: chris.tsui@thedrive.com