What’s Next for Mazda, The Everyman’s Enthusiast Brand 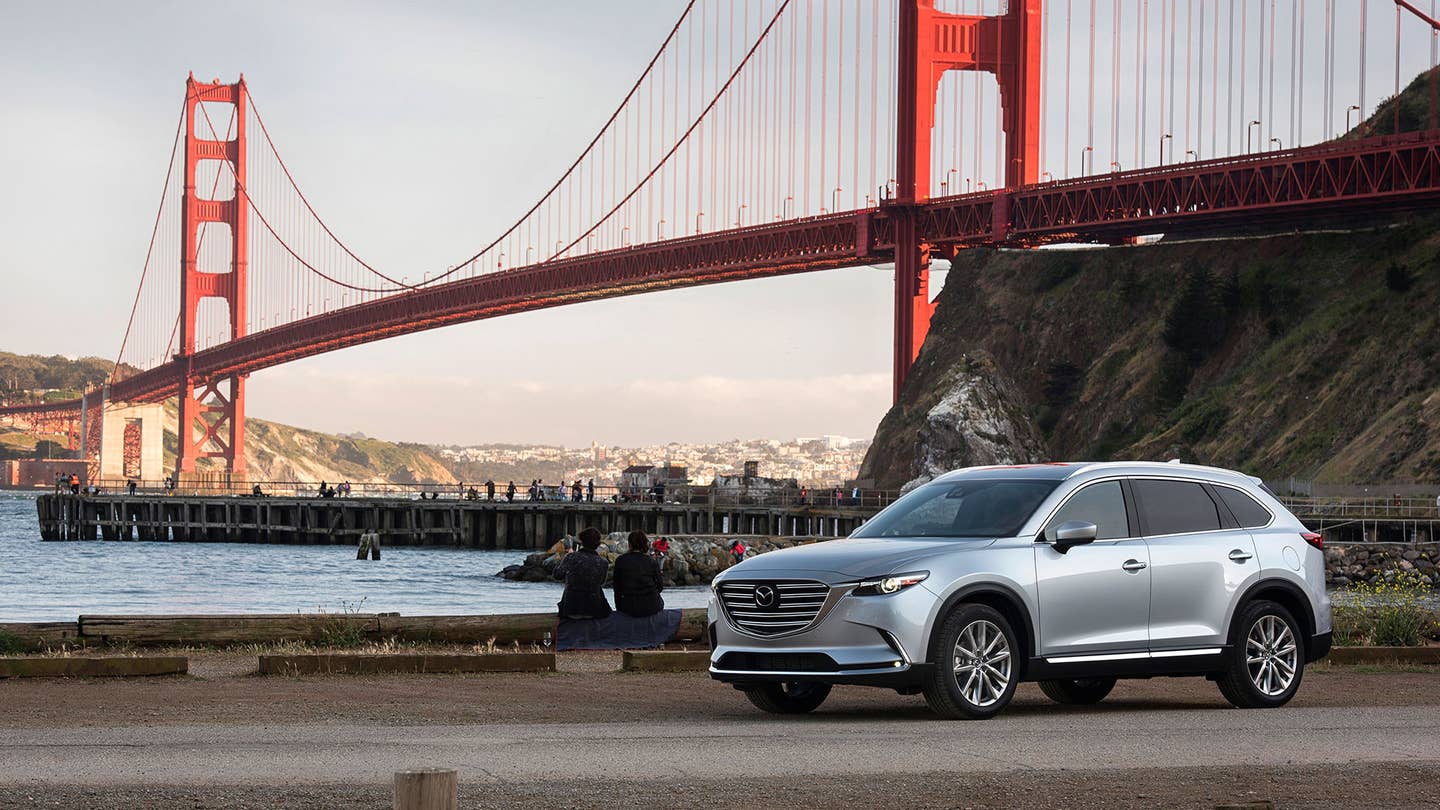 If you’ve owned a Mazda in the past, odds are you went somewhere else when it was time to trade in: The Japanese automaker struggles with a loyalty rate of just 30 percent. That’s one of the reasons why its sales have been slipping this year, even as the overall U.S. market is heading for another all-time record.

That’s led the carmaker to turn its business strategy “180 degrees,” according to Masahiro Moro, the new CEO of Mazda North American Operations. “Being a small manufacturer, we’re not able to survive” without a complete shift in direction, he explained during a Detroit lunch meeting.

Rather than focusing on growth at all cost, Mazda is now emphasizing customer satisfaction, according to Moro, who also serves as the parent company’s global marketing chief. The new CX-9 crossover-utility vehicle is perhaps the best example of that strategy, he said, cautioning that it will take Mazda two complete generations of new vehicles to fully transform itself.

In an unusually candid conversation, Moro acknowledged the challenges facing an automaker that controls only about one percent of the global automotive market. And he conceded Mazda won’t be able to go it entirely on its own. Former Mazda Motor Corp. CEO Takashi Yamanouchi lined up a series of alliances before stepping down two years ago, setting up deals with Toyota and Fiat Chrysler. Mazda is now set to team up with erstwhile Japanese rival Isuzu, as well.

Those alliances could prove especially critical as Mazda struggles to deal with increasingly strict fuel economy and emissions rules, according to Moro. Its SkyActiv powertrain technology is enough to deal with near- to mid-term mandates, but it will likely depend on outside help in the longer-term—especially if it needs to shift to battery-based drivetrains, including plug-in hybrids and pure battery-electric vehicles, or BEVs.

On the sales front, Mazda reported a 3.8 percent dip in U.S. demand last month, with the numbers off 8.6 percent for the first half of 2016. But those figures aren’t quite as bad as they first appear, said Robert Davis, Senior Vice President of U.S. Operations for Mazda North America, who joined Moro for the lunch meeting.

Davis admitted the company is “having a rough year,” but that’s partially due to Mazda’s intentional decision to cut sales to daily rental companies and other fleet buyers by roughly half. It also hasn’t helped to be in a product transition period where several key models were unavailable for part of the year. With the arrival of the new CX-9, showroom traffic is rebounding, according to Davis, and Mazda might yet end 2016 with level sales.

The CX-9 brings together much of Mazda’s new strategy, including its design language, SkyActiv powertrain, and lightweight body engineering. But it also reveals Mazda’s shift away from being a discount brand to one emphasizing “value,” said Moro. It may be mainstream, but it sees its targets as upscale brands like Mercedes-Benz and BMW.

And while Mazda tried to appeal to everyone in the past, it now aims to target just 20 percent of the market, the true driving enthusiasts—appropriate for a brand that long used the catchphrase, “Zoom-zoom.”

Significantly, that strategy appears to be working with the CX-9, with loyalty rates (i.e. repeat sales) on that model running over 60 percent, said Davis. That's twice the Mazda average.

The CX-9 is one of seven core models that the Japanese maker will focus on going forward, a list that also includes the CX-3 and CX-5 crossovers, the Mazda2, Mazda3, and Mazda6 passenger cars, and the little MX-5 roadster. There currently are no plans to market the Mazda2 in the U.S.

Whether Mazda can make the new strategy work is still uncertain, with Moro noting it will likely be early in the next decade before all the pieces come together from a product standpoint. By then, it will face another tough challenge as markets as diverse as China, the European Union, and the U.S. put in place new mileage and emissions rules.

At least for now, “We don’t need a big hybrid system because the SkyActiv system is so efficient,” said Moro, but he acknowledged that plug-ins and BEVs will likely be needed by the middle of the next decade.

Mazda hopes to tap its allies, especially Toyota, for help when it comes to zero-emission vehicles. The two formed a relationship when the smaller Japanese maker began supplying the Mazda2 for use by Toyota's now-defunct Scion brand. They are now in “regular communications” over battery-based technologies.

Mazda sees alliances as a way to help spread its budget and fill product gaps. It partnered with Fiat Chrysler to develop the underlying platform for the fourth-generation MX-5 Miata—the same architecture used by FCA for the new Fiat 124 Spider.

And Moro confirmed reports that Mazda has inked a deal with Isuzu for a replacement for the small pickup it produces in Thailand for the ASEAN region. That will free up space at the Thai factory to increase crossover production.

As for Mazda’s long-running relationship with Ford, that largely came to an end when the U.S. maker’s former CEO Alan Mulally sold off most of Ford’s controlling stake. They continue to operate the Thai plant together, and remain in contact on several possible projects, Moro said.

Mazda’s search for more efficient drivetrain technology led it to become one of the few Japanese brands to take a serious look at diesel power. It currently offers the 1.5-liter SkyActiv-D engine in Japan, a traditionally diesel-phobic market. The response has been surprising, with diesels now accounting for 70 percent of Mazda’s Japanese sales. In fact, Mazda has single-handedly doubled Japanese diesel sales.

The automaker had planned to bring the SkyActiv-D to the U.S., and even launched a short-lived motorsports campaign. But it put the effort on hold in early 2014 when it found it couldn’t deliver the necessary mix of mileage, performance, and low emissions.

At the time, frustrated Mazda insiders said they couldn’t figure out how rival Volkswagen was able to pull it off with its own 2.0-liter turbodiesel. As it turns out, VW couldn’t, using a so-called “defeat device” to rig emissions test.

The question is whether the emissions scandal has damaged the German maker’s image, or diesel’s image, said Davis. “We think the damage is to Volkswagen, but we’re still deciding” whether there’s enough demand for Mazda to finally launch a U.S. oil-burner.

For his part, Moro said he is skeptical about the technology’s future, adding that a final decision should be made in the coming months.