Said to come in gas, diesel and SkyActiv-X configurations, don’t expect this straight-six before 2022. 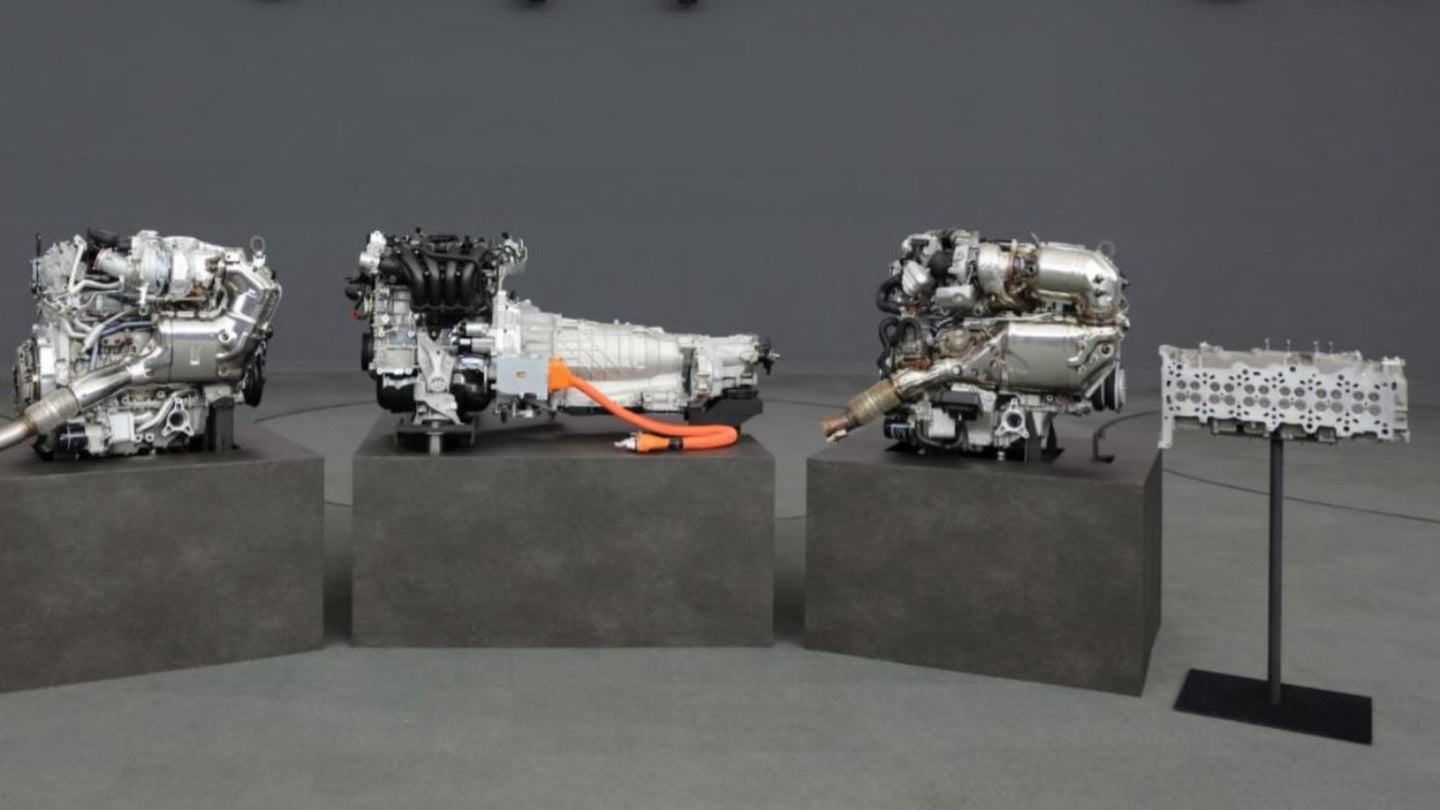 It's no secret that Mazda has been working on a new inline-six engine for some time now, but we now have visual proof of it. Reportedly spotted in a slide as part of the company's Q3 2020 financial report is an image showing the upcoming straight-six motor, as well as new four-cylinder and plug-in hybrid powerplants.

According to the slide, Mazda's new longitudinal six-cylinder (meaning it'll sit so that the cylinders run the length of the car rather than side to side) will be available, globally at least, in gasoline, diesel, and what we can only assume to be SkyActiv-X configurations. It will reportedly be offered primarily alongside all-wheel drive.

Also judging by the slide, it looks like Mazda is merely in the "foundation building" stage of things that'll continue to play out over the "next two years." Translation: Don't expect any of these motors to be hitting the streets sooner than 2022.

Officially, the specific Mazda models in which the upcoming straight-six will be sold is anyone's guess, but rumors have it powering the next-gen Mazda6 and even a future RX sports car. Some even say Toyota will leverage its tech partnership with the Hiroshima company and use the inline-six in its future Lexus IS and RC.

On top of those new six- and four-cylinder gas engines, Mazda will also apparently make a significant dive into electrification, albeit with a very Mazda spin, no pun intended. On top of working on plug-in hybrid and 48-volt mild-hybrid tech, electrified Mazdas will incorporate rotary engines, naturally, as gas-powered range extenders—an initiative that tracks with the company's previous announcement to resurrect the spinning Dorito as a range extender for the MX-30.

2020 Mazda3 Hatchback Review: Quite Possibly All The Car You’ll Ever Need

Still, we can’t blame you if you want to wait for the turbocharged version.