Vietnam's VinFast claims it's trying to defend its reputation against "untrue" statements by a popular YouTuber. 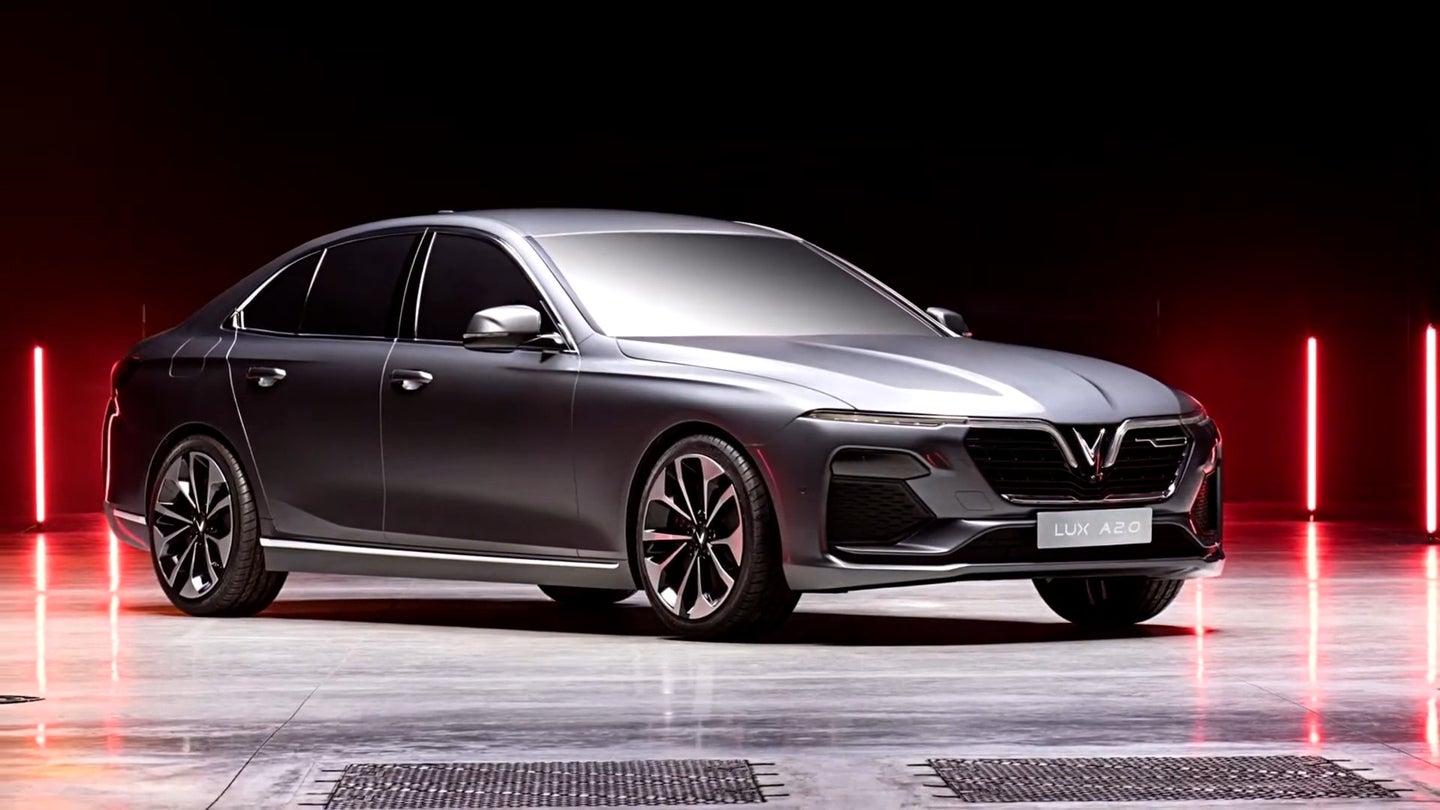 Social media has become the default venue for customers with a bone to pick about bad quality or poor customer service. For better or worse, it allows people to share their negative experiences with a wide audience, ostensibly in the hope that they will see their concerns addressed. Unfortunately, that wasn't so for Vietnamese YouTuber Tran Van Hoang, who found himself in legal trouble after the automaker VinFast called the police on him after he posted a video critical of his new VinFast Lux A2.0 luxury sedan, Reuters reports.

You might laugh, but the Vietnamese automaker—which plans to start selling in Europe and North America in 2022—is taking the matter very seriously, going so far as to release a public statement on May 2. "Although Mr. Tran Van Hoang proactively removed those clips, we saved all the evidence and have sent our complaints to the police," the statement read. It's unclear which police department took the complaint, and whether or not Hoang has been interviewed over the matter yet.

It's worth noting that VinFast is Vietnam's first domestic carmaker, founded just four years ago in 2017, so it seems to be getting a crash course in customer relations. Enquiries made by Reuters to police officials in Ho Chi Minh City, where Hoang is based, indicated they were unaware of the case. In response to questions, Hoang declined to comment on the matter.

Hoang's YouTube channel, GoGo TV, boasts over 450,000 subscribers, posting videos on a variety of topics. VinFast vehicles make regular appearances, particularly the white VinFast Lux A2.0. While the contentious video that raised the ire of VinFast has been removed from the GoGoTV channel, it is available elsewhere online. In the video, Hoang raises multiple complaints about the car, from issues with the fit and finish of the doors and seals, as well as noises from the brakes and other minor concerns. The major frustration appears to be with multiple recurrent faults that Hoang has struggled to get addressed under the warranty period.

The case has drawn much public comment on VinFast's Facebook page, with over 23,000 comments at the time of writing. The company's strategy of openly commenting on the case and the heavy-handed measures taken have drawn even more attention to the video that it so severely disagree with. It's even drawn a claimed former VinFast employee to chime in, making a post on the topic on what appears to be the website of a commercial cotton supplier.

Of course, VinFast aren't the only automaker to come to legal blows with a customer—Ferrari has been there before over some spicy Instagram posts. And of course, who could forget Ford suing John Cena for daring to sell his Ford GT on the used market? While there is a language barrier, there does not seem to be anything in Hoang's video that would justify police action or a court case in the West, however, cultural norms and laws obviously vary around the world.

With VinFast working hard on plans to expand into the US, Europe, and Canada, they will eventually have to face criticism from the automotive press and the public like any other carmaker operating in the public sphere. Whether this leads to more police reports or legal actions, only time will tell.