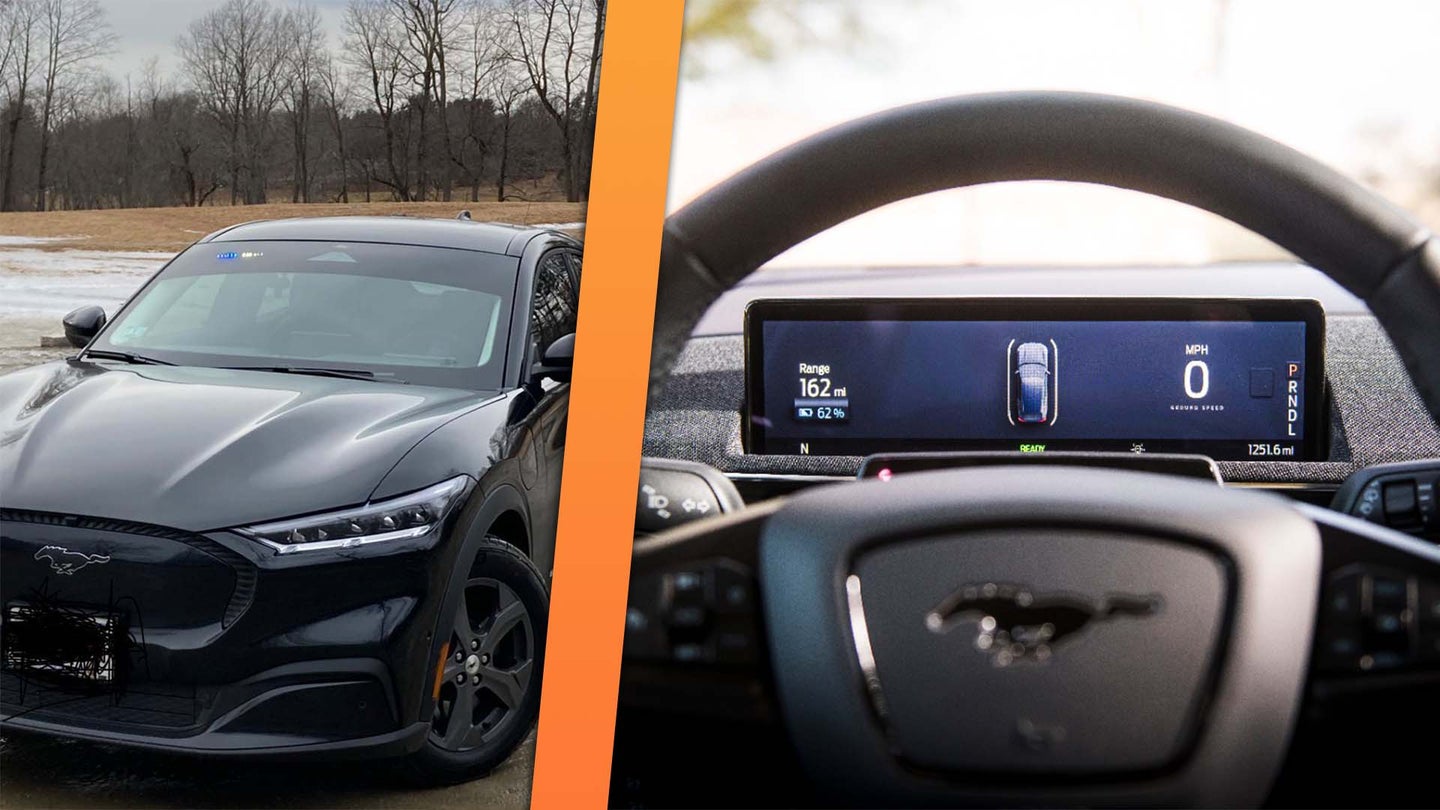 Concord, Massachusetts has become the latest police department to add an electric police car to their fleet, with a new Ford Mustang Mach-E recently reporting for cruiser duty. While the city is far from the first to switch to an electric vehicle for police work (New York City recently put in an order for 184 Mach-E police cars), this one is not intended for public-relations outreach or visible headlines. Instead, it's an unmarked car.

In a Facebook comment, Concord PD stated that the new Mach-E is intended primarily for administrative duties. In a call with The Drive, Concord chief of police Joseph O'Connor confirmed that while the car's main intent is to be used as a non-patrol car, the Mach-E was outfitted by the department with lights, a siren, an aftermarket police radio, and a "light equipment loadout."

This means that should the department need the vehicle to perform traffic stops, it's more than equipped. In Massachusetts, the use of unmarked police cars for traffic stops is legal, so it is entirely possible that Mach-E may end up doing traffic enforcement in the future.

The city has specific sustainability goals that motivated the department to purchase the Mach-E, according to O'Connor. The choice of the Mustang Mach-E was further motivated by the need for all-wheel drive given the snowy climate of Concord, which is 19 miles away from the city of Boston.

The chief further confirmed that the police department will be taking delivery of a Tesla Model Y next week as a pilot vehicle for its first electric patrol car. While Tesla does not sell a pursuit interceptor edition of any of its cars, Setina, a police aftermarket supplier, now produces a full line of equipment for both the Model Y and Model S. In fact, the Model Y will be getting a full interceptor treatment from the department, with lights, markings, plastic back seats, and internal dividers.

Got a tip or question for the author? Email victoria.scott@thedrive.com.