When confronted by police in Southern California, an alleged shoplifter escaped after ramming his Mustang into several police cars. 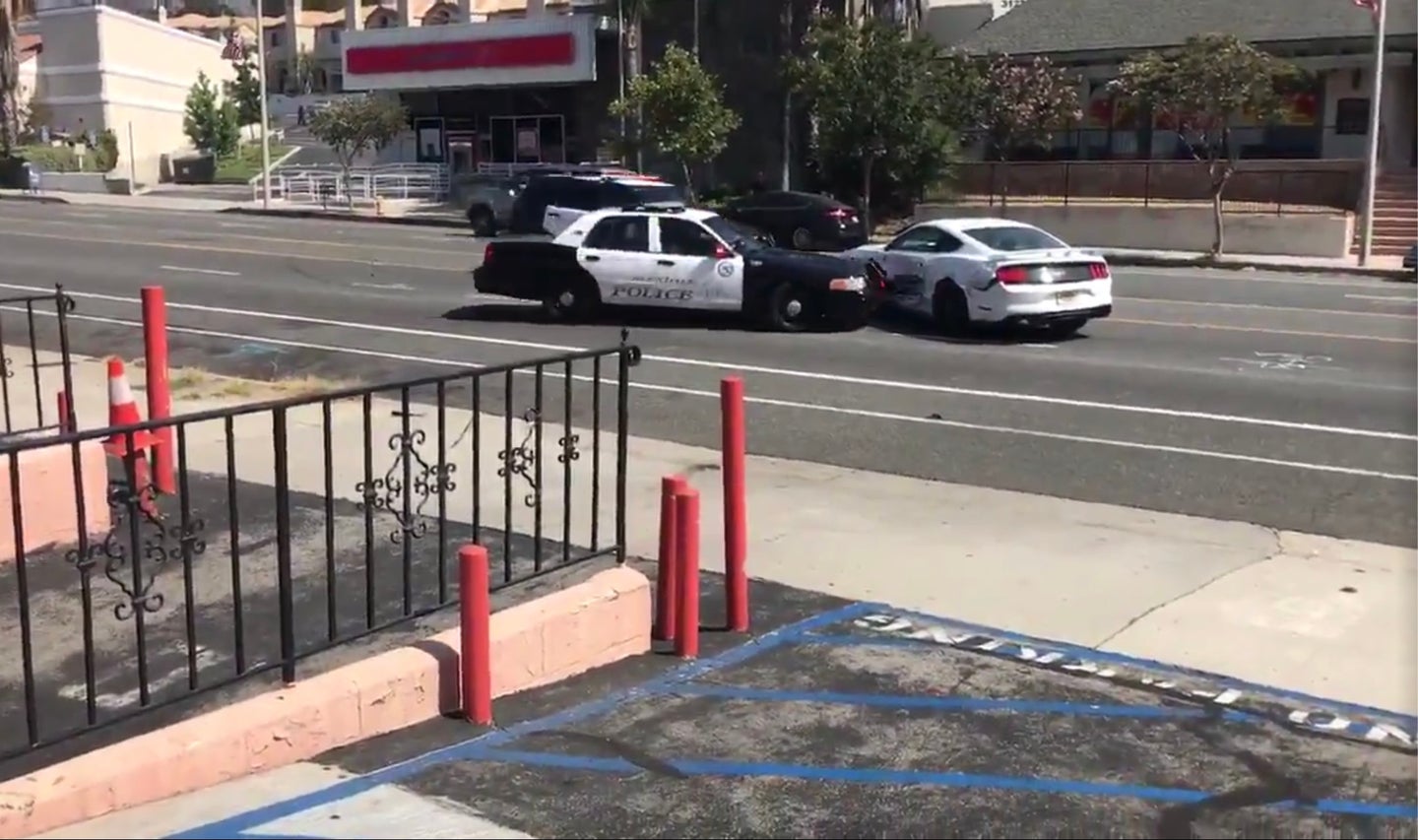 An alleged suspect of petty-theft evaded capture from the police after he rammed his white Ford Mustang into police cars in La Crescenta-Montrose, California, the Los Angeles Times.

According to department spokesman Sgt. Dan Suttles, the Glendale Police Department was notified of a shoplifting incident that had occurred at a local Vons grocery store the morning of the incident.

Police officers arrived at the store as the alleged suspect was driving away from the scene, Suttles said. The officers at the scene attempted to prevent the man from leaving by using their vehicles to block him in, Suttles added.

“He then rammed into one of our [cars],” Suttles said. “We pretty much had him stuck in, but he kept on trying, flooring it…his car was smoking and spinning.”

At least one bystander was able to capture the incident on video and shared it on Twitter. WARNING: The Twitter video has strong language.

The video showed officers attempted to communicate with the alleged suspect as he was boxed in, but the man maneuvered his vehicle through the police cars and drove away.

The man later abandoned his vehicle in the area of Foothill Boulevard and Boston Avenue soon after the incident and fled on foot, according to Suttles. Police formed a perimeter in the area soon after.

Police said the alleged suspect was dressed in a blue flannel shirt and black pants, according to the Los Angeles Times. They asked residents to contact authorities if a person matching that description was seen.

During the search Glendale police placed the nearby Chamlian Armenian School on lockdown, but later lifted it once it was determined the alleged suspect broke through the perimeter established by police.

The Los Angeles Times reported that Glendale police were unable to find the man, and by 2:15 p.m. suspended their search. Although the search ended, authorities will continue to investigate the incident.

When the boy fled officers a cruiser collided with him down the road.