The stop was initiated after bystanders allegedly reported to police that a passenger had been involved in a robbery. 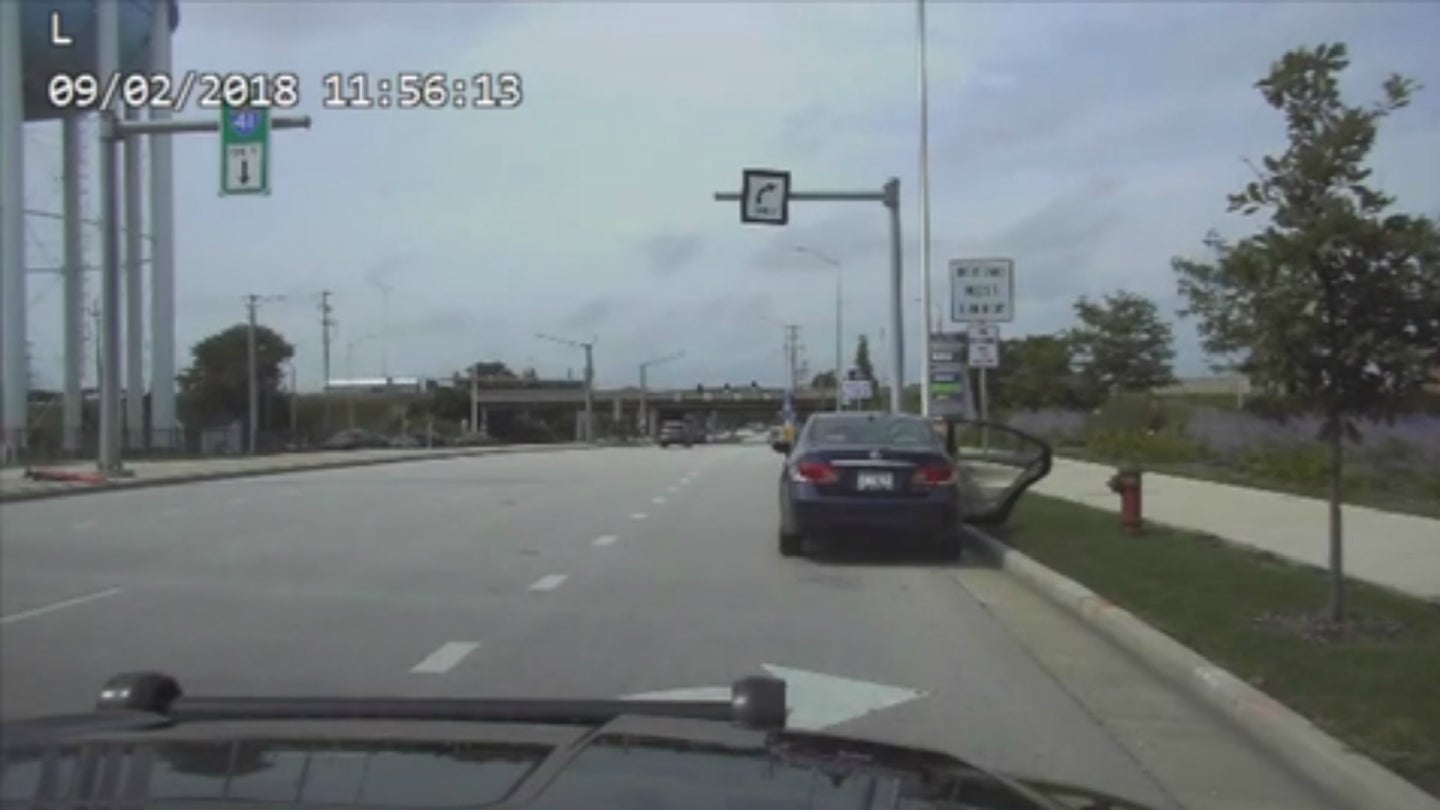 The Wauwatosa police stopped a blue Lexus sedan and briefly detained a black teenager on Sept. 2. Police alleged bystanders reported a robbery had taken place and a passenger in the vehicle was involved, according to the Milwaukee Journal Sentinel. Officers pulled a Lexus over belonging to Paulette Barr. Inside the sedan were Barr and Barr’s friend, both white women, and Barr’s 18-year-old grandson, Akil Carter, an African American male.

After officers pulled the car over, they ordered the black teen to step out of the car, drew their guns, and performed a "non-approach traffic stop." The police then briefly held Carter handcuffed inside a police cruiser, questioning him for six minutes. After questioning, Carter was released and allowed to return to his grandmother. According to Barr,  she had picked up her grandson to take him to work on the way home from church and no one was in any danger.

As heard in the video, Barr was upset by the stop. She told an officer, "I'm sure he saw two old white ladies in a car with a black kid and made some assumptions." When told that the report was made by black citizens, Barr responded, "Oh my God. Well then it's even worse."

The day after the Milwaukee Journal Sentinel reported the incident, Wauwatosa police made a follow-up statement on Twitter that read, "A Wauwatosa Police Officer was on patrol on [Sunday, Sept. 2, 2018] at approximately [11:49 a.m.] and was flagged down by an African American male and African American female who indicated a robbery either was occurring or had just occurred and the suspect was a black male in the back seat of a blue Lexus. The citizen pointed out the car to the officer. A traffic stop was conducted. A non-approach traffic stop was made, in which the officer called the back seat passenger (who was said to be the robbery suspect by the citizen) back to officers instead of the officers approaching the car.

"The 18 year old male was detained based on reasonable suspicion for approximately 6 minutes while officers investigated. The 18 year old and other occupants were then allowed to leave. The original citizen who reported this to police did not stay in the area, as requested by officers, and has yet to be located to get a formal statement.

"Officers removed their handguns from their holsters based on the original information of a possible violent crime (robbery) in progress, but kept their weapons pointed in a safe direction during the stop. The officers acted professionally during the entire interaction."

According to the Milwaukee Journal Sentinel civil rights attorney Joy Bertrand is now representing Carter in the matter and has requested any and all documents from the Wauwatosa department that pertain to the traffic stop.

In an interview with ABC News Bertrand stated, "Our interpretation of what happened is still based on a really limited amount of information. ... What we see happened right now is a young black man was driving with two older white women in a Lexus and pulled over. ... We were told that, after the fact, a tipster had said the car had been involved in a robbery but we've received no corroboration of that tipster. ... We're left to wonder what the real basis of this car stop was and we're still investigating that."

There is no further information regarding the initial bystander report that instigated the incident.