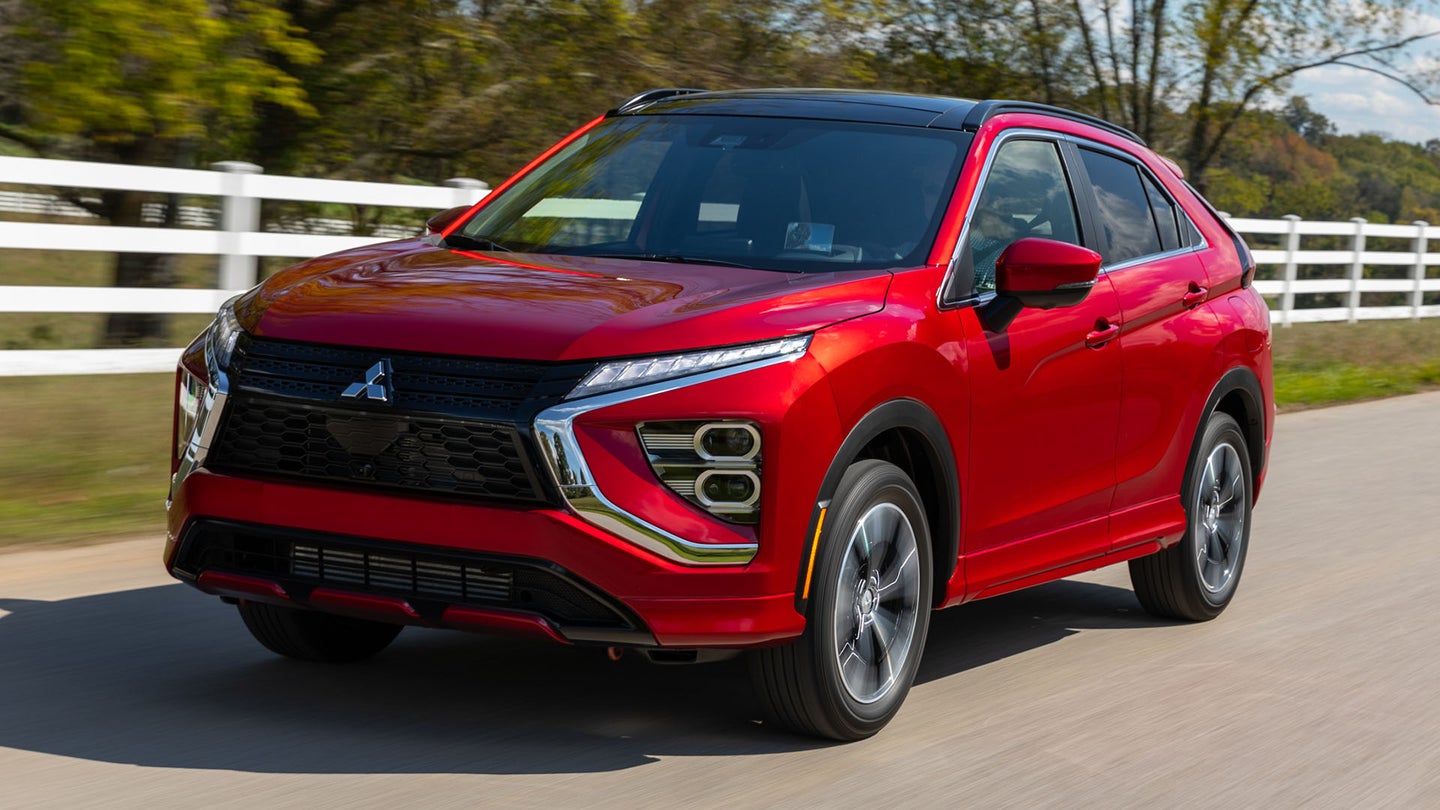 If there's one brand in the United States currently more pitiable than Mitsubishi, I don't know it. (Maybe Fiat, which now sells just one car in the U.S.? Either way, not a superlative any car company wants.) Bereft of anything cool since the Lancer Evolution X Final Edition departed in 2016, the automaker then got our collective hopes up by bringing back the Eclipse nameplate only to slap it on a crossover.

Not in love with dogpiling, though, I found myself trying to convince people that Mitsubishi is actually vastly more popular in markets like Thailand and Indonesia, so cut it some slack. But I guess all my effort was for naught since Mitsubishi's own ex-chairman Carlos Ghosn—wanted international fugitive and escape artist—essentially said it's screwed in a recent interview.

The ex-CEO sat down with our own Kyle Cheromcha for a chat recently—the full version of which you can read here—but had some insight into Mitsubishi I thought I'd break out for you here.

Ghosn didn't mince words when asked if he thought Mitsubishi is in serious trouble. "Ohhhh, yeah," he affirmed. "Oh, yeah."

Ghosn called Mitsubishi "the typical zombie Japanese company: alive from outside but dead from inside."

But with a little push—Ghosn called it "oxygen that we put inside"—Mitsubishi "made a remarkable recovery... the growth, the profit came back very quickly" in 2017 and 2018. In the U.S. at least, the automaker reported that 2017 was its "fifth consecutive year of sales growth" and that 2018 resulted in its "best annual sales since 2007, best December since 2006." We also reported in 2018 that Mitsubishi was able to increase its profits substantially since Ghosn stepped in, going from a $1.87 billion net loss in fiscal 2016 to a $924.5 million profit in 2017.

"Immediately after me exiting and obviously some other people exiting," Ghosn said, "it went back even to probably worse than it was." (Stateside, Mitsubishi reported that it saw its best annual sales since 2007 in 2019, yet suffered a sales slip in 2020—as did many automakers amid the early part COVID-19 pandemic.)

"The numbers speak for themselves," Ghosn said. "Not only do [they] speak for themselves but also, you trust management when management spends time looking forward, not backward. I remember in 1999, I forced myself to say that I shouldn’t criticize what happened before," he went on. "I should only be looking onward in order to make sure everyone looking to Nissan in 2000, 2001, 2002, and not looking to what they’ve done in the past. Well, today we have management who is still talking about what happened in the past and they’re not looking forward.

"[You] have people who are unable to vocalize a simple vision and strategy that would not make you yawn," he continued. What's missing is "[a strategy] that is believable where you say, 'Okay, they’re gonna have a chance to survive in this very competitive market.'"

Ghosn has a point. Mitsubishi has recently shown off a rugged Delica concept, sold a bunch of its heritage collection cars, and revived Ralliart just to give yet another cool name the crossover treatment. It really seems like the automaker is doing its best to capitalize off of its old street cred rather than legitimately make anything new.

"So," Ghosn asked rhetorically, "how are you gonna move forward if you’re looking backward?"