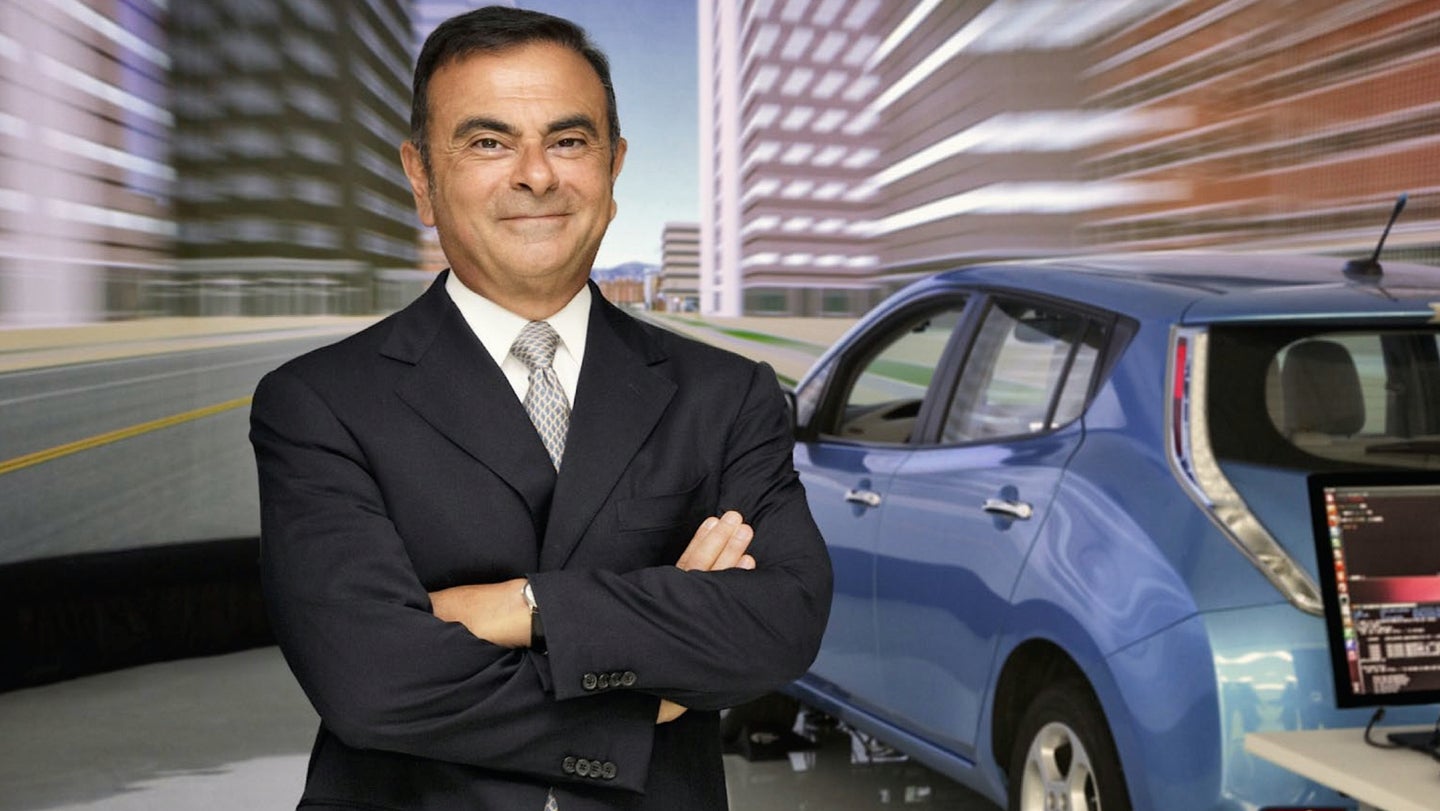 An expected but important shareholder vote on Monday finally removed embattled former Nissan and Renault executive Carlos Ghosn from Nissan's board of directors, reports the Associated Press. Ghosn was just arrested for a fourth time last week in Japan over allegations of financial misconduct from his time as head of Nissan.

Over 4,000 shareholders gathered at a Tokyo hotel for the vote, which was part of a three-hour-long shareholders' meeting. Nissan Chief Executive Hiroto Saikawa and other executives took the opportunity to bow deeply in apology to Nissan's shareholders ahead of the vote to remove Ghosn from the board.

"I deeply, deeply apologize for all the worries and troubles we have caused," Saikawa said, as quoted by AP. "This is an unprecedented and unbelievable misconduct by a top executive."

It was a particularly long and tough meeting for Saikawa and the other execs, as AP explains that they faced angry questions from shareholders as to why no one caught Ghosn's schemes earlier:

Angry shareholders demanded an explanation for how wrongdoing on an allegedly massive scale had gone unchecked for years. The meeting was closed except to stockholders but livestreamed.

One shareholder said Nissan's entire management should resign immediately. Saikawa said he felt his responsibility lay in fixing the shoddy corporate governance at Nissan first, and continuing to lead its operations. Another shareholder asked if Nissan was prepared for a damage lawsuit from shareholders since its stock price has plunged.

In response, Saikawa noted an internal company investigation which revealed that the office of CEO simply has too much power and that they want to use Ghosn's removal as a "turning point" in the company's future.

"We had allowed a system in which wrongdoing could be carried out without detection," Saikawa told shareholders, as quoted by AP.

Notably, Ghosn's sister has been paid consultation fees for the past 13 years related to the company's investigation.

At least one shareholder, Ken Miyamoto, believed that Ghosn's many successes at turning Nissan around from near-bankruptcy may have enabled him to get away with so much behind the scenes.

"It is really such a pity as he was a brilliant manager," Miyamoto said to AP before heading into the meeting. "I guess he became complacent as people kept praising him too much."

The vote to approve Ghosn's removal was greeted with applause. Shareholders also voted to remove Ghosn's alleged collaborator in the financial misconduct schemes, former Nissan executive Greg Kelly, from the board of directors.

Shareholders then filled Ghosn's seat on the board with new Renault SA chairman Jean-Dominique Senard. Renault owns 43 percent of Nissan, and the two automakers are in a close alliance along with Mitsubishi. This alliance has been strained by the numerous allegations against their shared ex-boss Ghosn, but Saikawa reemphasized Nissan's commitment to the corporate alliance at the shareholders' meeting.

Ghosn faces multiple charges related to allegations that he under-reported his Nissan salary, temporarily transferred his own financial losses to Nissan's books during the 2008 global financial crisis, and made suspicious payments using company funds to businesses in Saudi Arabia, Lebanon, and Oman. Both Ghosn and Kelly have maintained their innocence in the scheme in public comments, with Ghosn tweeting that he would "tell the truth" about the scheme just before his last arrest. A trial date has not been set.

Ghosn filmed new comments on the scandal before his last arrest, which his lawyers reportedly plan to show on Tuesday.

Senard was introduced to the meeting near the end, when he reassured shareholders that he'd do his best to continue business as usual, just without the scandal-y parts.

"I will dedicate my energy to enhance the future of Nissan," Senard allegedly told the crowd.

Senard and the other executives face an uphill job, as they must restore shareholders' confidence in the company's ability to avoid embarrassing scandals like this in the future.