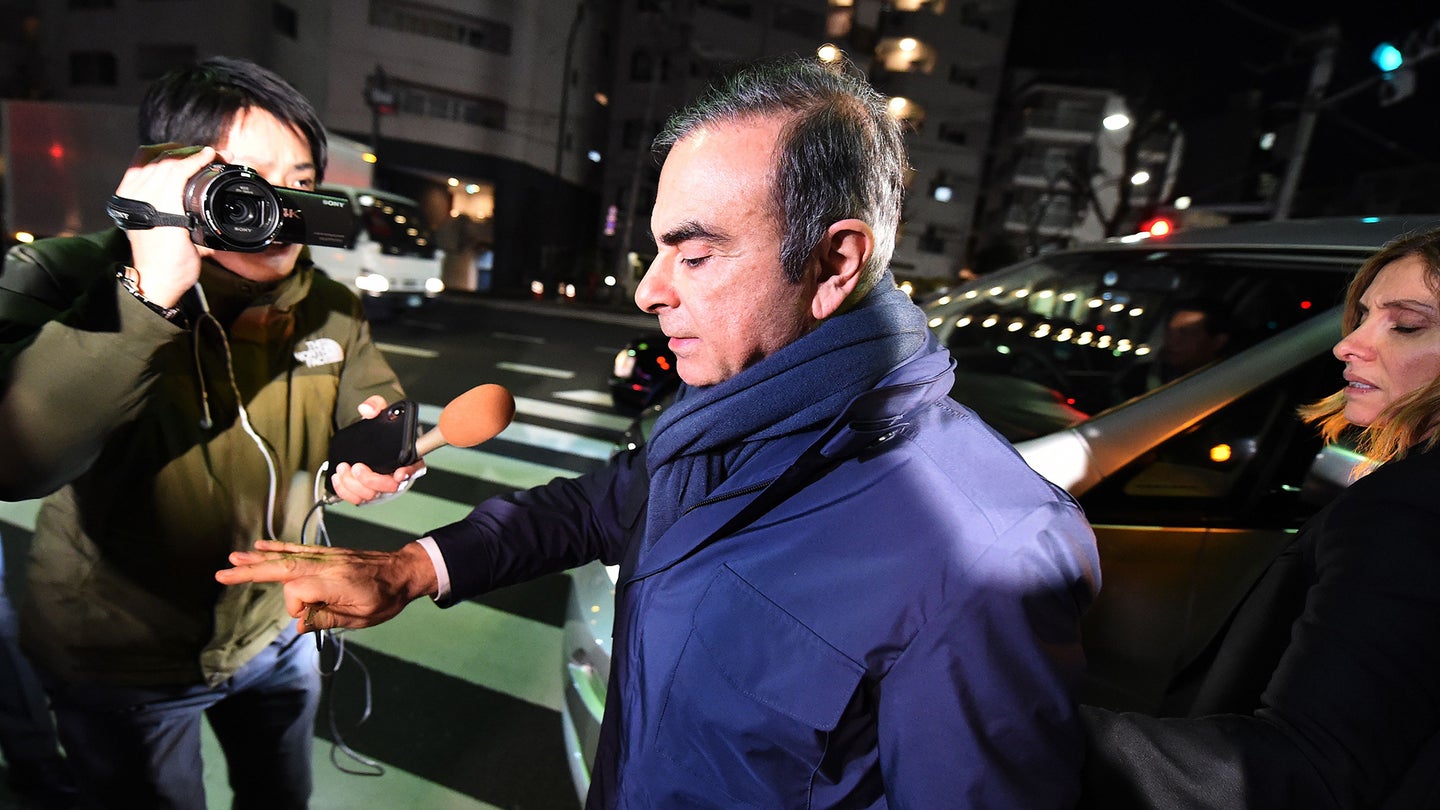 Nissan’s former CEO Carlos Ghosn, out on strict bail and due to be tried next year in Japan for alleged financial crimes, has apparently fled the country for his family's native Lebanon, the Wall Street Journal reports.

The auto executive has been arrested, released, and re-arrested multiple times since he was originally detained in November 2018 over allegations of financial wrongdoing during his time as Chairman and CEO of the Nissan-Renault-Mitsubishi Alliance. He was later confined to house arrest, which gave way to a strict form of bail later this year where Ghosn could only leave his apartment while being tailed by three separate police agencies, according to the Financial Times.

News first broke in French media that Ghosn had landed in Beirut via private plane on Sunday night, but it was unclear whether he did so with the permission of Japanese authorities or he was making a bid for freedom. Now it's beginning to look like the latter—speaking to an anonymous Ghosn confident, Wall Street Journal reports Ghosn left Japan over his belief that he wouldn’t be afforded a fair trial, which he claims is supported by the back-and-forth nature of his incarcerations and his harsh treatment in detention, something his wife has also detailed.

Indeed, Ghosn’s arrests and subsequent periods of house arrest have been intriguing given the magnitude of his supposed financial crimes, which are purported to include stashing $100 million in unreported income and charging personal extravagances to Nissan-Renault. Nissan also removed Hiroto Saikawa—the company’s CEO since Ghosn’s arrest—and Renault removed CEO Thierry Bolloré.

As for how Mr. Ghosn might've left the country without authorities knowing, that's still a mystery. It seems like a difficult feat given he was supposedly unable to leave his residence without a number of Japanese legal authorities closely monitoring his movements. Flying on a private jet would also help. One last wrinkle in this ongoing saga is that Ghosn holds Lebanese citizenship, and Lebanon does not extradite its citizens to other countries.

Wall Street Journal is reporting that Mr. Ghosn will conduct a press conference in the coming days, detailing his case and how he believes he was plotted against by both the Nissan-Renault board, as well as the Japanese government, two entities that Ghosn has long stated were out to get him.