This sweetheart of a pickup has what you need and nothing you don’t—on the cheap. 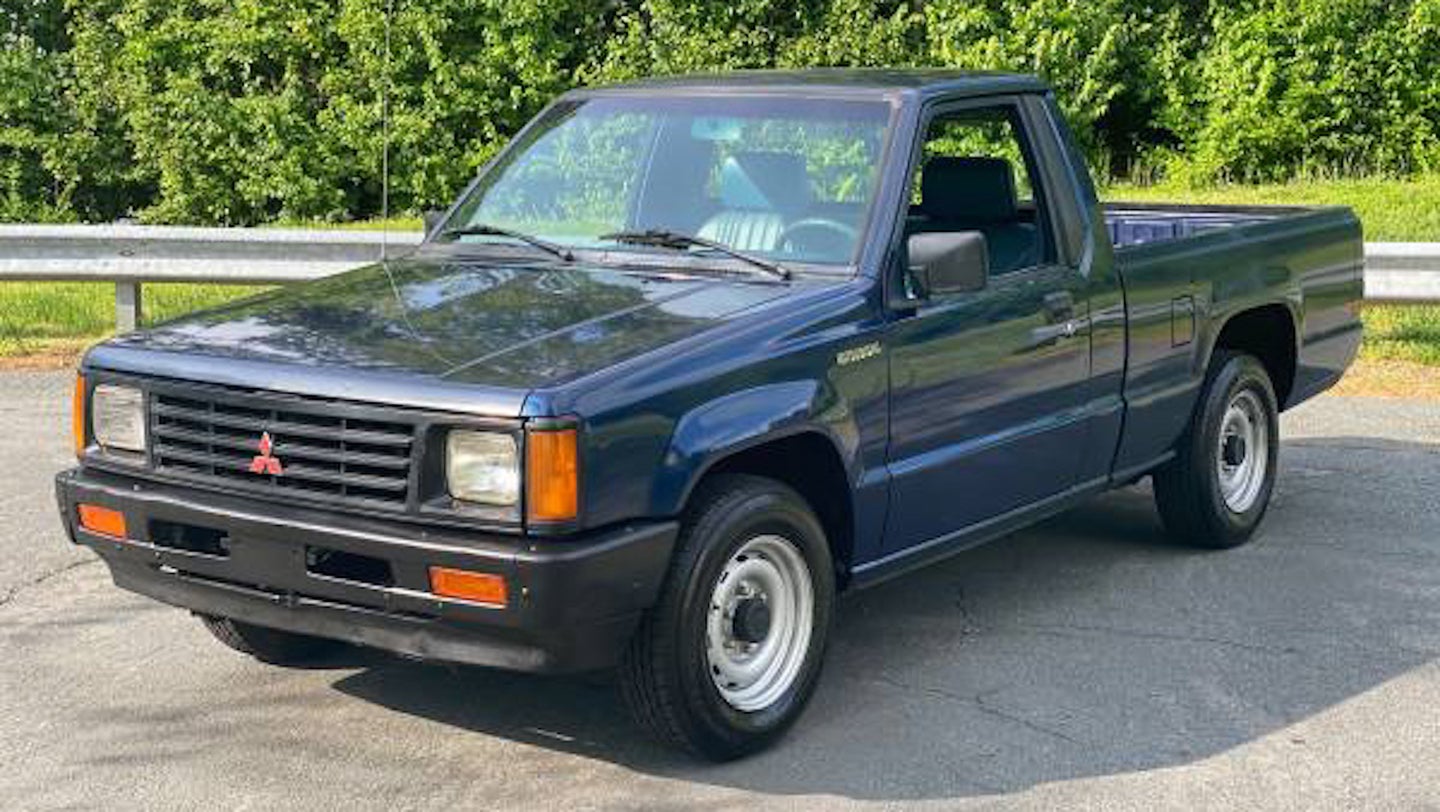 The late 1980s was a golden age for compact pickups. There was the Nissan Hardbody, the pre-Tacoma Toyota Pickup, and the Ford Ranger, among others. Mitsubishi was in the game, too, though its truck was far from the most popular option, sales-wise. The Mighty Max was sold in the United States for several years and despite its obscurity, it's every bit as cute and quirky as the more common trucks we mentioned. There's one up for sale right now in Silver Spring, Maryland for just $2,500—a small price to pay for the cute lil' Mitsu.

The seller says that the one-owner Mighty Max runs and drives flawlessly, and accurately notes that it’s in great shape for being 32 years old. With 246,000 miles on the odometer, it’s hard to say how much life is left in the old truck, but the internet is full of stories praising the Mighty Max for its durability and ease of repairs. This one’s had recent work done, too, which should relieve the worry of breakdowns a little bit.

The truck has had new plugs and wires as well as a new radiator installed recently, and the seller says the clutch is still strong. It's powered by a 2.0-liter four-cylinder engine that produced somewhere around 116 horsepower when it was new, and it's paired with a five-speed manual transmission here.

The Mighty Max is still being made and sold in other parts of the world today, though the name has been changed to the Mitsubishi Triton. If you’re thinking that the little truck looks awfully similar to another truck from the late 1980s, you’re right: The Mighty Max was sold here as a Dodge Ram 50 for several years.

In true Craigslist fashion, the seller says that you “won’t find another like it,” but this is one case where it looks like they're right. Only a couple of other Mighty Max trucks appear to be for sale on major forums right now.