InterDrone is hosting the fourth annual Women in Drones Luncheon and will honor Women to Watch in Unmanned Aerial Systems. 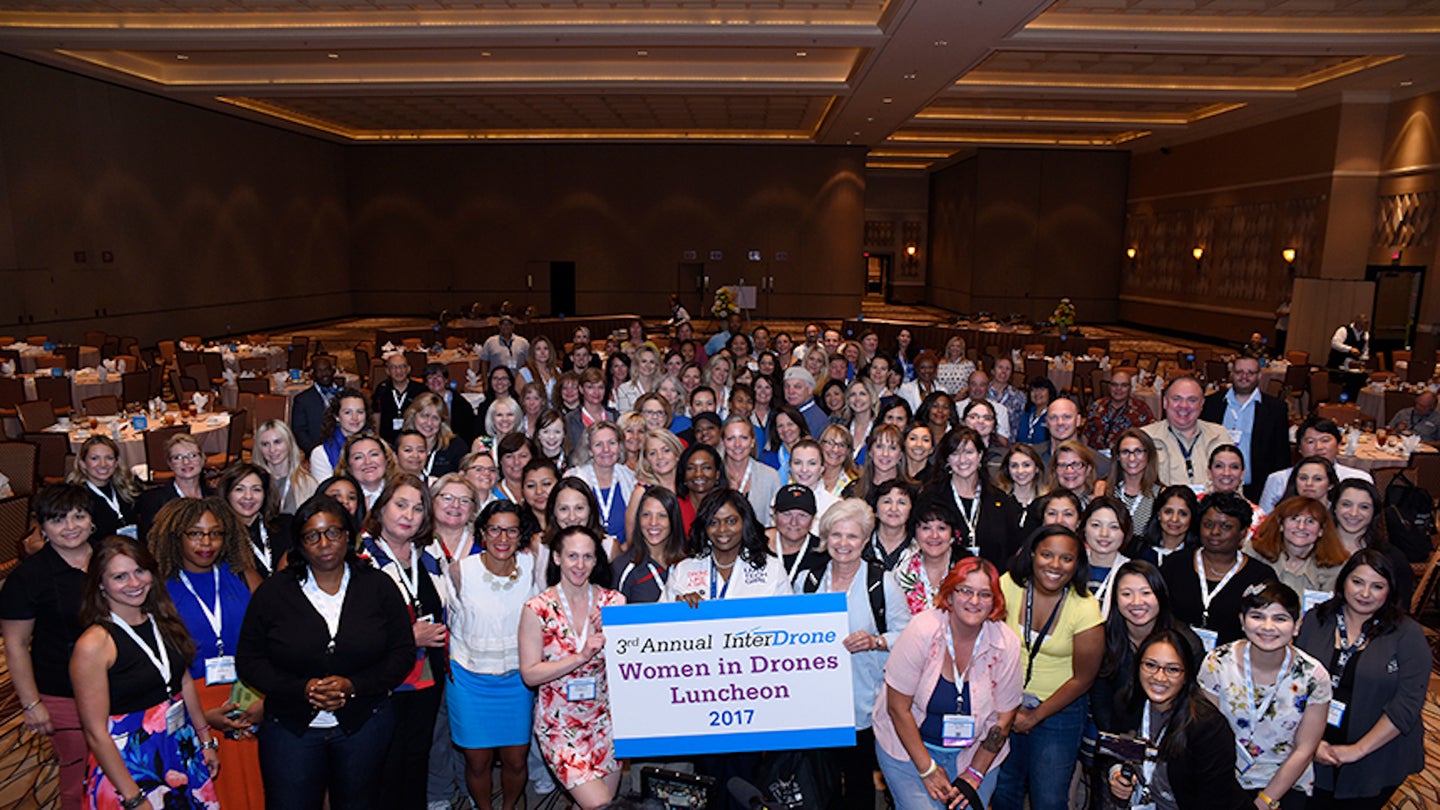 Women make up a substantial amount of invaluable players in the drone industry, and fortunately, there’s at least one group aware enough to properly celebrate that. InterDrone’s fourth annual Women in Drones Luncheon is set to take place at the Rio Hotel in Las Vegas this September, DroneLife reports.

The luncheon, as well as the three-day InterDrone conference, is essentially a giant networking event for engineers, CEOs, aviation experts, software developers, and any other subsect of the commercial drone industry, and aims to celebrate the achievements of women in the field and generate enthusiasm for women in STEM (science, technology, engineering, mathematics) careers.

Suzanne Lemieux, Unmanned Aerial Systems Lead and Manager of the American Petroleum Institute (API) will serve as host, with other notable participants including Lia Reich, the VP Marketing and Communications at PrecisionHawk, and Mariah Scott, President of Verizon’s Skyward. Clearly, this isn’t your standard weekend hobby drone fair, with some of the most elite women in the drone industry attending, networking, and fostering invaluable business relationships.

“This is an incredible time for women to enter into this emerging field, to participate in these new developments, and to pave a pathway for more girls to enter into STEM careers,” said Lemieux. “I look forward to moderating the luncheon panel to help build networking opportunities for more women and girls.”

Additionally, this fourth annual InterDrone convention aims to bolster the participation of women in the UAV industry even further by joining up with a group entirely devoted to that cause. “The event this year is also particularly exciting since we are thrilled to announce a partnership with Women and Drones,” revealed Katie Flash, Content Director at InterDrone. “Our event strives to highlight all the amazing things women are doing in this space, and this partnership allows us to take that to the next level.”

Women in Drones is the biggest online hub for women in the drone industry. This newly announced partnership with InterDrone will carry new honorary distinctions with it, as the group is set to announce the 2018 Women to Watch in UAS winners during the Women in Drones luncheon.

“Women to Watch in UAS recognizes exceptional women in the industry from around the world,” said Sharon Rossmark, CEO and Founder of Women and Drones. “We received hundreds of nominations this year and are in the midst of a rigorous process, reviewing each submission and validating the information. The finalists will be selected by our judges very soon and the honorees will be announced at InterDrone.”

InterDrone will feature more than 120 sessions, workshops, panel discussions and keynote speeches from experts across a variety of fields in the unmanned aerial systems industry. Drones can seem like toys for boys, a lot of the time, with a lot of drone news relegated to men in the industry. Thankfully, InterDrone, Women in Drones, and Women and Drones have made sure that the narrative isn’t entirely faulty, and that women have a seat at the proverbial table, as well.