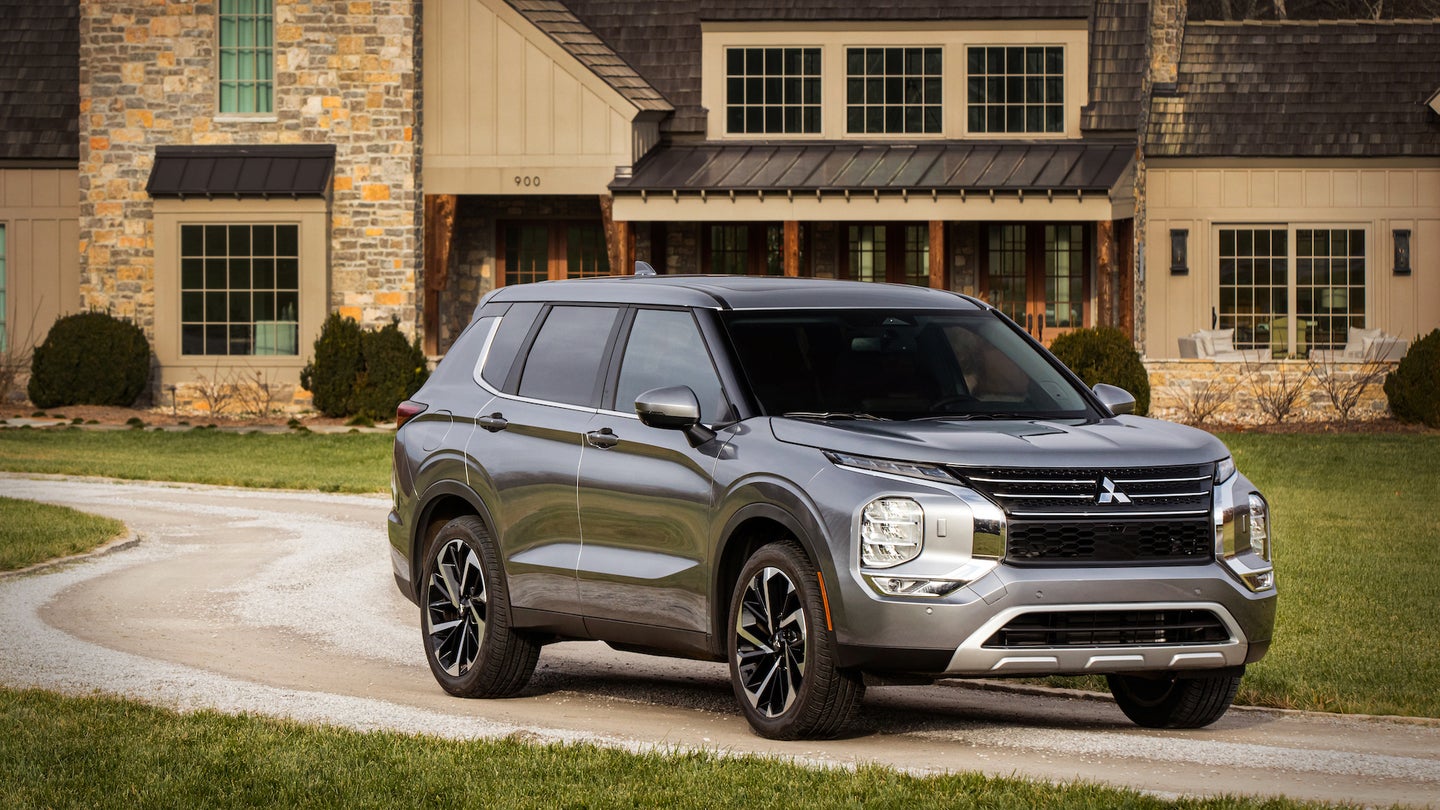 Not one to let Porsche and McLaren have all the fun revealing new cars this week, Mitsubishi has unveiled its all-new 2022 Outlander and...well, it's an all-new Mitsubishi Outlander.

Rocking a new design inside and out, the fourth-generation of what is now Mitsubishi's flagship model will be the only vehicle in its class to offer a third-row as standard. The Outlander competes with the Toyota RAV4, Honda CR-V, Ford Escape, Volkswagen Tiguan and the Mazda CX-5, among others. It'll start at $26,990 and go on sale this April. Fine, it's not quite as exciting as the new GT3 Porsche or McLaren Artura, but how often do we really get to use "Mitsubishi" and "new car" in the same sentence these days? Quite a bit less than we do with McLaren, I'll tell you that much.

Powered by a 181-horsepower, 2.5-liter four-cylinder paired to a CVT, the 2022 Outlander was made under the product concept "I-Fu-Do-Do", a term which means "authentic and majestic" in Japanese but, with apologies to Mitsu, sounds anything but majestic in English.

When asked whether the car is built on the same platform as the Nissan Rogue, a company spokesperson explained that "it is indeed a shared engineering platform developed by the member companies of the Renault-Nissan-Mitsubishi Alliance," but declined to confirm specifically which platform it used. So, it's very probably based on the Rogue. Note the Rogue-like automatic gear shifter.

That said, the same Mitsubishi rep assured us that the Outlander will drive differently than the other Alliance cars, pointing to its suspension, Super All-Wheel Control AWD system, and tires that were tuned, developed and chosen in-house. A lot of time was apparently spent by the engineering team honing the new Mitsubishi crossover's driving feel and feedback. Of course, the Outlander's styling is different from that of the Rogue, and Mitsubishi will be handling production duties at its Okazaki plant.