Ferrari Shows Off New Logo to Celebrate 75th Anniversary in 2022

The iconic Maranello automaker was founded in 1947 by Enzo Ferrari. 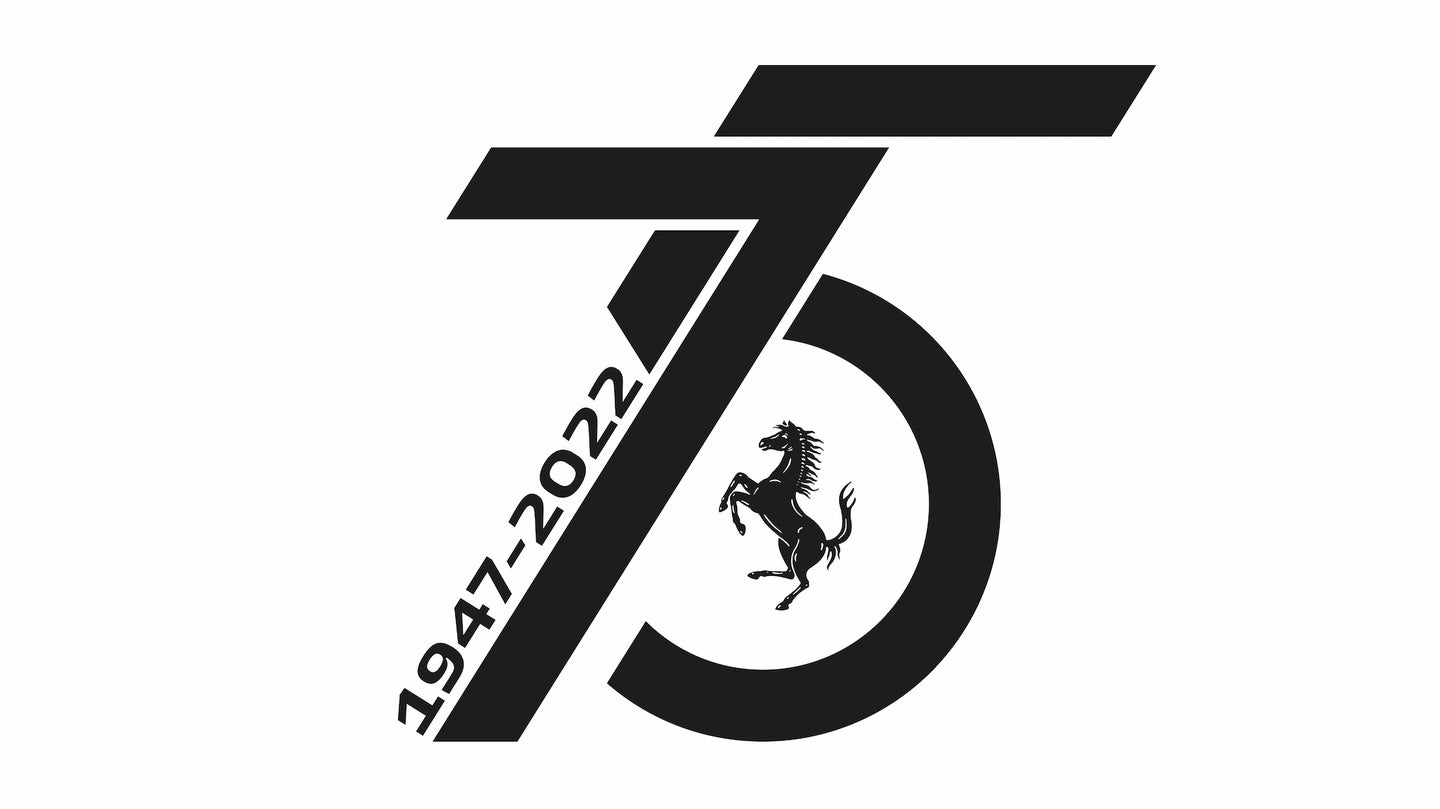 Several studies have been made over the years, reportedly proving that Ferrari is one of the most powerful brands in the world in terms of recognition and significance. It's right up there with Apple, Ford, and Coca-Cola. Perhaps this explains why Ferrari felt it was important to design a new logo ahead of 2022, when Italy's scarlet car manufacturer celebrates its 75th anniversary.

Enzo Ferrari founded the iconic Maranello automaker back in 1947, and almost immediately jumped into Grand Prix racing. Ferrari lined up alongside Alfa Romeo, Maserati, and others at the very first Formula One World Championship race at Silverstone in 1950—and even today Ferrari is the only team to have competed in Formula 1 every single year since the championship's inception.

Mr. Ferrari, otherwise known as il Commendatore, quickly figured out that in order to have a viable racing team, he must focus on building street-bound sports cars with the sole purpose of financing his F1 team. And despite Ferrari being a publicly-traded company nowadays that sells Ferrari-branded stuffed animals and picnic baskets along with supercars, it's still very much so in the business of funding its expensive F1 program via its car sales.

A video was posted to Ferrari's YouTube channel Tuesday night, explaining the inspiration behind the new logo and a new mosaic displayed at Ferrari HQ. The "sculpture," as Ferrari Chairman John Elkann describes it, is essentially a puzzle made up of thousands of pieces made at the Maranello factory and assembled by Maranello employees.

“For this special year we have created a special icon: a sculpture made up of thousands of components forged here in our factory and positioned one by one by my Ferrari colleagues, said Elkann. "It is a symbol of the Ferrari spirit which is shared both here in Maranello and by all our family around the world. It reflects the essence of who we are, our past 75 years and our future. It is a symbol of a company that, as Enzo Ferrari once said — Above all, is made of people”.

To say that Ferrari is passionate about high-performance street cars and motor racing is an understatement—and not to mention a national icon that nearly every Italian is proud of. Back in 2019, I attended an exhibition called Universo Ferrari in Maranello, where the automaker set up a temporary stage to boast to the public and its VIP clients about its 70-plus-year history at the time. The exhibition set the stage for the unveiling of the Ferrari F8 Spider, 812 GTS, and also discussed electrification and SUVs in depth.

2022 will certainly be an important year for Ferrari, with the imminent unveiling of the Purosangue SUV, the convertible version of the hybrid 296 GTB, and further planning of the LaFerrari successor. The latter will likely be born out of whatever Ferrari designs for the upcoming Hypercar class for the World Endurance Championship in 2023.