He calls it the “forever convertible” because the roof had to be removed in order for him to fit. 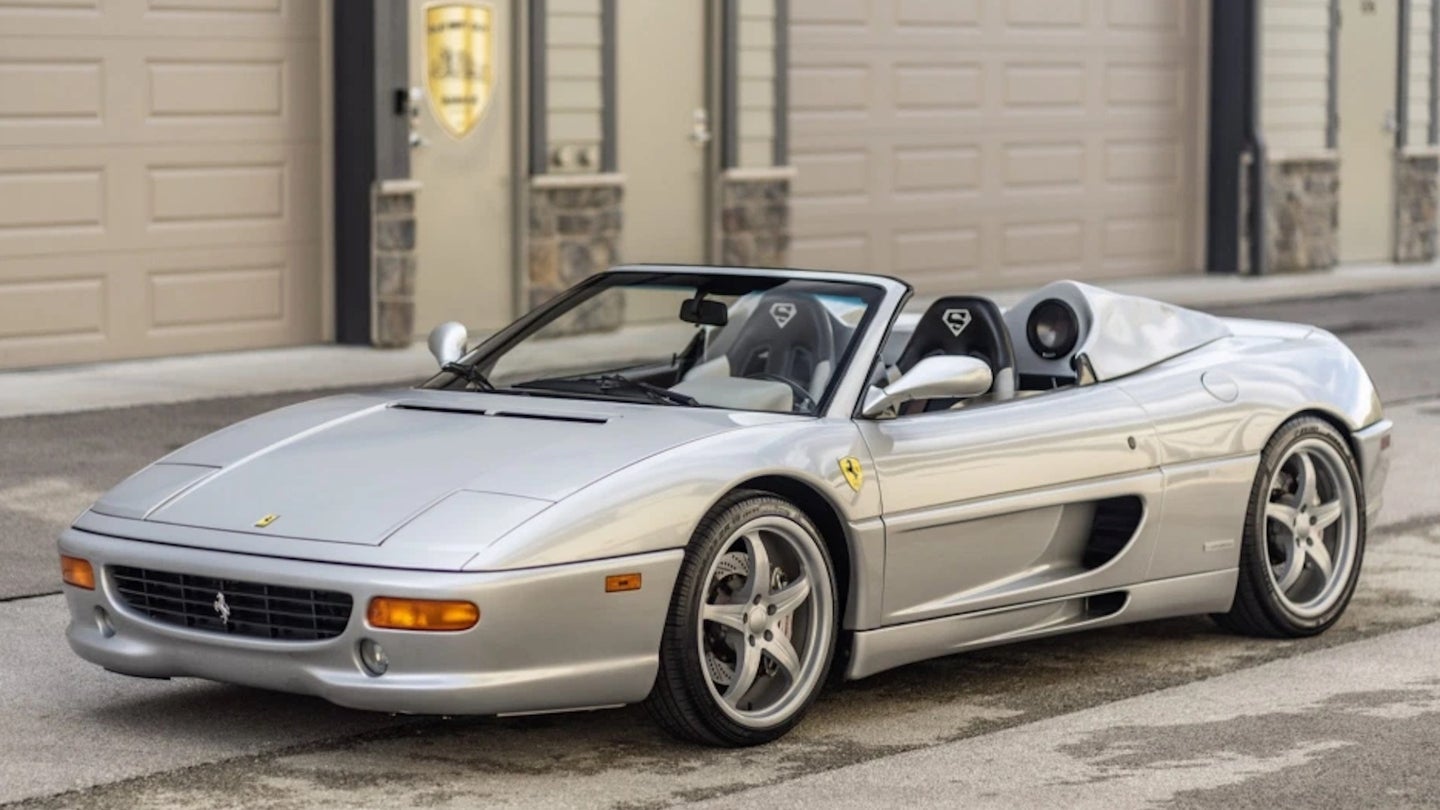 Yes, of course it's a convertible. How high would the roof need to be to envelope NBA star Shaquille O'Neal? It'd look like Fred Flintstone's Ferrari.

For sale on Bring a Trailer is a 1998 Ferrari F355 Spyder once owned, or "said to have been owned," by Shaq. The basketball legend is just over seven feet tall, compared to the average male Italian Ferrari driver, who is probably just over five feet unless he's sitting on his wallet.

If Shaq didn't own it, some other seven-footer did. That being said, modifications are simple but would be difficult to reverse.

Its ownership was chronicled, briefly, on MTV's Cribs, apparently in 2003, by Shaq. "Most seven-footers can't fit into a sports car, but I can. Over here you have the 355 convertible Spyder. This is a forever convertible because for me to sit I had to cut the top off, forever." That report took 14.6 seconds on Cribs, barely enough time to press from one end of the basketball court to the other.

He did indeed have the entire top section cut out, and covered with a custom-made hard tonneau cover. He also had the fuel tank removed and replaced with a fuel cell in the trunk space up front in order to free up more seating space, per the ad. Custom Superman-logo seats were the last major modification to make him fit.

The F355 has a 3.5-liter V-8 and in this car, "The F1 transaxle in the F355 is an electro-hydraulically controlled version of the standard six-speed gearbox and was the first of its kind to be offered in a road car," says BaT. It was also, in my experience, terrible. Maybe Shaq could will it into gear. There are "partial service records since 2013," which is not ideal. Mileage is just 7,400.

This is a no-reserve auction, with the virtual gavel falling Wednesday. At this moment, bidding is at $46,000. BaT has sold multiple F355s, with the average being around $70,000 or lower for a middle-of-the-road car that wasn't owned by a legitimate celebrity. The car is located in Illinois.

While the 355 is a cool ride, LeBron James' blacked-out Porsche 918 Spyder is definitely our top pick.

Luckily, no one was hurt by the inferno.

We don’t buy it. Who sits in the front seat of a chauffeured Suburban?