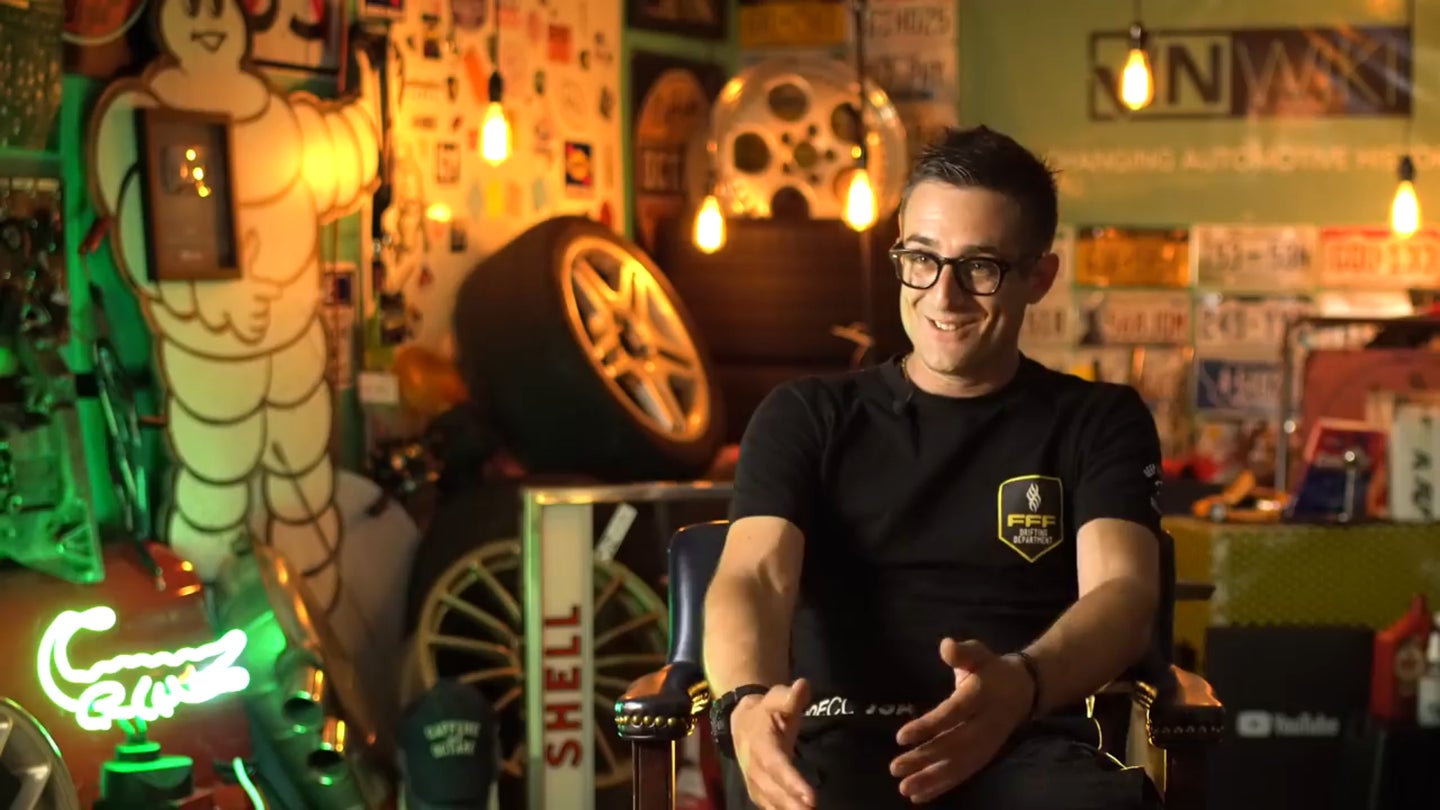 A few months ago, The Drive reported on a Ferrari 599 drift car arriving on United States soil to compete in the 2018 Formula Drift season. That was before the first round of competition at Long Beach where the exotic drifter sadly caught fire, toasting up what was (and is) one of the most rad setups we've seen with a twin-supercharged V12 engine sitting at the front and tons of horsepower being sent to the rear.

The Maranello drift car is piloted by Italian FD rookie Federico Sceriffo, who affectionately refers to the machine as "Fiorella".

Sceriffo recently took some time to sit down with automotive YouTube channel VINwiki to talk about where his drift career started and of course the one-off Ferrari. According to him, he began his hobby-turned-occupation by driving rear-wheel-drive Subarus and Evos before switching to a 2JZ swapped Scion FR-S.

Regarding "Fiorella," the car was already chosen before he came on board and joined the FFF Drifting Department team. As he says, the challenge to drive the car was just to take it and he really had no option—what a tragedy, right?

Going forward, the 36-year-old rookie talks about the beginnings of the one-off machine and even the official-unofficial help he is getting from Ferrari mechanics after his Long Beach fire damage. From all of the love he's getting, he hopes he can now consider himself a "Ferrari guy."

Get more of the details on Federico Sceriffo and his Ferrari 599 drift car via VINwiki's newest Car Stories video below.