LeBron James Drives a Porsche 918 Because the Man's Got Taste, You Know?

The former Kia spokesman appears to have traded up. 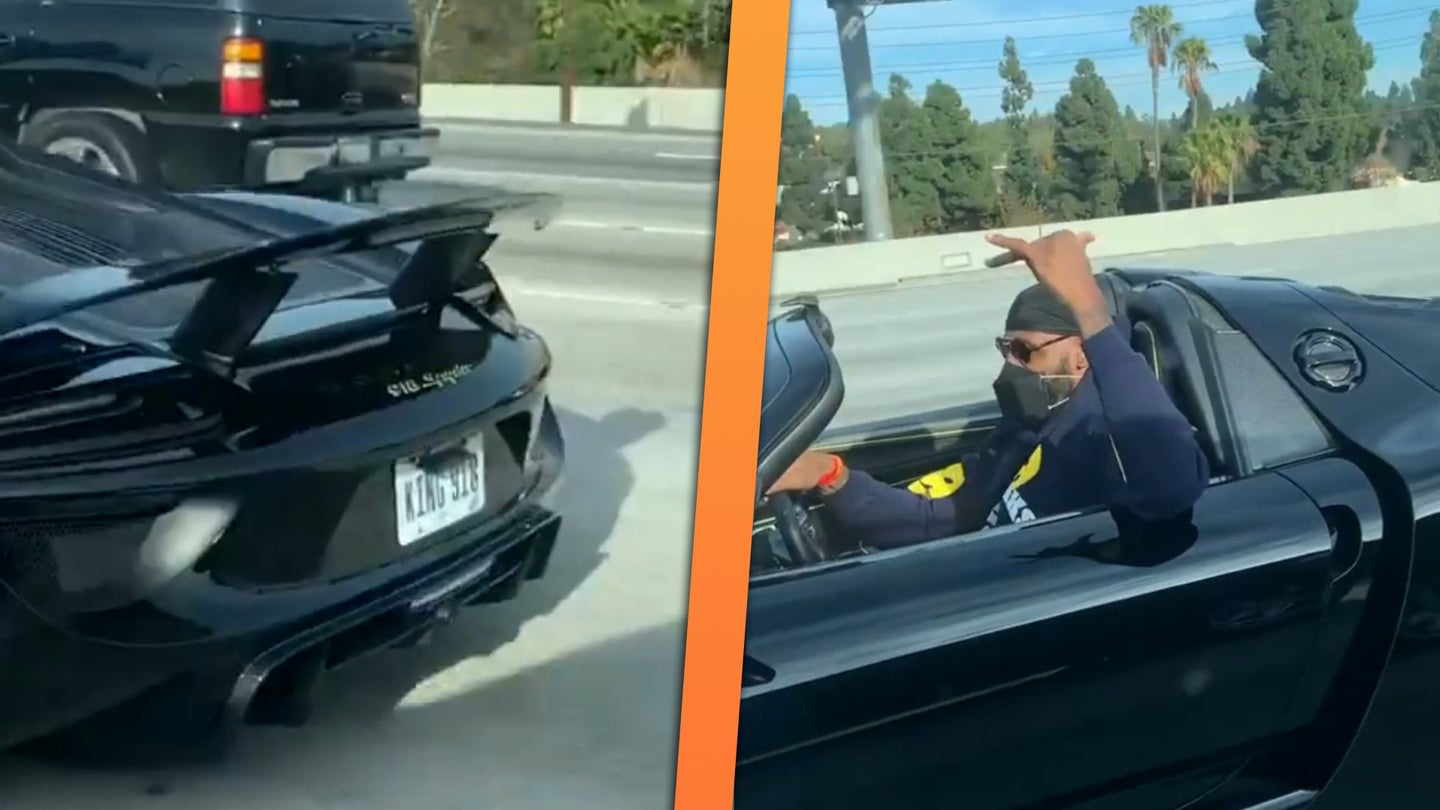 LeBron James may be known as one of the greatest basketball players of all time, but occasionally, he shows up to help sell a few cars. Most recently, he's been in ads for the new GMC Hummer EV, and before that, he spoke of rolling around in a Kia K900.

Make no bones about it, though—LeBron does have taste of his own, and it's impeccable. Here's the best car of his I've seen to date: a Porsche 918 Spyder.

Has any video in the past year given off chiller vibes than LeBron waving hang-loose out the roof of a Porsche before speeding off? Well, besides that skateboarding dude with the cranberry juice. Nope, I can't think of one, either.

Instagrammer e30alex99 spotted LeBron's 918 from the HOV lane, only to have James wave and then speed off.

Perhaps LeBron still enjoys a fine K900 or two, and it is highly possible that the new Hummer will be of interest. Let's be honest, though: Porsche's ads are right insofar as there is no substitute for something as nuts as a 918. Perhaps this short clip of a Lakers star enjoying life and enjoying his Porsche is what we all need right now. Channel your inner LeBron, and go for a nice drive. 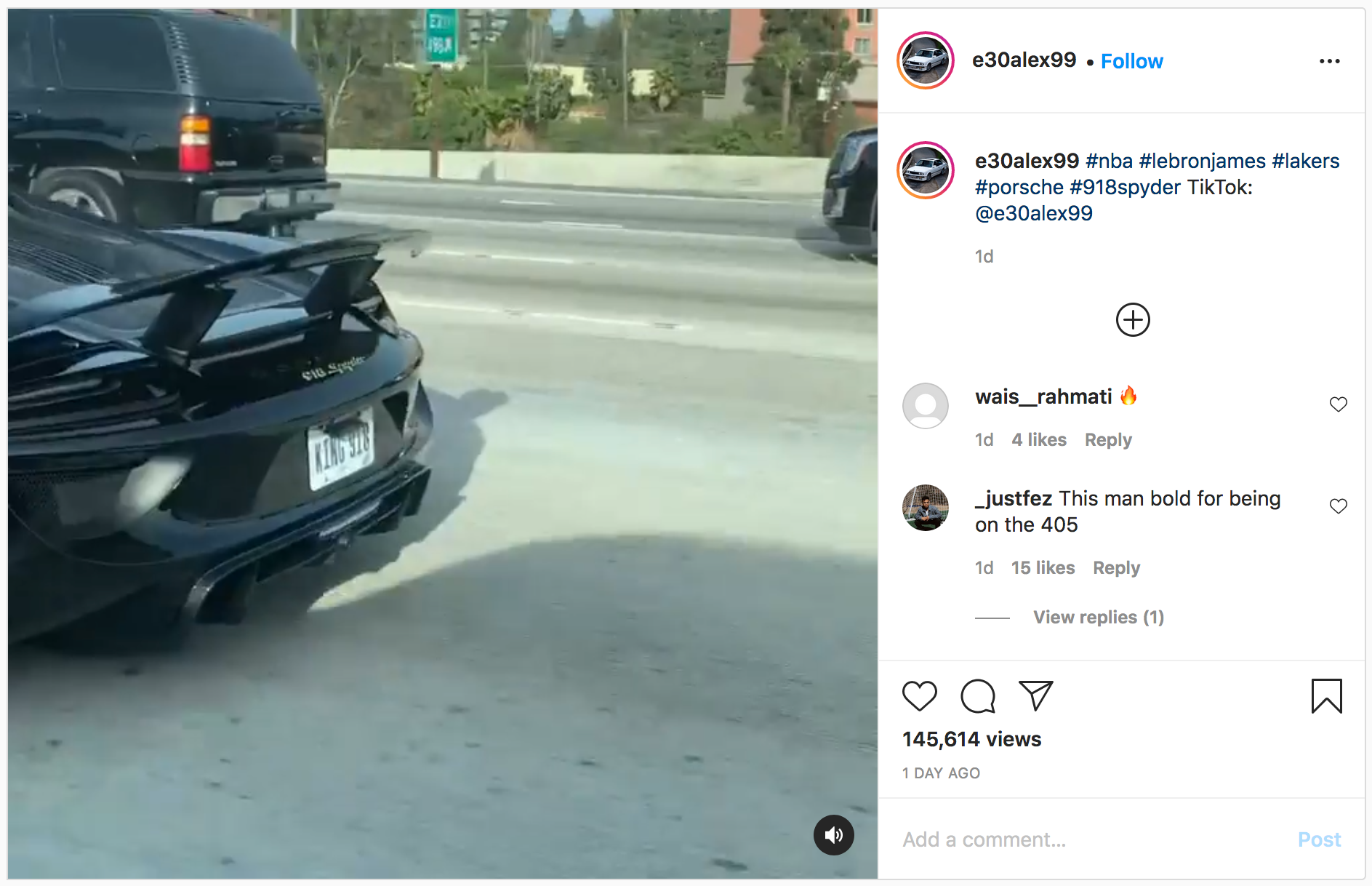