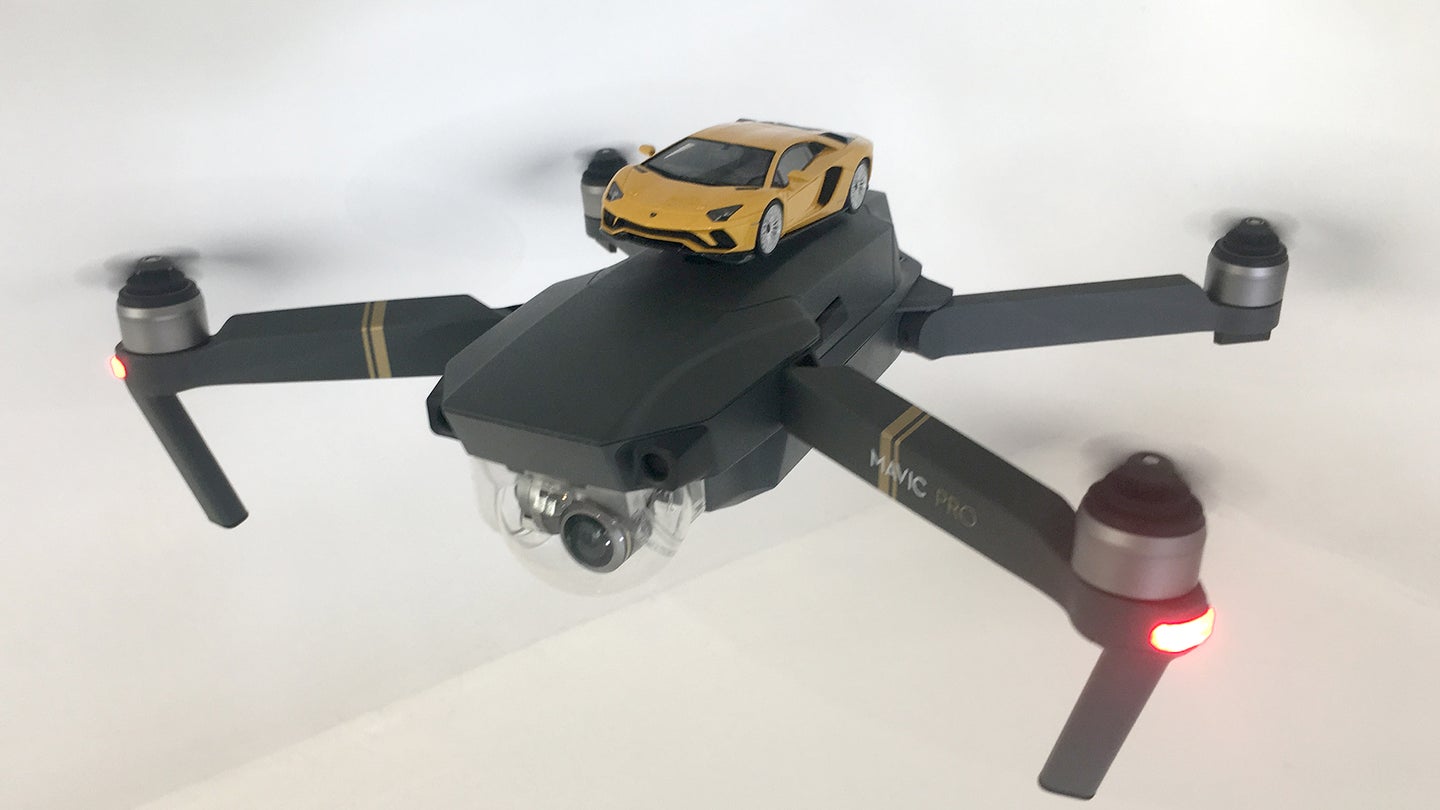 As hard as it may be to believe, the world may finally be on the verge of seeing those flying cars we've long been promised. Companies from Airbus to Uber (and quite a few smaller companies) are working on small aerial transports that can ferry people around without the need for much (or any) training.

But many of those machines are still hamstring by the same problems as previous flying cars: they won't be particularly good at the automotive aspect of being a car. So Airbus and Italdesign are reportedly teaming up to build a vehicle that combines the best of both worlds: a two-piece vehicle with a passenger compartment that can be scooped up and airlifted via drone.

The new concept vehicle is expected to debut Tuesday at the Geneva Motor Show, sources told Automotive News. The car, designed for urban use, will reportedly consist of a passenger compartment that rides atop a chassis capable of autonomous driving. When the driver wants to take flight, a large drone—reportedly measuring about 17 feet by 17 feet—will swoop down, scoop up the pd, and fly away with it like an eagle snatching up a rabbit for dinner.

The concept is not connected to Airbus's existing plans for its Vahana flying machine, according to reports. Vahana, an electrical-powered vertical-takeoff-and-landing aircraft capable of autonomously flying a passenger around, is expected to make its first test flight by the end of the year. The Italdesign/Airbus collaboration, on the other hand, appears to be more of a proof-of-concept vehicle than anything bound for production. Then again...these days, who knows?