Thankfully, this one has a roll cage. 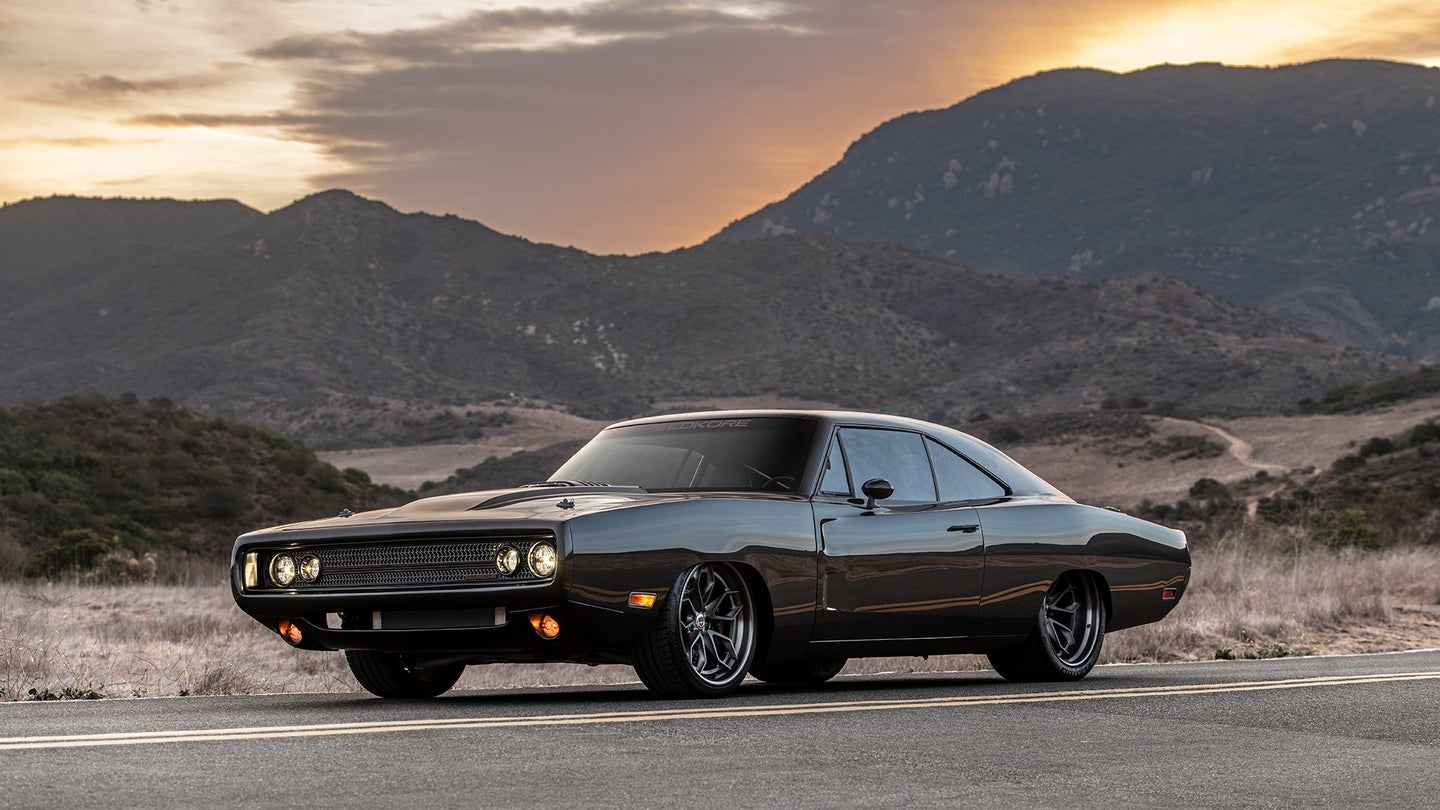 On top of being a well-known actor and comedian, Kevin Hart is also an avid muscle car collector. In 2019, Hart made news after he was injured as a passenger when a friend crashed his 1970 Plymouth Barracuda, completely totaling the hunk of restomod American steel. Now, Hart is back behind the wheel of another Speedkore-built classic, this time with a roll cage behind him.

Earlier this week, both the comedian and tuning company began dropping hints that the new project was finished, and by Wednesday, Speedkore revealed the car in its entirety. Meet the 1,000-horsepower Dodge Charger dubbed "Hellraiser."

Speedkore started this project with a 1970 Dodge Charger and gave it the modern muscle treatment, which is essentially the car equivalent of finding the fountain of youth.

Up first for rejuvenation was the powerplant. Speedkore opted to make use of Dodge's most powerful consumer crate engine, the $29,995 Hellephant. This supercharged 7.0-liter V8 pumps out an incredible 1,000 horsepower and 950 pound-feet of torque, which is plenty for a cruiser like this. Power is sent to the rear wheels with an eight-speed ZF 8HP90 transmission, the same gearbox found in factory Hellcat-powered cars today.

And if more power wasn't enough, Speedkore also decided to modernize...everything else.

First up was the vehicle's body. The shop 3D-scanned an original 1970 Charger in order to create a series of molds and plugs that would be used to build composite body panels. The entire bespoke physique was then crafted in lightweight carbon fiber, which Hart ultimately opted to have clear coated so the car could be completed with an exposed carbon finish. To give an even more aggressive look, the builders also added a hood cut-out for the Hellephant's 3.0-liter supercharger.

Next came the chassis. The entire frame was redesigned by Speedkore in order to bring both safety and performance into this century, including an integral 14-point roll cage (something his wrecked Barracuda was lacking).

The front suspension was completely overhauled using components sourced from the C6 Chevrolet Corvette platform—this includes aftermarket parts from companies like Detroit Speed and Woodward. The rear suspension is a custom-designed four-link setup built by Speedkore that helps to put the power down with the help of a Ford nine-inch rear end.

Of course, the vehicle's entire interior was tastefully customized as well. Speedkore sought out the help of California-based shop Gabe’s Custom Interiors to reimagine the vehicle's persona in the theme of modernized muscle.

Together the shops developed bespoke interior pieces to polish the look of the restomod's cabin. This meant building a custom center console, steering wheel, dashboard, and door cards to complete the look. Contemporary amenities like a modern climate control system, fashionable dials and controls, as well as high-end audio by Focal were added to the build to heighten the sense of luxury and comfort.

Speedkore calls the Hellraiser the "pinnacle" of its design and engineering, justifying the use of the sold-out Hellephant crate engine. With bespoke craftsmanship and enough horsepower to cause some serious trouble, it's likely that sentiment holds true. As for the cost—it's not clear how much Hart paid for the car (though TMZ suggests it was "several hundred thousand dollars". However, we're guessing the first pedal-down romp will make it feel worth every penny.