NYC Toddler Dies Inside Burning Audi A6 After Doors Were Chained Shut, Dad Ran Away

Several propane tanks were also found inside the luxury sedan. 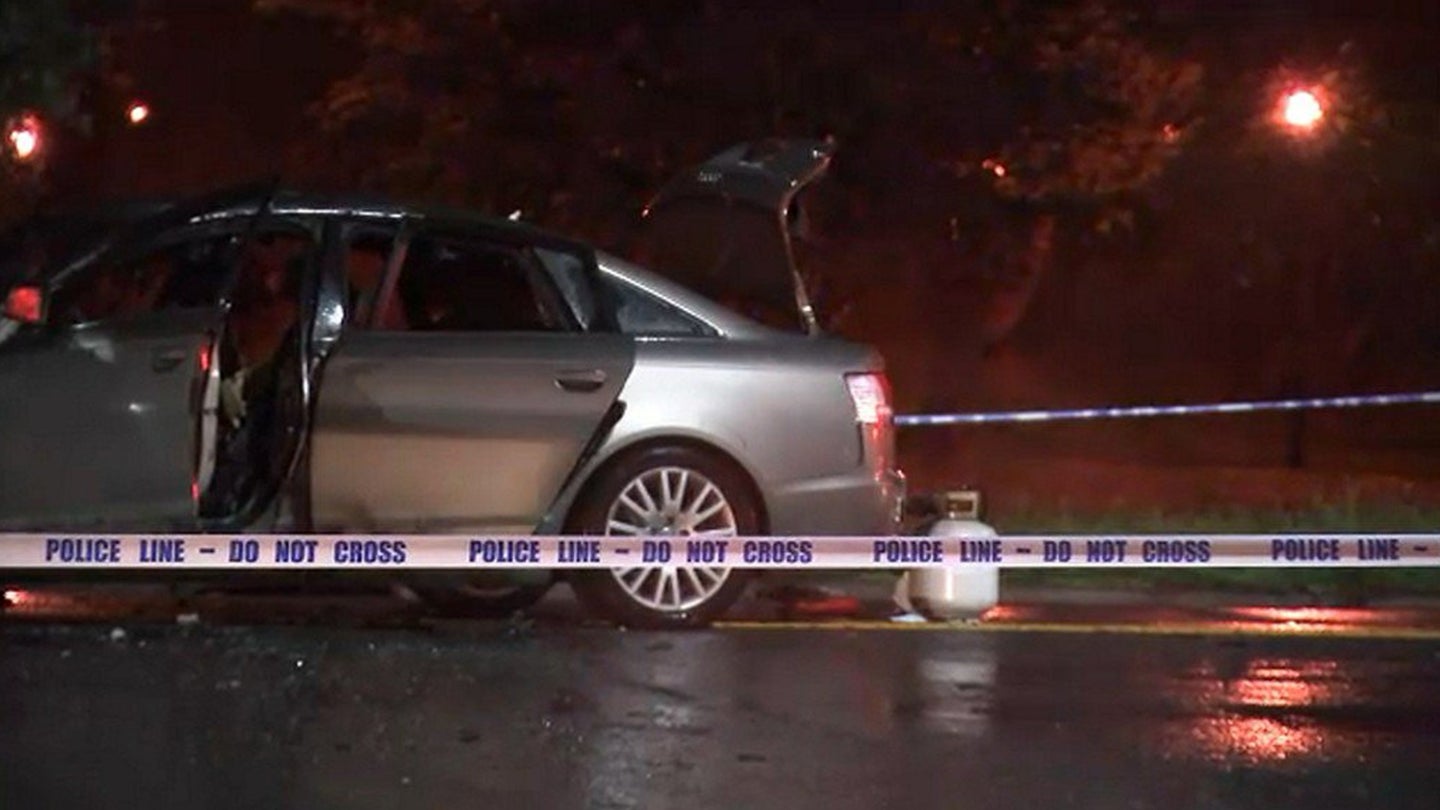 New York firefighters pulled a three-year-old girl from a burning Audi A6 sedan in Queens on Sunday night after her father (who was driving) ran away from the fire, reports the New York Post.

Officials were called to the scene after receiving reports that a vehicle was stopped in the middle of Baisley Boulevard near John F. Kennedy International Airport late Sunday. The toddler was reportedly locked in the back seat of the sedan with its doors chained shut and windows rolled up.

Eventually, the heat from the fire melted one of the interior door handles and allowed firefighters to remove the child from the burning car. Shortly thereafter, the child's 39-year-old father emerged from the front seat of the vehicle and took off running. A bystander directed the man to a nearby lake where he jumped in to douse the flames.

The child was rushed to a nearby hospital where she succumbed to her injuries. Her father was transported to the same hospital to be treated for second and third-degree burns to his body and face. He continues to remain in the hospital for treatment under while under the custody of police as a person of interest in the event.

“He was on a stretcher, He’s burned,” Lisa Silvera, a witness to the event, told the Post. “He looked white. So burned. With a mask on his face.”

Firefighters report that they located two propane canisters inside the vehicle—one in the back seat and another outside of the car. Though the investigation is still ongoing, it is believed that the incident may have been related to a custody dispute. Police reportedly continue to question the father regarding the incident but have not charged him with any crime at this time.

Concerned citizens armed with a large board and Alberta’s loudest Hawaiian shirt held the arsonist down until police arrived on the scene.