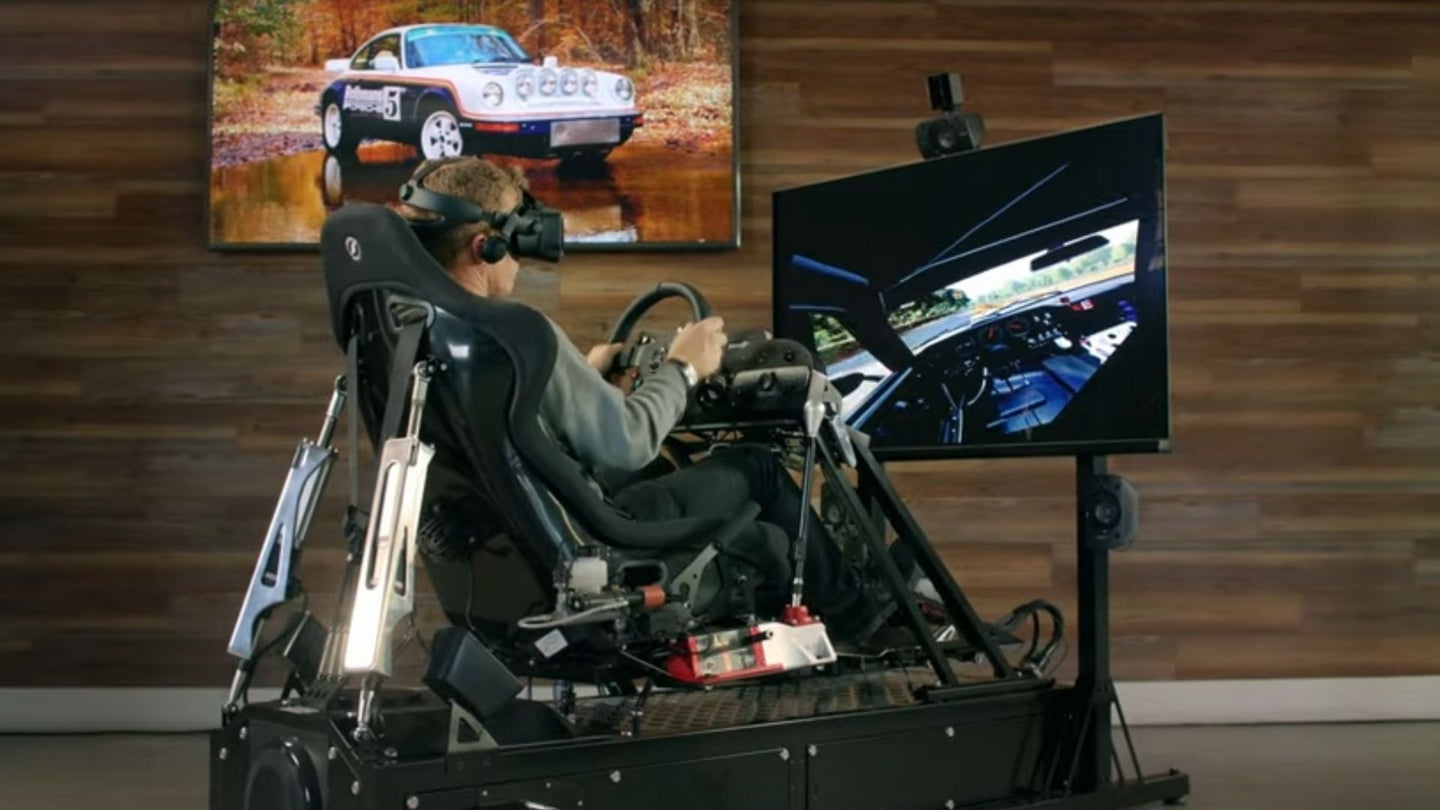 With 50-plus victories and six major championships, pro racer Patrick Long has two decades of rally experience behind him. And while he has stepped back from full-time racing to take on dual roles as Porsche Cars North America ambassador and Porsche Motorsport North America competition advisor, he can often be found keeping his skills fresh on top-of-the-line sims.

Paired up with CXC Simulations to test a new cutting-edge rig for a private customer, Long is using high-tech gadgetry to mimic the experience of off-road rallying in a vintage Porsche. That sounds a little backward when you say it, actually: a driver who specializes in analog-based racing is using the most modern technology available to practice his sport.

Using a combination of software (in this case, Dirt Rally 2.0) and hardware that represents a manual gear shifter alongside the requisite pedal trifecta, the simulator puts Long (and subsequently its owner) as close as he can get to racing.

“[Our customer] wanted a way to practice as much as possible in his tiny little apartment in Manhattan so that kind of told us all the things we needed to have,” CXC Simulations founder and CEO Chris Considine says in the video. “That meant building a very specific six-speed gated shifter with a certain feel; the dimensions all had to be exact. [We used a] hydraulic handbrake that matched the right throws and pressures and location in the car. It also had to be a single-screen VR because real estate is pretty expensive in Manhattan and he needed to put this in a tiny little room.”

The California-based CXC works with other pro drivers like IMSA GT champion Christina Nielsen, Indycar driver Oriol Servia, drifting champ Vaughn Gittin, Jr., and former F1 test driver Townsend Bell. According to the company's site, a standard setup starts at $63,000 and ranges up well past $100,00 for the pro version. If you tack on $3,000 for VR, $17,000 for a 77-inch panoramic screen setup, and vintage wheel for $2,200, that ratchets the number up even more. For a custom setup like the one Long is testing, I can only guess at the final price tag.

Then again, it's a lot less than buying a vintage Porsche and rally entry fees.

When Long isn't behind the wheel, he's the organizer of Luftgekühlt, one of the largest gatherings of air-cooled Porsches in the world. He may not be on the competition trail like he was ten years ago, but he's completely engaged with the brand both in the real and virtual world.

Got a tip? Leave a comment below or send a note to kristin.shaw@thedrive.com.