Three years after he decided he wanted to hone his drifting skills, T-Pain gets a new ride made for sliding. 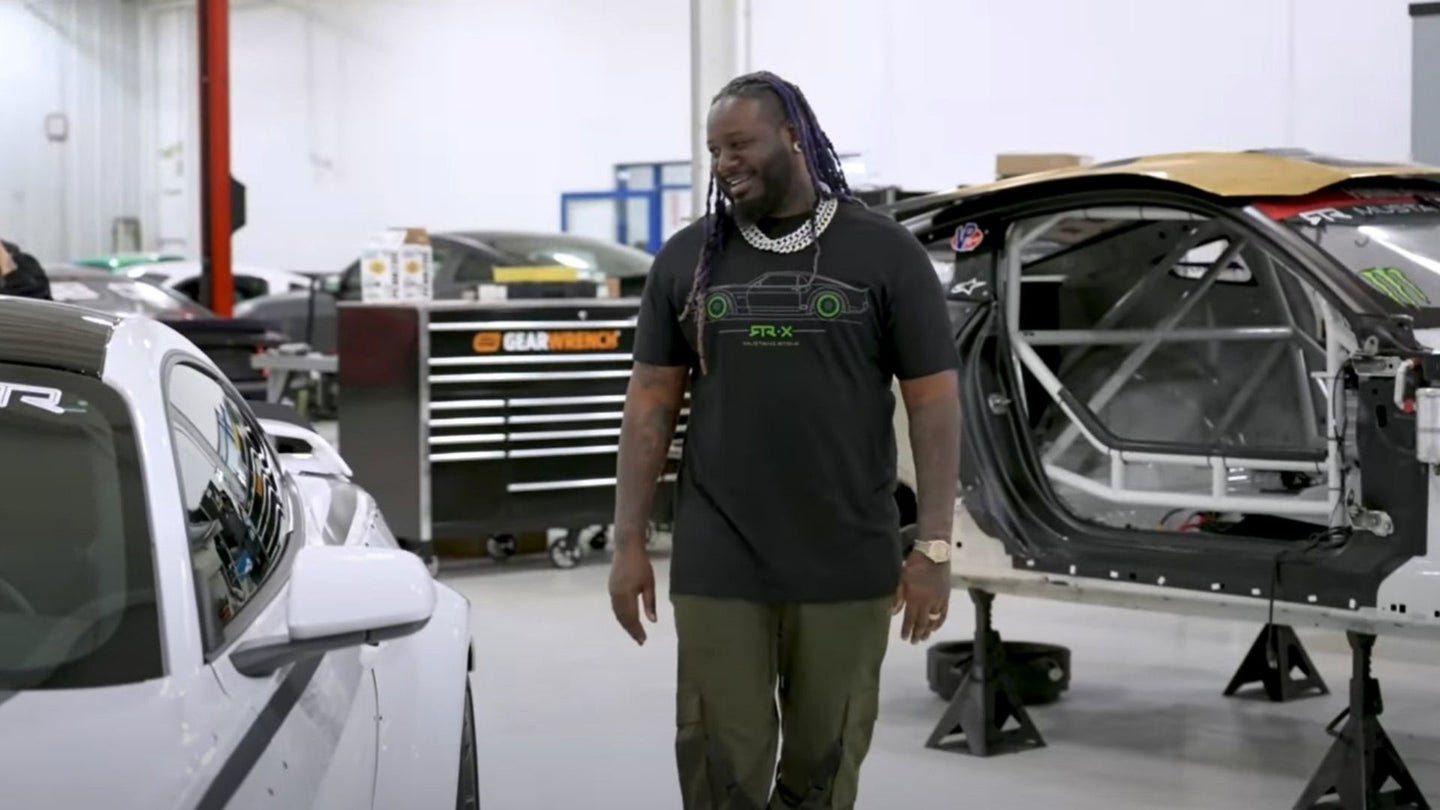 Known as the winner of The Masked Singer in 2019, Auto-Tune aficionado, and founder of the record label imprint Nappy Boy Entertainment, T-Pain is also a car guy. In 2018, the musician put out the call on Twitter for a wide-open drifting space in Atlanta and a few days later announced that he had purchased a 1995 Nissan 240SX S14 (V8 swapped with a Chevrolet LS3 engine, no less) for that purpose.

Three years later T-Pain is in full drifting mode with a new Ford Mustang customized by Vaughn Gittin Jr and the RTR team. A few days ago, T-Pain took possession of his Mustang and showed off his drifting skills in the RTR backlot, emerging with a giant grin.

“You are a lunatic, and I like it,” Gittin Jr. said to T-Pain after the celebrity’s first run.

Then Gittin, a world champion drifter and winner of the 2020 Formula Drift Championship, took T-Pain and his crew out for joyrides, giving instruction and tips while drifting. He definitely knows what he’s talking about: the same year T-Pain tweeted his desire to go out drifting, Gittin became the first person to drift the entire 12.9-mile Nordschleife circuit at the Nurburgring in his own 900-horsepower Ford Mustang RTR drift car.

As he was showing his client the features of the Mustang, Gittin told him that this is not a normal spec car.

“It’s our Spec 5 without a supercharger, and we added coilovers and a steering angle kit,” Gittin said. And then he revealed a special touch just for the singer: “Normally we badge it with our spec but we didn't want you to forget where you came from, so we called this the C-137.”

In case you’re not familiar with the Adult Swim hit Rick and Morty, it’s a show about a mad scientist who drags his grandson along on sci-fi-based capers. C-137 is the dimension Rick and Morty are from. T-Pain is such a fan of the show that he had his Nissan Silvia S14.5 wrapped in custom Pickle Rick livery, based on a famous episode during which Rick turns himself into a pickle to escape family therapy.

T-Pain may not be drifting to another galaxy but he's definitely on his way to some new feats, Auto-Tune and all.