Porsche celebrates its 70th Anniversary in the United States this year, and much of its growth into a major company happened thanks to U.S. sales. 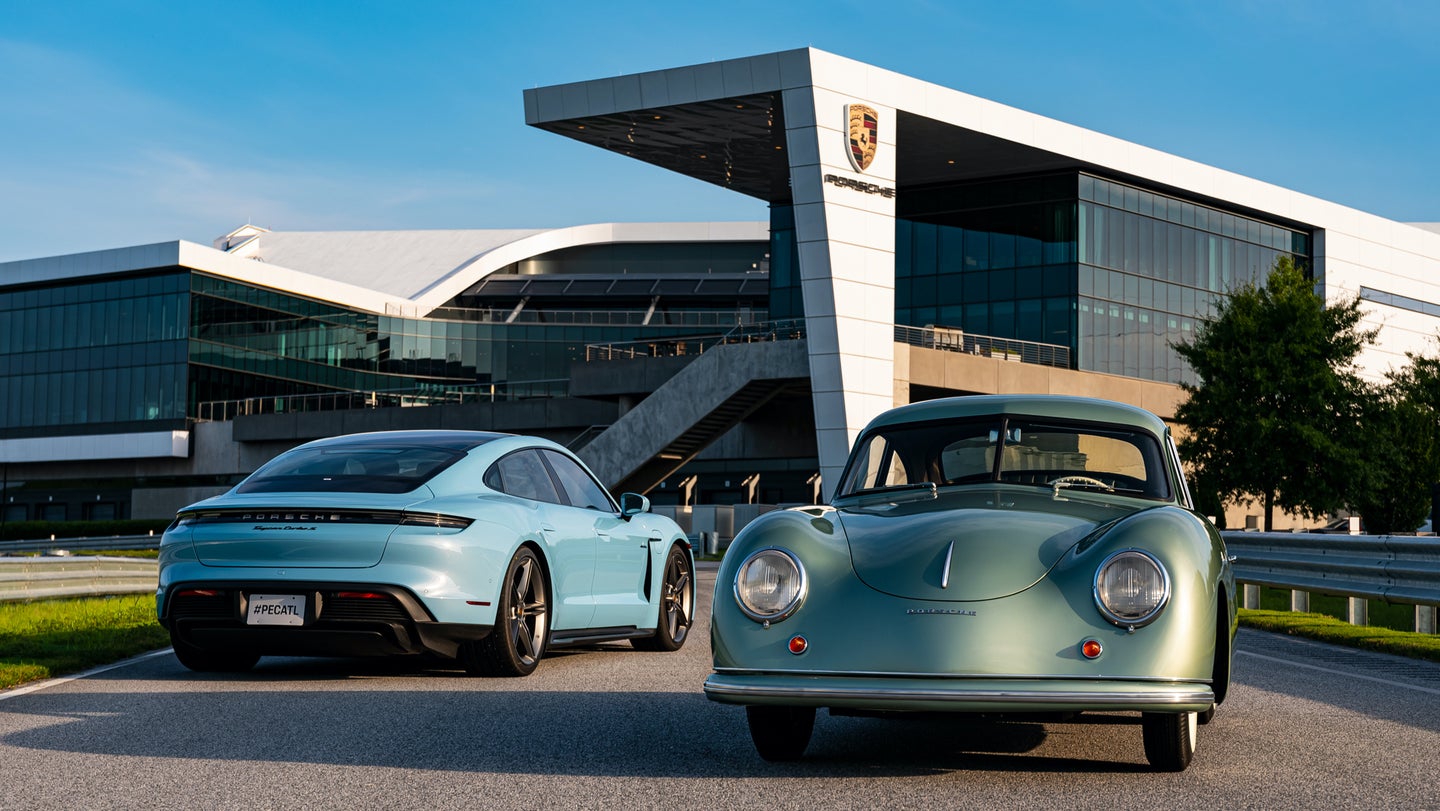 Fun fact: 74.6 percent of Porsches sold around the world in 1965 went to the United States. It's safe to say that Porsche wouldn't be anywhere near as huge as it is today if it hadn't been for Porsche fans here, and that's all thanks to a couple of early dealerships who knew exactly how to sell them.

Porsche celebrates its 70th year in the United States this fall, and the story of how they got here — and how Porsche became so big — all goes back before the first 356 ever hit German streets.

Austrian expat Max Hoffman fled Europe for New York in 1941, fearing the worst as a man of Jewish descent in a continent threatened by Nazis, per the Automotive Hall of Fame. In 1947, he opened Hoffman Motor Car Company on New York City's Park Avenue, which grew into a successful importer of European cars—so much so that they started importing smaller brands, too, so long as those brands had a decent shot at success.

Hoffman already knew Ferdinand Porsche from his years as a lawyer in Vienna, but it was journalist Max Troesch who tipped Hoffman off that the Porsche 356 was really, really good, and encouraged him to reach out to Porsche. The first two 356s—both 1.1-liter coupes—arrived at Hoffman's dealership in fall 1950.

According to Porsche (the company), Porsche (the man) and Hoffman had an interesting conversation at the Paris Motor Show later that year. Porsche said he'd be happy to sell five cars a year in America, but Hoffman responded, “If I can’t sell five a week, I’m not interested.” The initial deal was to import 15 cars a year, but it quickly expanded beyond that.

The Porsche 356 was more expensive and had a smaller engine than many of its rivals at the time, but Hoffman saw it as a unique, great-handling sports car that you could use every day. Hoffman's ads claimed that the 356 offered “A new conception in handling, roadholding, suspension and safety never known before," calling it "One of the World's Most Exciting Cars."

Another Austrian expat in the U.S., John von Neumann, was also pretty excited by the 356 after purchasing one from Hoffman. Neumann had his own dealership in North Hollywood, California, Competition Motors, which he had opened in 1948. Neumann raced cars, too, and helped popularize the 356 both in motorsports and through celebrity customers including James Dean. It's probably no coincidence that Porsche maintains such a huge presence in racing to this day. If you want to sell performance cars, you should show off their performance.

The introduction of the lower-priced $2,995 Speedster in particular was a hit. That car was inspired by the 356 America Roadster that was made to fulfill Hoffman's request for an entry-level lightweight car. That's how important U.S. sales were to Porsche.

Hoffman eventually beat his five Porsches a week, selling 11 per week in 1954, accounting for 30 percent of Porsche's total sales. By 1955, there was an independent U.S. distribution network, the Porsche of America Corporation, which is basically the precursor to the Porsche Cars North America entity we deal with today. In 1965—the final year of the 356—nearly three-fourths of all Porsche sales went to the United States.

Porsche still sold half of its cars in the United States in the 1990s, but a slump in sales and outdated processes meant that the company struggled financially, per Der Spiegel. After a thorough modernization and reorganization of the company that even involved bringing in consultants from Toyota, the introduction of the Porsche Boxster helped revive the brand's popularity—and finances.

In 2003, the Cayenne widened Porsche's appeal and became its most popular model in the U.S. for several years afterwards. It's a Porsche that can tow a Porsche, because yo dawg, they heard we liked Porsches.

To celebrate this important 70th anniversary Porsche released this set of historic photos from its archives related to the rise of its presence in the United States, and also took some additional photos of one of their oldest cars, the 356, next to one of its newest, the Taycan Turbo S. The 356 in the new photos isn't Max Hoffman's, but it is a Radium Green model just like the first two delivered to Hoffman in 1950.

The new photos were taken at Porsche Cars North America's headquarters-slash-the Porsche Experience Center in Atlanta, Georgia, which opened in 2015. The first event in that space was for the 911 GTS Club Coupe, a 60-car-only special built to celebrate the Porsche Club of America's 60th Anniversary. According to Porsche, PCA is the largest single-marque club in the world.

Limited-run supercars are a great place to introduce and sort out new technology before it goes into mass-production cars.