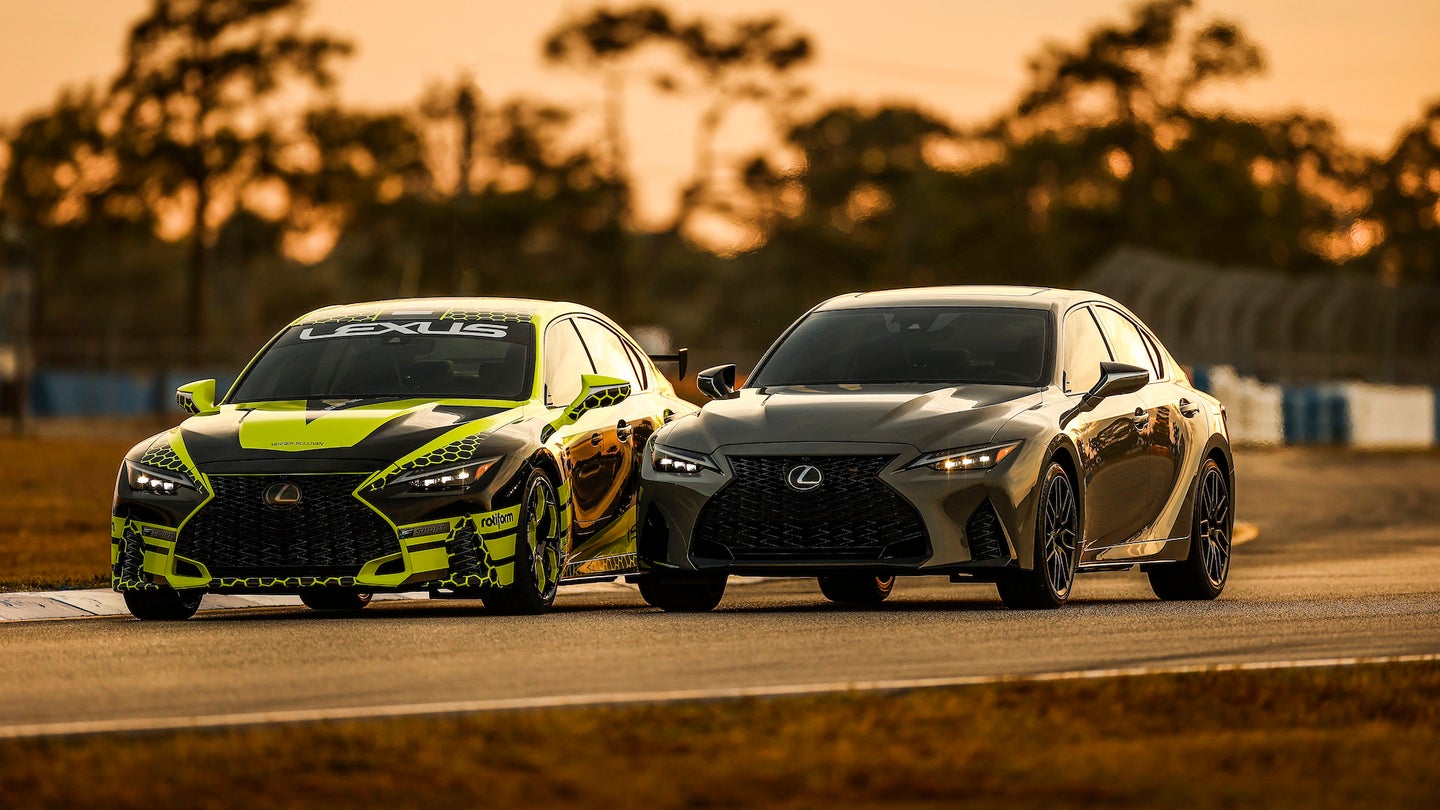 In the face of widespread electrification and dwindling demand for sedans, Lexus caused quite the disturbance when it announced the 2022 IS 500 F Sport Performance, a compact sport sedan powered by the company's 5.0-liter, naturally aspirated V8. Now plug your headphones in, because there's now onboard footage of the car making its way around a track.

This video uploaded to The Awesomer YouTube channel shows the V8-powered IS making its way around Eagles Canyon Raceway in Texas, with none other than pro race car driver and IndyCar commentator Townsend Bell at the wheel.

This shouldn't come as a surprise to anyone familiar with this motor but, as it turns out, the car sounds quite good. Have a listen:

Making 472 horsepower and 395 pound-feet of torque, it's essentially the same engine found in the LC 500 and RC F, as well as the discontinued GS F and IS F sedans. As someone who happens to be in possession of an LC 500 at the moment (review incoming soon), the sound Lexus' 5.0-liter makes is glorious and I'm glad to see the aural appeal carried over to the more practical IS 500. It's loud and musical and rowdy and quite possibly the very best part of the LC 500.

Put this engine in more cars, Lexus. More ears deserve to bask in its magnificence before everything is electric.

Weighing just 143 pounds more than the IS 350 (and, believe it or not, a whopping 449 pounds less than that LC 500), the IS 500 hits 60 mph in 4.5 seconds. Other performance enhancements include bigger brakes with improved cooling, lighter 19-inch Enkei wheels, and a new Yamaha rear performance damper.

Pricing has yet to be announced.

Got a tip or question for the author about the IS 500? You can reach them here: chris.tsui@thedrive.com

We can already smell the ADM.

Not quite a full IS F, but it’ll fight the BMW M340i, Mercedes-AMG C43, and Audi S4 with eight beautiful, naturally-aspirated cylinders.