One North Dakota man had his work cut out to clear his truck of this squirrel’s secret stash.

Squirrels are much like humans in that they are capable of forward planning to manage their food stores over a long period of time. However, the cute little mammals aren't capable of real agriculture, nor building silos to store their harvest. Instead, one enterprising little rodent decided to stash its nuts for the winter in the engine bay of a truck, reports the Grand Forks Herald.

North Dakota man Bill Fischer found his Chevrolet Avalanche overflowing with black walnuts after leaving it parked for just four days, according to the Herald. In photos posted to Facebook, Fischer shows off 5-gallon buckets filled to the brim with nuts. Apparently the work of a single industrious red squirrel, every nook and cranny of the engine bay and fenders had been stuffed full. Fischer ended up removing the entire front clip of the vehicle in order to clear everything out.

"I had to pull the fenders off and clean out all the walnuts out," Fischer told the Herald, noting that his efforts were not 100% successful. "I have some rolling around the frame, rails wells as well, that I can't get at," Fischer added.

One photo posted by Fischer shows he was able to fill a total of seven buckets with the nuts pulled out of the truck. With each bucket apparently averaging 26 lbs, that one enterprising squirrel apparently managed to harvest well over 150lbs of walnuts for the winter. It certainly would have made for good eating. Fischer later stated he had 42 gallons of nuts available, "Naturally grown" and "all hand (paw) picked by a squirrel." The Drive reached out to Fischer who confirmed that he was able to get the job finished and the Chevy back on the road.

It's something we've seen before, too; a Kia Sorrento from Pittsburgh got absolutely loaded up with walnuts back in 2019. In that case, the engine bay was also stuffed with plenty of moss and branches too. Such situations can lead to disastrous results. Overheating likely due to a lack of airflow, and fires possible where combustible material is jammed up next to a hot exhaust. If driven in such a state, a vehicle could quickly be totaled if things go wrong.

If you live in an area with squirrels or other rodents that store food or nest, it bears checking under the hood from time to time to make sure nothing is amiss. It's particularly important for vehicles that are left to sit for extended periods of time. Sometimes though, even if the critters don't leave anything behind, they'll simply gnaw on the wiring instead. Headaches abound either way! 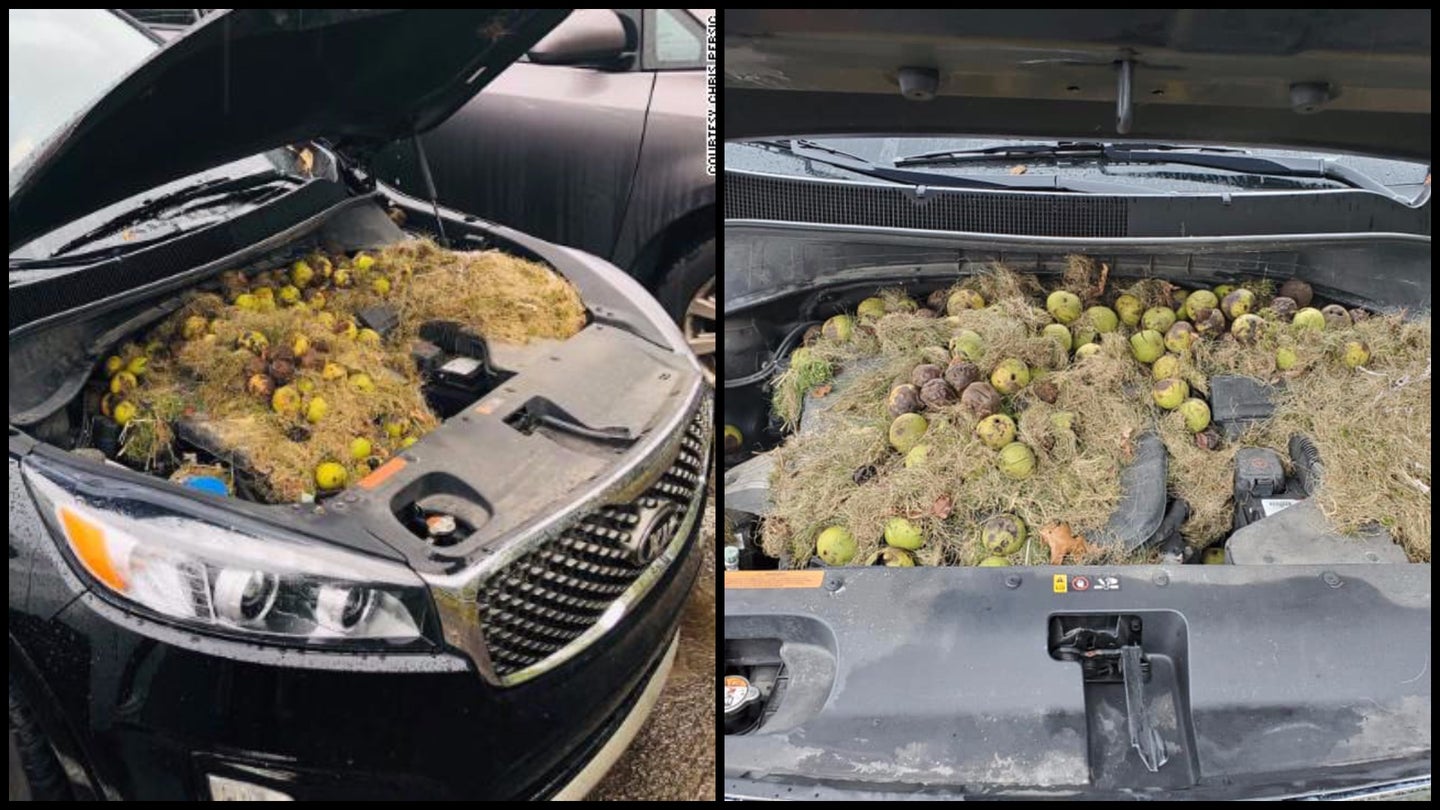 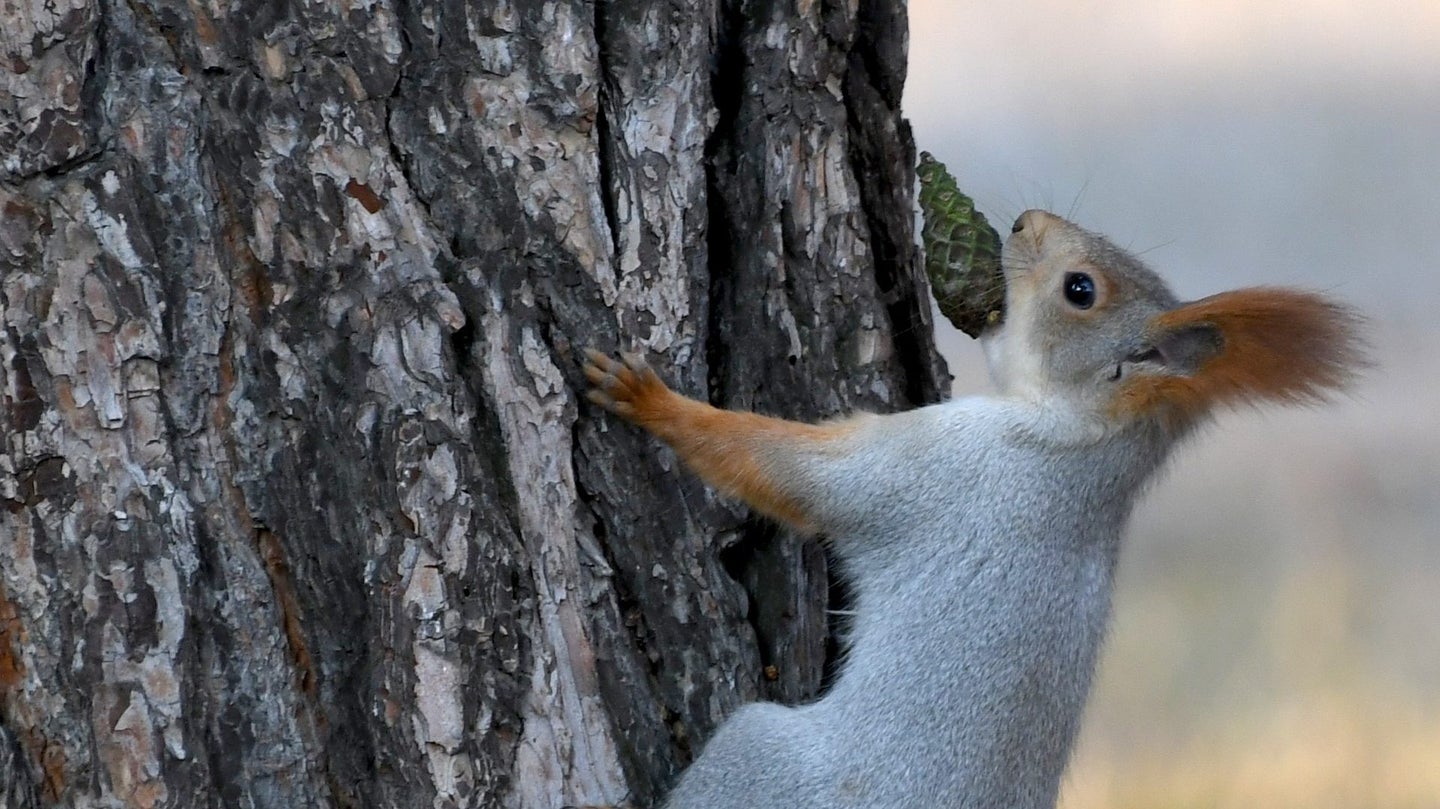 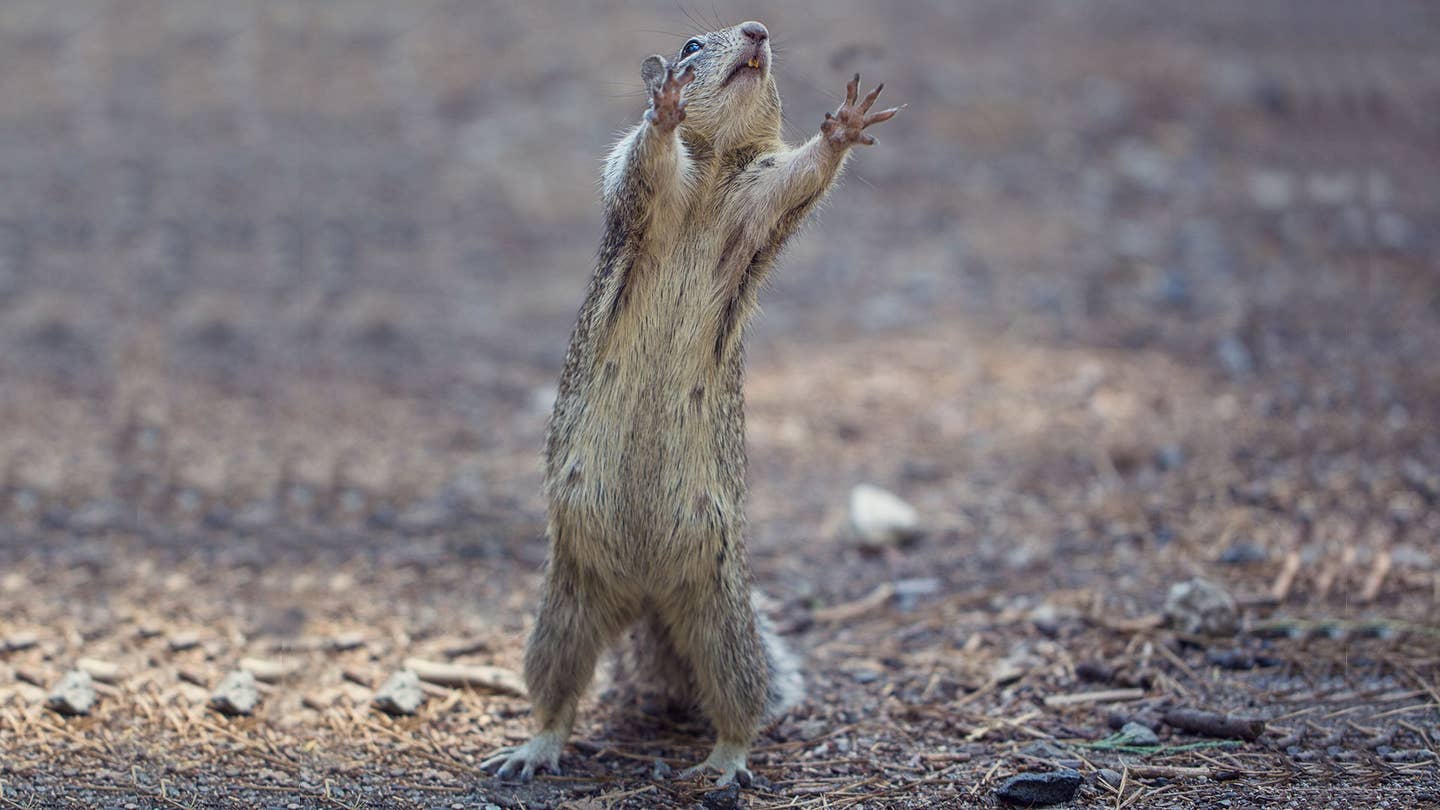