As this guy proves, it's the perfect ride to take through a decommissioned desert mine. 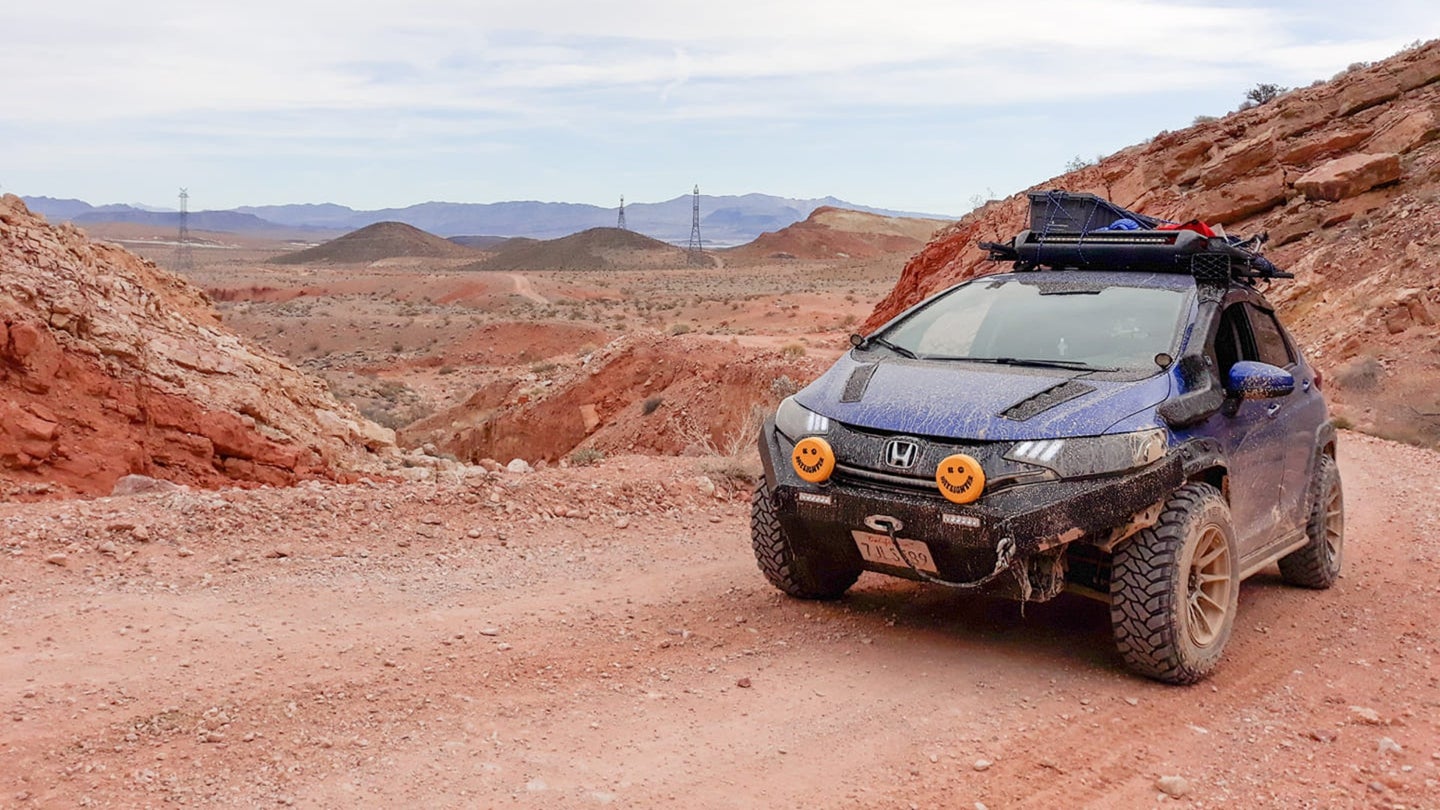 In 2015, Honda's ad campaign for the new-generation Fit was "Fit for you," and apparently, Jefferson Palma took that to heart. He actually made his tiny blue four-door fit his lifestyle even better by turning it into an overlanding-style off-roader. It's not just for show either as he chronicles his adventures on YouTube, with his latest showing a day trip through an abandoned mine.

This Fit sports 30-inch all-terrain tires under a lift-kit measuring two and a half inches in the front and four and a half for the rear. The snorkel adapted from a Toyota Land Cruiser is fully functional, and it wears fender flares from a Jeep Cherokee. The rear hatch sports a spare tire mount, tow hitch, signal boost antenna and two small jerry-cans, which nicely complement the overhead roof rack storage. Finally, a front steel bumper with a winch, LED lights and rock guard sliders complete the build.

Really, it looks like a SEMA build that actually works as a daily driver.

Palma's YouTube channel Whatzs Production is filled with the Fit's off-road explorations, including a drive through the Reward Mine Trail in California. It's a challenging route that travels directly through the decommissioned mine, through pitch-black tunnels and tricky corners. The beauty of the Honda Fit's compact size is that it's actually small enough to drive into the chunk of carved-out earth.

If you do happen to find yourself driving through a mine, make sure to be aware of your surroundings. It's easy to get lost, and there aren't many areas to pull a three-point turn. Jeff mentions throughout the video that this is not a trail for amateur off-roaders, so bring gear, bring a buddy and let others where you're going be.

You can follow this Fit's travels via YouTube or Instagram as it continues to prove itself out in the field. In the meantime, maybe Honda should consider an off-road package for the next Fit?