The Toyota 86 is supposed to be a back-to-basics sports car. This rolling parts catalog is anything but. 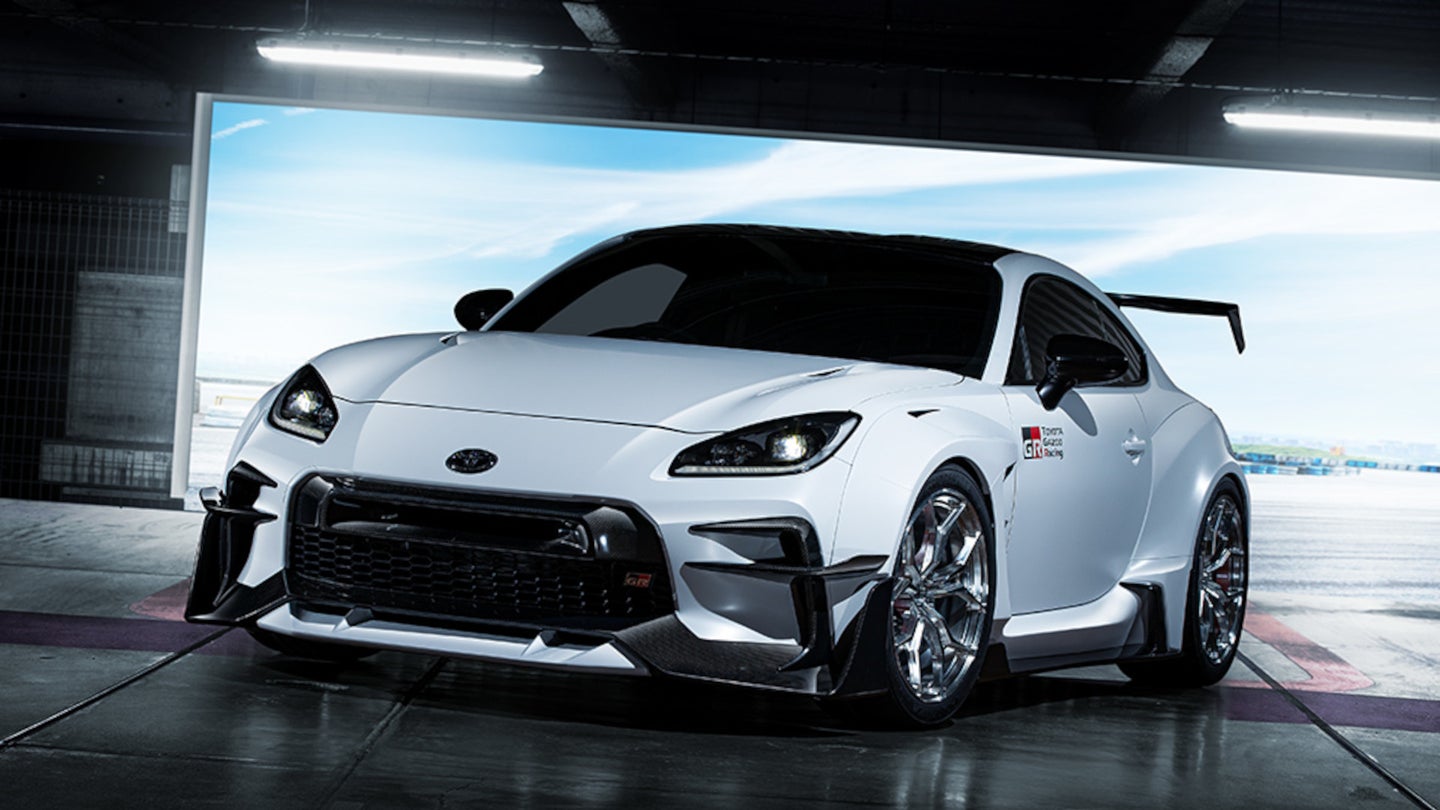 The Toyota 86 has long been a favorite of the tuner scene. While it isn't quick out of the box, it's a great handling package that's ready to accept a multitude of bolt-on parts from the aftermarket scene. Toyota hopes to continue this with the new GR 86, and it's enlisted the help of Gazoo Racing to do it. The company's own tuning house has turned out the following result—the GR Parts Concept GR 86.

Having Gazoo Racing modify a car that already bears its initials is confusing, but stick with it. The company has developed a selection of body and performance parts to demonstrate an idealized picture of a modified GR 86. It's a polarizing look, one that might recall the overblown Fast and Furious style popular in decades past. Fans of the big and bold, however, will find a lot to like here.

Aero is a major focus of the kit, starting with a rather serious front splitter. It's paired with canards that let you know this build isn't mucking around. There's also a large inlet duct to help funnel cool air into the engine bay, which looks suitably racy. Big front ducts are a bit of a staple of Gazoo Racing's style, as seen on the GR Yaris as well.

The front wheel wells get vented, again for aero gains, while the rear wheels get 43mm-wide overfenders to help fit a bigger wheel and tire package. 19" forged wheels should come in a bit lighter than the stock wheels while filling out the stance nicely. The sideskirts also feature ducts to try and guide air around the rear wheel area for further aerodynamic gains.

At the back, there's a suitably aggressive diffuser, as well as a four-outlet exhaust added for a nicer sound and presumably better flow over stock. There's no power bump mentioned, but the upgrade would likely have a small positive effect. The picture wouldn't be complete without a gigantic GT wing, either, so there's a nice big one sitting proud on the rear.

It's a statement that Gazoo Racing sees the value in the GR 86 as a highly-customizable tuner platform. It's also further reinforced by its work with other famous tuning houses in Japan. Whether its to your taste or not, it's great to see a major automaker like Toyota putting such support behind its flagship performance brand.

Toyota’s sports car was once available with steel wheels, unpainted bumpers, and no air-conditioning. But will we see this with the new one?