How many hours is that from now? 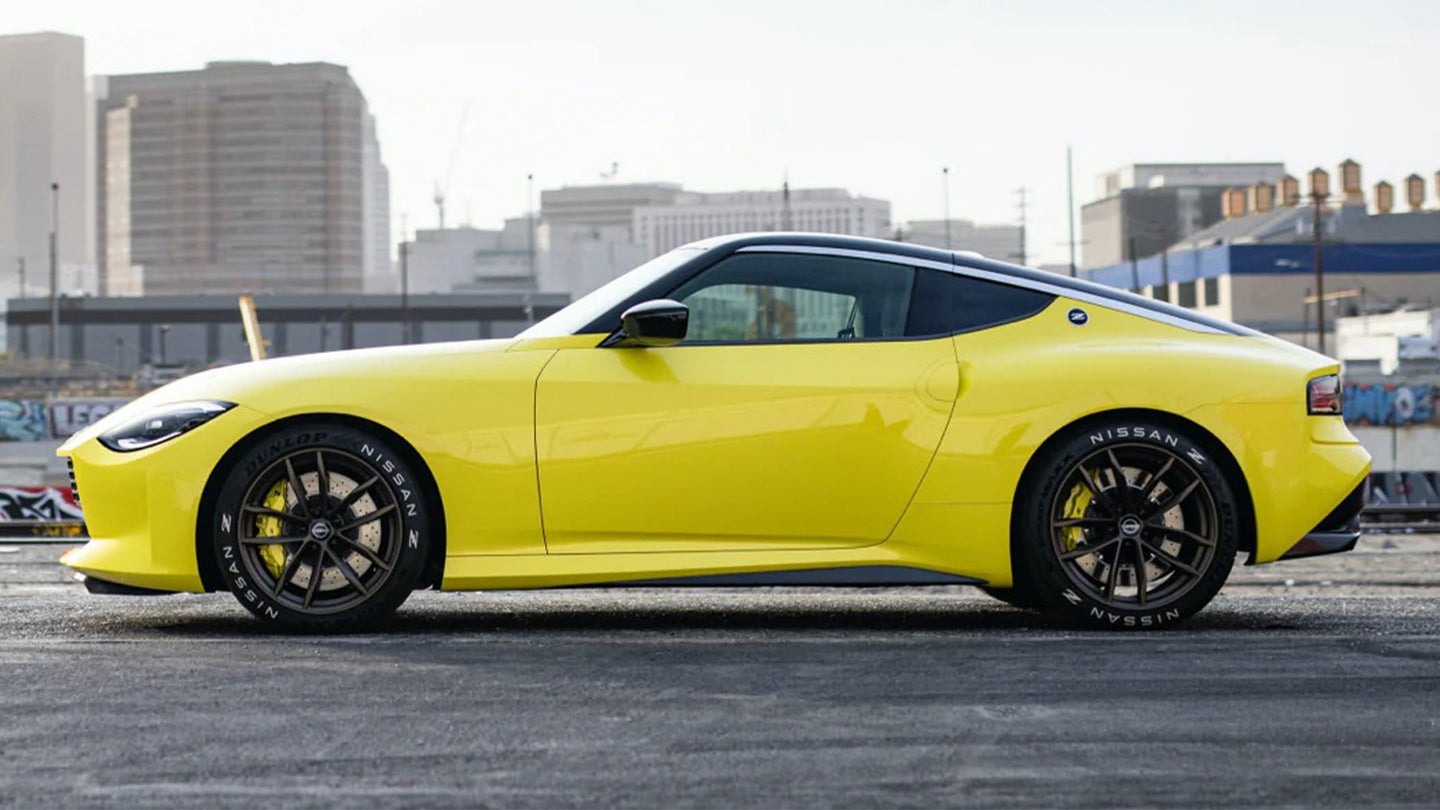 Same as you, we've been waiting to see the new Nissan Z in its full production spec for what feels like ages. We've spent a bit of time with the Z Proto, which is suspected to essentially mirror the car you'll be able to buy, but everyone wants the real deal. Our anguish at least has an expiration date now because Nissan confirmed Thursday that the Z is being revealed on August 17.

The car company didn't disclose many details aside from the date and the reveal's location: New York City. Apparently, if you spend years on end building hype for your next sports car, you can host a debut event on the nation's largest stage. Beyond that, a supposed leak from last month claims that orders will open November 15, which seems like a good possibility.

Various reports predict that the 370Z's long-awaited successor will be powered by a 400-horsepower version of the VR30DDTT. A twin-turbo, 3.0-liter V6 sounds great from a performance perspective, and a six-speed manual is all but confirmed, too. Pair all that with rear-wheel drive and a starting price at or below $40,000 and you've got any enthusiast's attention.

We'll be fully prepped for the Z's mid-summer launch so tune into The Drive if you want all the deets. In the meantime, we'll keep scouring internet forums for more photos of that sick ducktail spoiler.

Got tips or questions about the new Nissan Z? Contact the author directly: caleb@thedrive.com