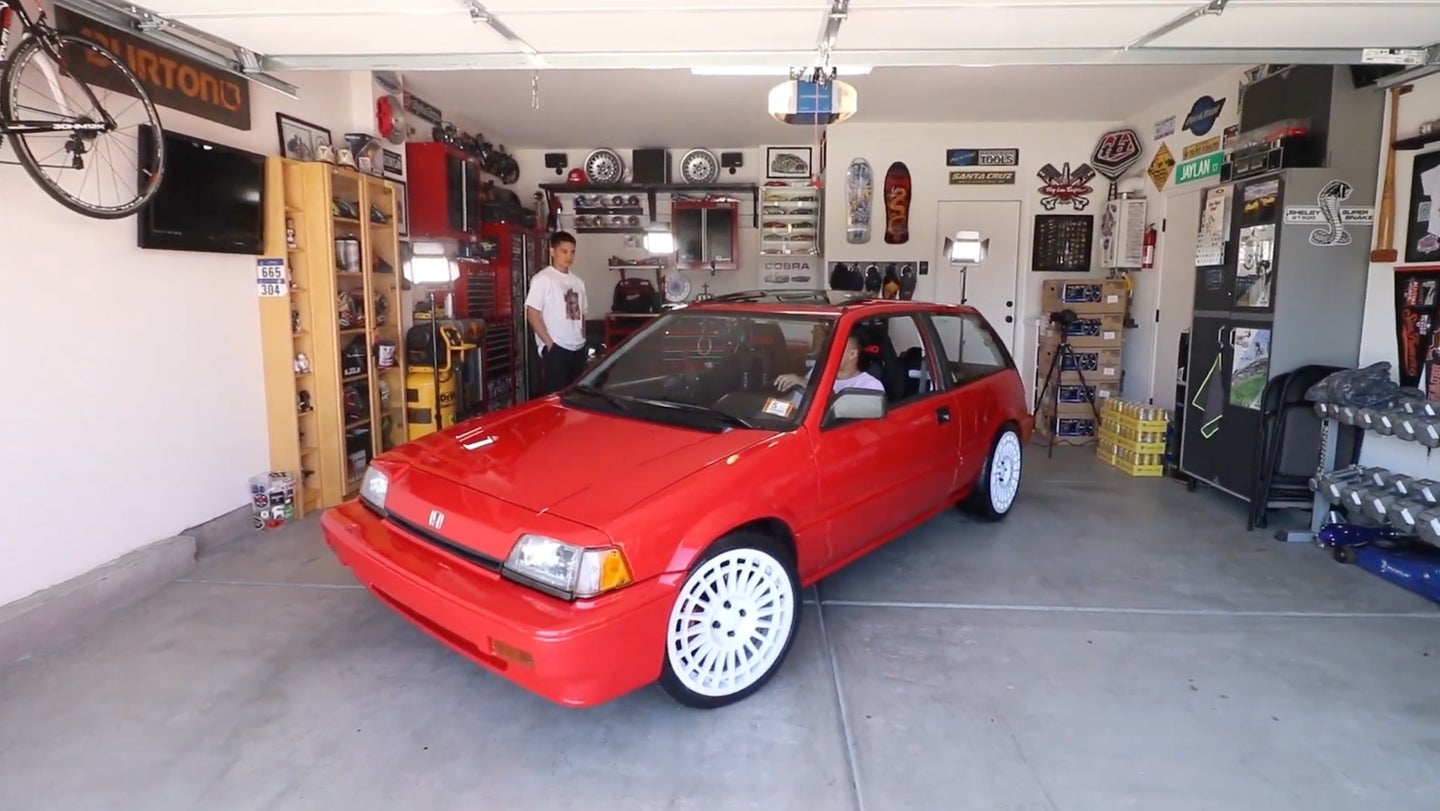 For reasons beyond our collective control, much of the past year or so has been spent cooped up in our homes with our families. New hobbies were attempted, Netflix was binged in its entirety, and, for better or worse, we probably got to know the people we live with a whole lot better. The Cortez's, however, went a different way.

As a surprise documented on the clan's auto-focused YouTube channel, they decided to spend many of their quarantine hours restoring their father's first sporty car: a 1987 Honda Civic Si. A cool, unpretentious ride for a cool, unpretentious guy. Over the course of eight months, this dusty hot hatch that apparently sat neglected in the family garage for over two decades was transformed back into a hot-and-shiny machine perfect for autocross, an activity Papa Cortez hadn't participated in since the mid-'90s.

Along with a fresh coat of red paint and a set of Fifteen52 Integrale wheels, this classic Honda was renewed with BC Racing coilovers, a Wilwood 4P big brake kit up front with rebuilt drum brakes in the rear, Recaro seats with the four-point harnesses, Mugen steering wheel, pedal faces, and shift knob, as well as a new valve cover gasket, iridium spark plugs, and clutch cable, among many other things.

The final reveal plays out a bit like the last five minutes of every episode of Pimp My Ride except here the car is actually good, the mods are tasteful, Xzibit is nowhere to be found, and there's less screaming. In any case, the O.G. Civic Si is a certified Good Car and it's always nice to see an otherwise decaying one brought back to its former glory and enjoyed the way it was meant to be enjoyed once again.